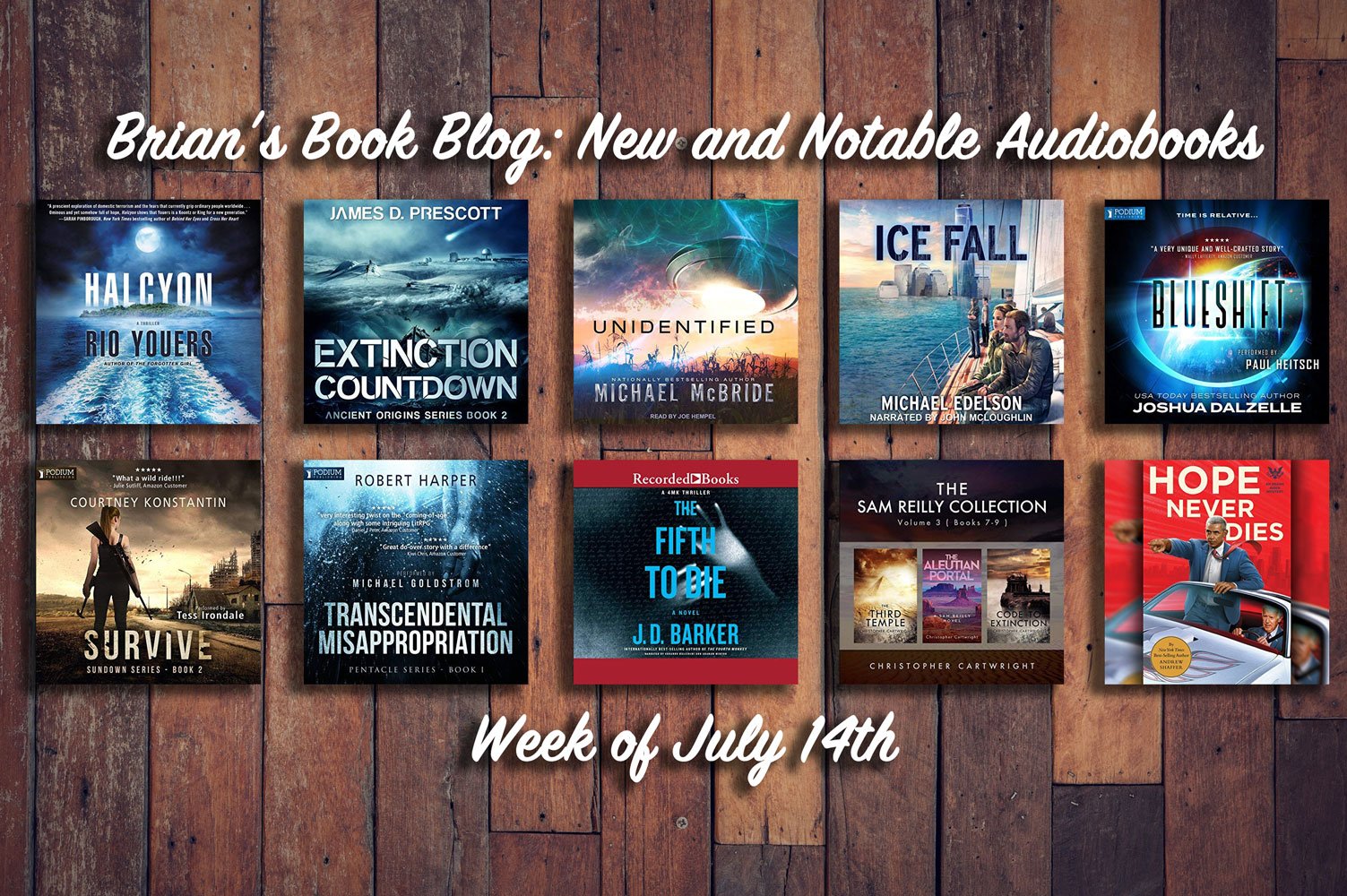 Welcome to Brian’s Book Blog’s weekly New and Notable Post for the Week of July 14th.  We share the 10 books from this week that caught our eye featuring Post-Apocalyptic, Horror, Sci-Fi, Thrillers, and more. Enjoy! 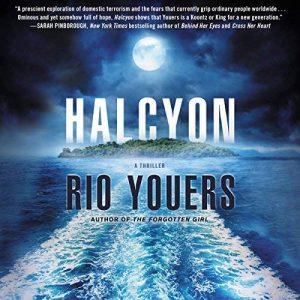 Halcyon is the answer for all Americans who want to escape, but paradise isn’t what it seems. A beautiful island in the middle of Lake Ontario – a self-sustaining community made up of people who want to live without fear, crime, or greed. Halcyon is run by Valerie Kemp, aka Mother Moon, benevolent and altruistic on the outside, but hiding an unimaginable darkness inside. She has dedicated her life to the pursuit of Glam Moon, a place of eternal beauty and healing. And she believes the pathway there can only be found at the end of pleasure.

On the heels of tragedy, Martin Lovegrove moves his family to Halcyon. A couple of months, he tells himself, to retreat from the chaos and grind. He soon begins to suspect there is something beneath Halcyon’s perfect veneer and sets out to discover the truth – however terrible it might be – behind the island and its mysterious founder, Mother Moon. 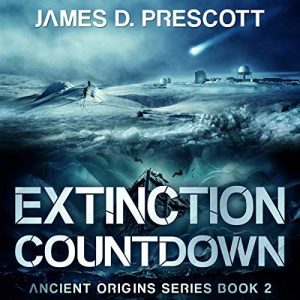 The greatest discovery in human history may also be our last.

Dr. Jack Greer’s startling discovery beneath the Gulf of Mexico proved to the world we were not alone in the universe. But when images from the Voyager Onespace probe reveal an alien doomsday ship hurtling toward the Earth, the human race seems marked for extinction.

As news of the approaching ship spreads panic around the globe, signs of a sinister plot begin to emerge – one that threatens to unravel the already fragile fabric of society and everything Jack and Dr. Mia Ward have fought for.

But could a mysterious signal emanating from inside Greenland’s ice sheet unlock the secrets hidden within our genome and prevent humanity’s destruction?

From the frozen fields of Greenland to the bustling Indian subcontinent and the cobbled streets of Rome, the race is on to stop the deadliest countdown to extinction the human race has ever known. 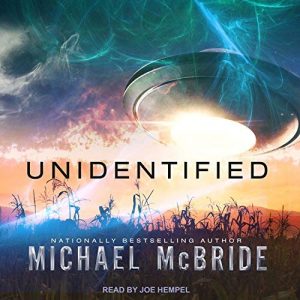 When a local girl goes missing, Karl realizes he and the other two survivors are her only hope. To find her, they must confront repressed memories so traumatic they’d driven Eric to take his own life…and creatures straight out of their worst nightmares. 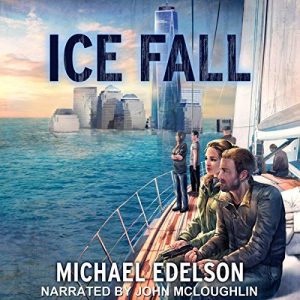 After losing everything in a bitter divorce, Peter retreats to a secluded cabin in the Catskill Mountains, where he is trapped by earthquakes and months of unrelenting snow. Just as he is convinced he is the only survivor of a mysterious global cataclysm, he meets a woman seeking refuge from a past she won’t reveal.

Her arrival rescues him from unbearable isolation, but when the snow finally stops and her secret catches up with her, Peter is forced to choose between saving her life and following his conscience.

His decision sends them running for their lives and searching for answers as the melting snow reveals a world unlike anything anyone has ever seen. Together they will learn not only what caused the greatest disaster in the planet’s history, but that the worst may be yet to come. 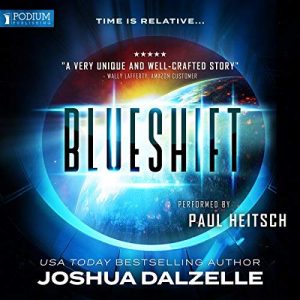 If you could be the first to lay eyes upon a planet orbiting a distant star, would you go?

The members of the Polaris Project knew what they were giving up when they volunteered to fly to the star named Angel-21, but the allure of being the first explorers to leave the Solar System far outweighed the risks. As it turned out, the most dangerous thing they faced wasn’t the mission…it was the homecoming. Eight hundred years have passed, and Earth is nothing like they thought it would be.

As Commander Markus Brentwood scrambles to uncover the mystery of what’s happened to Earth in their absence, he also must contend with an increasingly dysfunctional crew and a damaged ship that’s flying on borrowed time. What should have been a joyous return home after a long, hard mission has turned into a race to see which nightmare would kill them first. 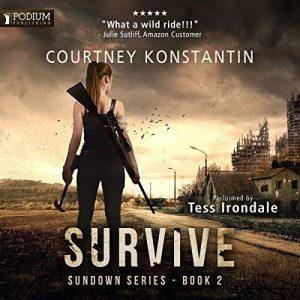 For Max Duncan, the word Sundown means one thing … run.

Corpses infected with a mysterious, incurable virus are roaming free throughout the United States, feasting upon the living. The Duncan family compound in Montana is Max’s only hope for survival – but to get there, she has to flee from South Carolina and survive crossing several states with her daughter Jack in tow.

Max has a choice to make. Does she risk her own life, and her daughter’s, to find the man she’s always loved?

Griffin Wells was Max’s high school sweetheart, and he has no idea that Jack is his child. Max still has feelings for him, and the apocalypse has suddenly brought those emotions to the surface, strong as they ever were.

But zombies are the least of their worries. The government knows more about the infected than it’s willing to let on, and the military has plans for Max’s family you’ll never see coming. 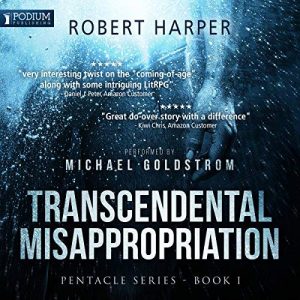 Danny’s life was going well. He had a steady job and plans to buy his own place. That was until some rogue junk mail decided he needed a change of scenery.

Now Danny’s got a new start in another world, and he needs to make sure he doesn’t squander this opportunity at making the most of this new life. 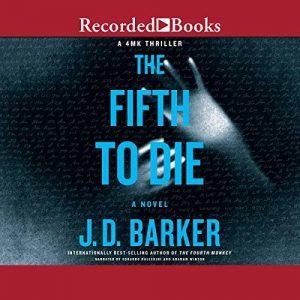 Detective Porter and the team have been pulled from the hunt for Anson Bishop, the Four Monkey Killer, by the feds. When the body of a young girl is found beneath the frozen waters of Jackson Park Lagoon, she is quickly identified as Ella Reynolds, missing three weeks. But how did she get there? The lagoon froze months earlier. More baffling? She’s found wearing the clothes of another girl, missing less than two days.

While the detectives of Chicago Metro try to make sense of the quickly developing case, Porter secretly continues his pursuit of 4MK, knowing the best way to find Bishop is to track down his mother. When the captain finds out about Porter’s activities, he’s suspended, leaving his partners, Clair and Nash, to continue the search for the new killer alone.

Obsessed with catching Bishop, Porter follows a single grainy photograph from Chicago to the streets of New Orleans and stumbles into a world darker than he could have possibly imagined, where he quickly realizes that the only place more frightening than the mind of a serial killer is the mind of the mother from which he came. 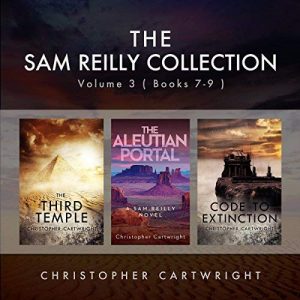 The next three novels in the Sam Reilly series!

A mystery wrapped in a myth about the origins of humanity. A race to find an ancient pyramid hidden in plain sight. A secret so dangerous its guardians will kill to protect it. And an ancient covenant that might save the world or destroy it completely.

In 1655, a group of explorers from the Emerald Star entered the Namibian desert in search of an ancient relic rumored to be hidden in a secret temple. None of the crew ever returned – but stories of their mysterious demise continued to be told.

In the present-day Turkish subterranean city of Derinkuyu, a strange wooden placard is discovered floating in an old well. It’s covered in the script of a language long forgotten, but Sam Reilly has seen the text before. The words suggest an ancient race might still exist and is in the process of building a new temple.

The question is: Is it the same temple where Dr. Billie Swan is being held prisoner?

A Russian cargo ship sinks in the shallow waters of the Bering Strait and somehow vanishes without a trace. In the Colorado Plateau desert, a cowboy follows a river of sand into an undiscovered ruin. A tunnel-boring operation between the Alaskan and Siberian peninsulas is stalled when its largest burrowing machine disappears into an abyss.

Sam Reilly leads a search and rescue mission for the missing ship and crew. What should be a simple operation quickly turns into something much more dangerous. He soon learns all three strange events are irrevocably interwoven, and unlocking their connection may just hold the key to the survival of the human race.

Extreme weather conditions are wreaking havoc on the world, and baffled scientists are unable to discover the cause. The most powerful hurricane in history approaches New York, while at the same time atmospheric rivers flood Las Vegas. Wildfires spread through Canada, and Europe is wracked by powerful earthquakes.

Most bizarre of all: A tempestuous mass of dark, foreboding sky seems to be spreading across the globe.

In Arizona, an astronomer tries to decipher the hidden message inside a 13,000-year-old megalithic stone, which just might hold the key to everything.

Can Sam Reilly and his unique team break the code to extinction? 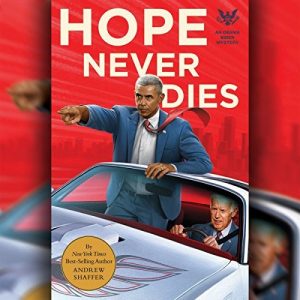 This mystery thriller reunites Vice President Joe Biden and President Barack Obama for a political mashup full of suspense, intrigue, and laugh-out-loud bromance. Vice President Joe Biden is fresh out of the Obama White House and feeling adrift when his favorite railroad conductor dies in a suspicious accident, leaving behind an ailing wife and a trail of clues. To unravel the mystery, “Amtrak Joe” re-teams with the only man he’s ever fully trusted – the 44th president of the United States.

Together they’ll plumb the darkest corners of Delaware, traveling from cheap motels to biker bars and beyond, as they uncover the sinister forces advancing America’s opioid epidemic. Part noir thriller and part bromance novel, Hope Never Dies is essentially the first published work of Obama/Biden fan fiction – and a cathartic listen for anyone distressed by the current state of affairs.

Week of May 30th New and Notable Audiobo