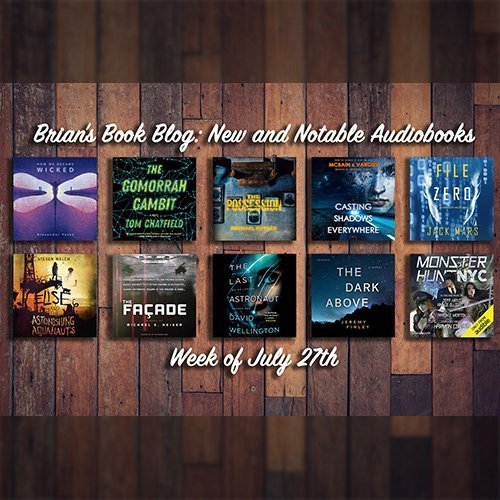 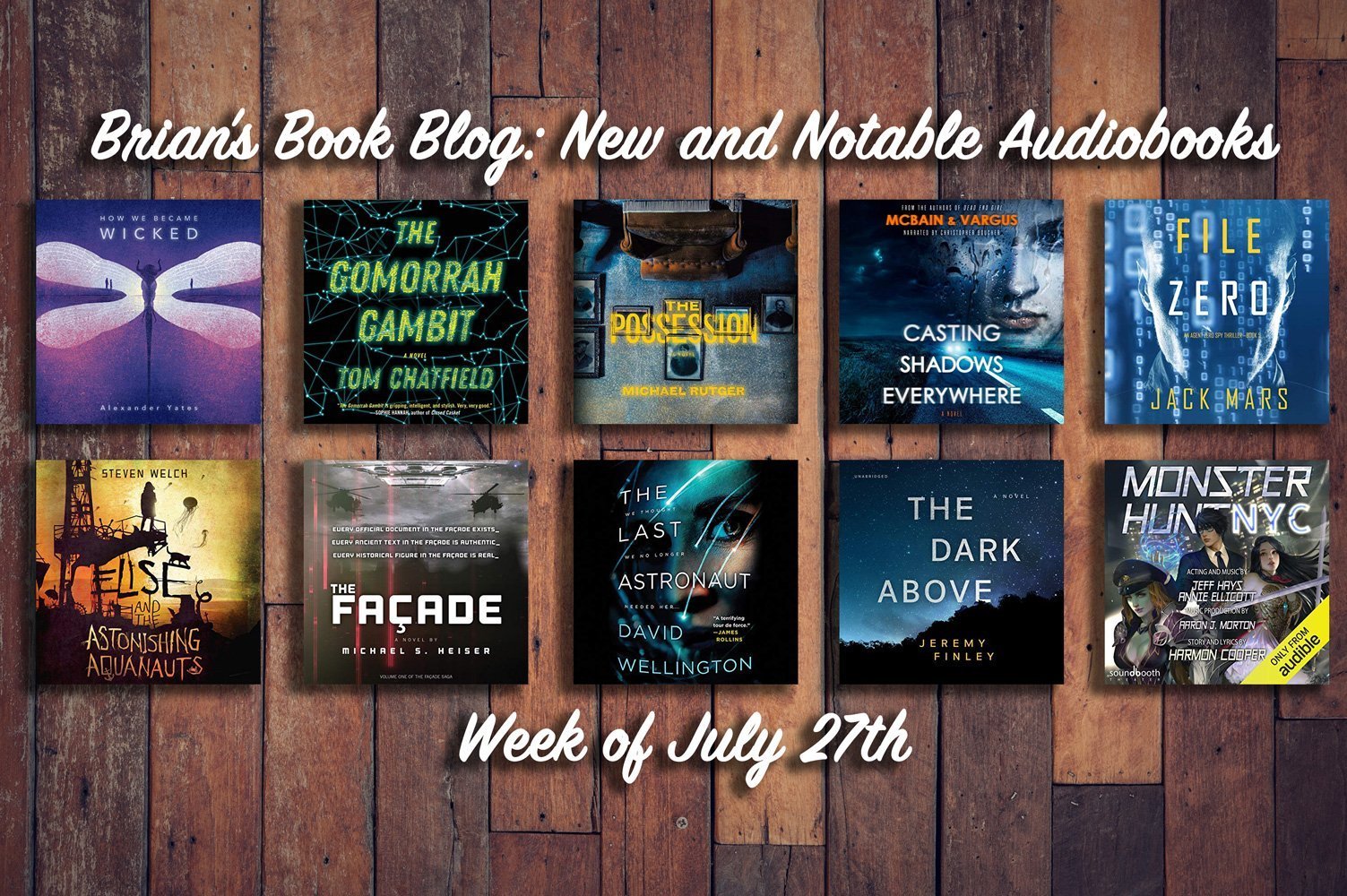 Welcome to Brian’s Book Blog’s weekly New and Notable Post for the Week of July 27th. 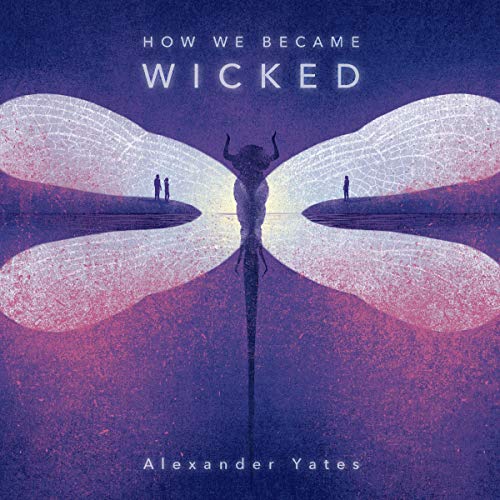 How We Became Wicked by Alexander Yates
Narrated by Lauren Ezzo

When an insect-borne plague begins to envelop the world, three sixteen-year-olds struggle to survive amongst the healthy “trues” and the infected “wickeds” in this gripping dystopian tale from the author of The Winter Place.

A plague, called Wickedness, is pulsing through the world; and in its wake, it’s dividing the population into thirds:

The WICKED: Already infected by the droves of Singers, the ultraviolet mosquito-like insects who carry the plague, the Wicked roam the world freely. They don’t want for much – only to maim and dismember you. But don’t worry: They always ask politely first.

The TRUE: The True live in contained, isolated communities. They’re the lucky ones; they found safety from the Singers. And while the threat of the Wicked may not be eliminated, for the True, the threat has certainly been contained….

The VEXED: The Vexed are the truly fortunate ones – they survived the sting of the Singers, leaving them immune. But they’re far from safe. The Vexed hold the key to a cure, and there are those who will do anything to get it.

In this brilliantly realized novel, three teens – Astrid, Hank, and Natalie – start to realize that the divisions of their world aren’t as clear as they seem, and are forced to question what being wicked truly means. 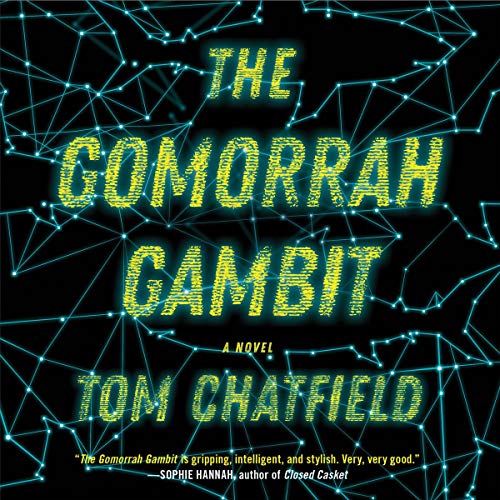 The Gomorrah Gambit by Tom Chatfield
Narrated by Homer Todiwala

With dark technology hollowing out global privacy, an elite hacker enters the belly of the beast in this compelling international conspiracy thriller.

Azi Bello is an amiable outsider with a genius for hacking. Having spent the better part of his life holed up in a shed in his backyard, Azi has become increasingly enmeshed in the dark side of the internet. With the divide between online and offline worlds vanishing, so, too, is the line between those transforming civilization through technology and those trying to bring it to its knees. Dark networks rule. Someone with the right connections can access to anything imaginable, and power is theirs for the taking – although even they can’t know what kind of bargain they’ve struck.

Tipped off by a secretive young woman named Munira, Azi sets out to unravel the mysterious online marketplace known as Gomorrah, sacrificing his carefully constructed privacy in the process. Munira’s life is spiraling out of control: her cousins recruited to work for a terrorist state that’s hunting them both, her destiny in Azi’s hands. Her desperation drags Azi into the field where, working together, the two uncover an unimaginable conspiracy.

As pressure mounts, Azi has no choice but to take on the ultimate infiltration. In an age when identities can be switched at will and nobody is who they seem, how far will he go to end the nightmare? 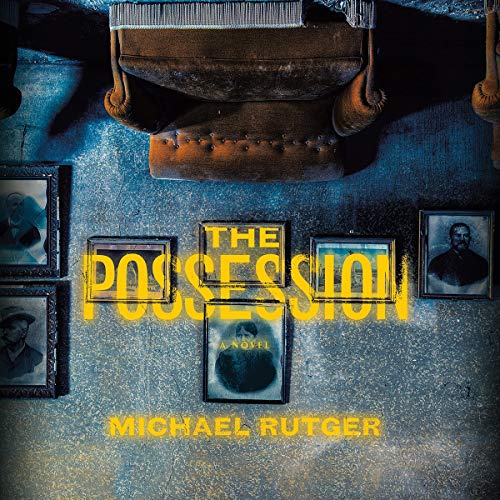 The Possession by Michael Rutger
Narrated by Wayne Pyle


From the author of The Anomaly comes the second installment in The Anomaly Files, a series in the tradition of James Rollins of a team investigating American myths and legends.

Still recovering from the shocking revelations they uncovered deep in uncharted territory in the Grand Canyon, American myth and legend investigator Nolan Moore and his team take on a new mission, investigating a rumored case of witchcraft and possession.

Nolan hopes their new case, in a quaint village in the middle of the woods, will prove much more like those he and his team investigated prior to their trip to Kincaid’s cavern.

But as the residents accounts of strange phenomena add up, Nolan and company begin to suspect something all too real and dangerous may be at play. A force that may not be willing to let them escape the village unscathed. 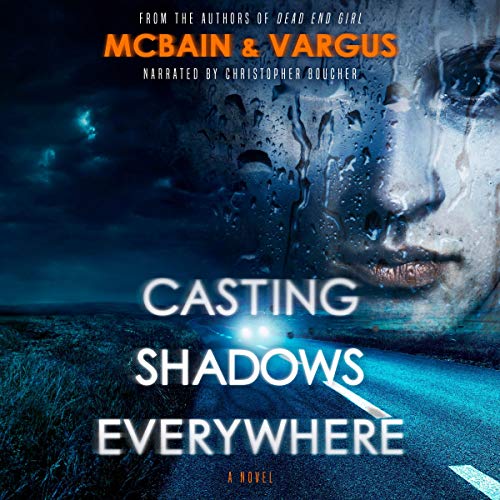 Killing someone is a lot harder than you’d imagine. Physically harder, I mean. On TV a guy strangles someone for like five seconds and the body slumps to the ground in a heap of dead just like that. In real life, it takes so long you wouldn’t believe it.

Jake saw something unspeakable when he was nine. An act of violence. Brutal. He doesn’t know it, but this trauma will play a key role in shaping him later in life.

He’s too timid to make a move on Beth, the buxom girl of his dreams, and too busy getting face-slammed into lockers by bullies to do much else.

He seeks the guidance of the biggest bad-ass he knows, his cousin Nick.

Nick is a professional burglar and makes Jake his apprentice. They stalk suburban neighborhoods night after night, ransacking houses for jewelry and sweet valuables.

Nick teaches Jake the finer points of breaking and entering along with his dark philosophy – that there is no right or wrong in the world, just a series of events that happen without meaning.

At first, adopting Nick’s callous worldview helps Jake get over his fears and confront his tormentors, but he also unleashes an aggression in himself he never thought possible. And as he learns more about his cousin, he realizes that Nick’s crimes go way beyond burglary.

In the end, Jake must face not only the monster in his cousin but also the one in his own heart.

Casting Shadows Everywhere is a dark and twisty psychological thriller perfect for fans of Gillian Flynn, Lucinda Berry, A.J. Finn, and Paula Hawkins. Scroll up and grab it now.

“Casting Shadows Everywhere is beautifully written; a little terrifying, sometimes sad, filled with funny observations on everything from tacos to the workings of the brain, and occasionally profound. In a word, it is ‘excellent.'” (Mike Billington) 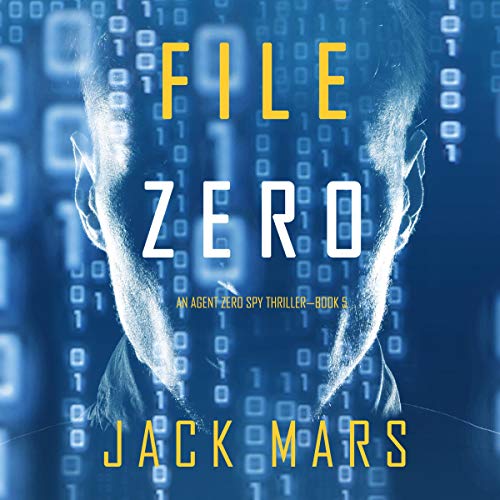 In File Zero, Agent Zero’s memory finally comes flooding back – and with it, shocking revelations about the CIA’s secret plot to spark a war and to take his life. Disavowed and on the run, can he stop them in time?

When an incident in the Strait of Hormuz threatens to mushroom into an all-out war, Agent Zero’s memory comes rushing back, and with it, a chance to uncover the plot that caused his memory loss to begin with. Discredited, with few friends left, Zero is on his own as he tries to stop the CIA while also saving his targeted family.

Yet as he digs deeper, another, more nefarious, plot comes to surface, one which will require him to trust no one, and to risk it all to save the country he loves.

File Zero (Agent Zero, Book 5) is an enthralling espionage thriller that will keep you listening late into the night. 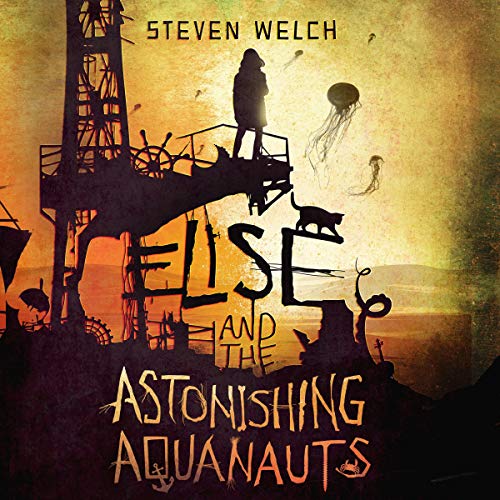 The sea is gone, and strange horrors prowl the sandstorm swept streets of Paris. Now, a 12-year old girl and an eccentric hero from her father’s bedtime stories are on an unlikely quest to bring back the ocean. 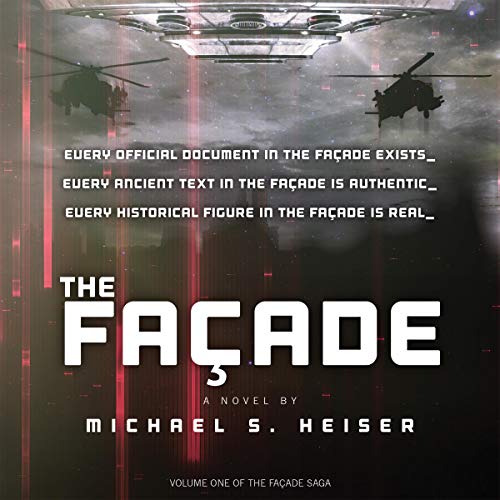 The Façade by Michael S Heiser
Narrated by Mike Duty

Haunted by his parents’ death and his career failures, Dr. Brian Scott has begun to settle down in the life he’s been given…until he’s kidnapped by military insiders known as “The Group”.

Brian and a team of world-class scholars are given a confidential mission: to prepare humanity for a new reality. They are here. But as the government’s involvement with extraterrestrials is revealed, strange things begin to happen. Something isn’t right. Unraveling layer after layer of deception and counter-deception, Brian moves toward a shocking revelation that will forever alter how humanity sees itself.

Everything represented in The Façade is real: Every document cited exists; every ancient text discussed is authentic; and every historical figure referred to or quoted in it actually exists. 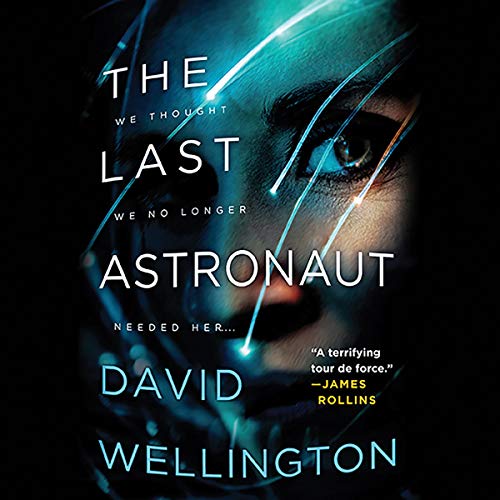 The Last Astronaut by David Wellington
Narrated by Megan Tusing

Mission Commander Sally Jansen is Earth’s last astronaut – and last hope – in this gripping near-future thriller where a mission to make first contact becomes a terrifying struggle for survival in the depths of space.

Sally Jansen was NASA’s leading astronaut, until a mission to Mars ended in disaster. Haunted by her failure, she lives in quiet anonymity, convinced her days in space are over.

A large alien object has entered the solar system on a straight course toward Earth. It has made no attempt to communicate and is ignoring all incoming transmissions.

Out of time and out of options, NASA turns to Jansen. For all the dangers of the mission, it’s the shot at redemption she always longed for.

But as the object slowly begins to reveal its secrets, one thing becomes horribly clear: The future of humanity lies in Jansen’s hands. 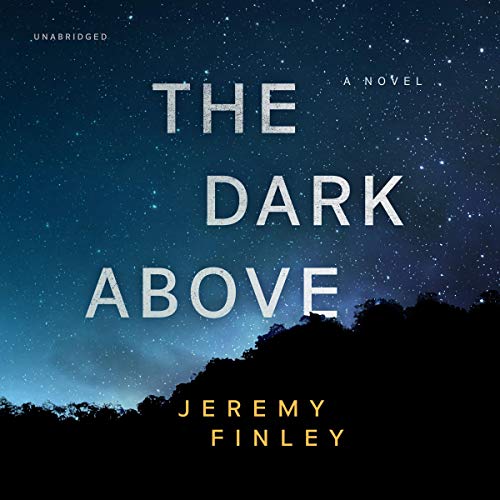 In this sequel to the critically acclaimed novel that grabbed fans of X-Files and Stranger Things, Jeremy Finley returns with another thriller full of government cover-ups and the supernatural.

For most of his life, William Chance has been the living proof that his grandmother and her fellow missing-persons researchers were right all along about the terror from the stars. Now, he’s avoiding the limelight and hiding out from everyone, including his family. He knows he can avoid everything, except for the nightmares: fires, storms, disease, and violence – he dreams of it all.

When he’s suddenly exposed, he finds that the media, government operatives, and renegade true believers are desperate to find him, but he has another mission. Joined by a girl with terrifying abilities, he begins a desperate journey across the United States to find the others who share his dreams that foretell of the final days of the world.

Jeremy Finley’s debut, The Darkest Time of Night, was called “outstanding” in a starred review from Publishers Weekly and was a June 2018 SIBA Okra Selection. Now, he continues the story of Lynn and William, 15 years later in a new fast-paced thriller full of suspense and government cover-ups, perfect for thriller and supernatural fans alike. 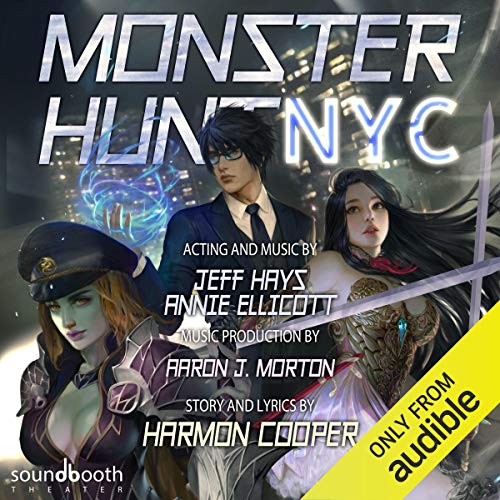 Shifters, giants, hungry beasts, the undead, creatures of legend, flying terrors – you name it, New York City has it!

Through the Monster Hunt app, Chase Knowles becomes the Alpha of two powerful Huntresses: one a half-dragon female fond of combat and banter, the other a cute warrior fond of reading spell books and wielding two killer blades.

Their goal? Hunt these mythological creatures in the parks, rooftops, and back alleys of New York City; build a fighting party to compete in brawls and tournaments in the city and beyond; earn money; and try their damnedest not to get arrested.

Warning: Monster Hunt NYC contains a light harem with monster girls, augmented reality, fantasy violence, a ton of action, and GameLit/LitRPG concepts. It was inspired by the Persona games, Pokemon Go!, and Scott Pilgrim vs. the World. 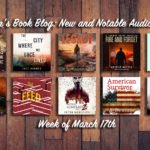 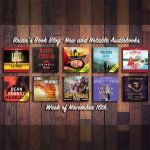 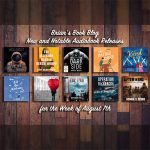 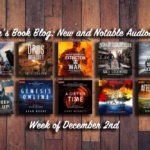