Just One Reason by Jaime Clevenger (Narrated by Abby Craden) 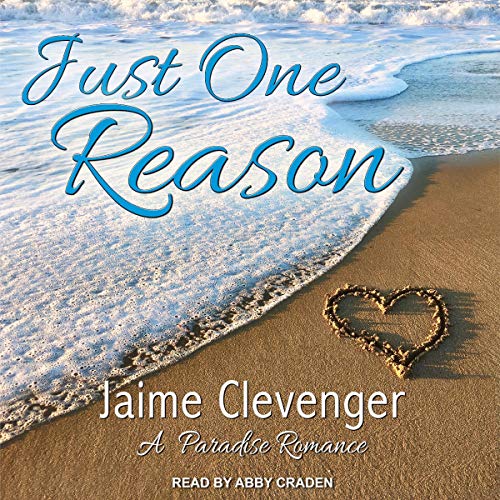 I went into this one intrigued by the opening line of the synopsis “What would you do for 41 million dollars” – what I wasn’t expecting was a story quite like this one (in a good way). This had a lot of really interesting and deep moments in it surrounded by some personal growth along with some kinktalk. Just One Reason was so much more than just a romance.

Clevenger did a great job diving into the backgrounds of both of the main characters but also keeping just enough hidden so that you felt like you were learning about them as the other person did. It really drove home the plot and helped make each character not only feel real, but also feel vulnerable and telling certain things for the first time. It made them relatable.

Just One Reason had me laughing, then almost in tears, and then blushing sometimes within a few moments. Clevenger was able to keep the tension high until almost the very last chapter. Even though I know how most of these stories end – I still wasn’t sure how this was going to go until the last few minutes.

Add in the great narration by Abby Craden and you have a great book that I couldn’t put down. Just One Reason had lots of reasons to like it.

What would you do for 41 million dollars?

For Elizabeth Samuels (a.k.a. Sam), it’s not some hypothetical what-if. It’s the very real inheritance she stands to gain if she follows the stipulations in her grandfather’s will when she takes over his family practice. The only problem? The stipulations mean a life she doesn’t want.

Terri Anderson knows better than to get involved with her resident. She’s had a work romance before – it didn’t end well, and she doesn’t want to be part of the gossip mill all over again. But with Sam, keeping her distance is easier said than done.

When Sam considers walking away from medicine, Terri knows she can’t let her make that huge mistake. But changing Sam’s mind means getting close. A little too close.

With so much at stake, now is definitely not the time to fall in love. Unfortunately there are some things in life you just can’t fight.