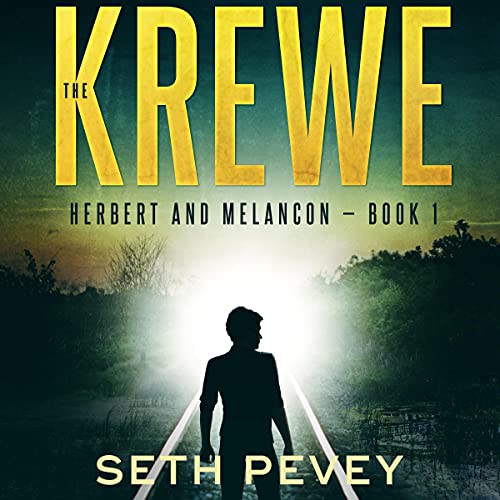 I went into this one pretty blind. The cover jumped out at me and I obviously love books that are narrated by Gary Bennett. So, I dove in without knowing much of what was going on. I was instantly intrigued – the opening sequence sucked me right in and held on for the rest of the book.

The intrigue along with the “secret society” vibes that this book had really allowed my imagination to run wild. Fortunately for my sane mind, the actual thing that was causing issues and being abused had a reasonable explanation. But that didn’t keep my mind from wandering and wondering what could be causing such weirdness.

Felix as the main character took a bit to get used to and to enjoy, but I think that Pevey wrote him that way. He was aloof, a drug addict, and just not a very likable person. But as the story progresses and he’s trying to figure out what happened to his brother I started to like him a lot. I can’t recall when it happened, but one moment I was like “why do we care about him” and the next I thought “I really want him to succeed, find his brothers killer (if there is one), and make a name for himself doing something he loves. Like I said, I don’t know when it happened, but it did and that’s the sign of a really good book.

Overall, I thought that the Mardi Gras vibes mixed with the locations (lots of swamps) really made this mystery book even more intense. I enjoyed it from beginning to end and really flew through it. I’ll be looking for more books in this series in the near future.

Like why would Felix’s brother, a well-off and successful doctor, let the midnight train roll over him? Especially just as his new Carnival Krewe prepares for their inaugural parade?

Felix has had an easy life, coasting by as the black sheep of a wealthy family. He spends his time under the green canopies of Uptown New Orleans, whiling away his days in leisure and mediocrity.

Life in the Big Easy is just that.

The chaos of Mardi Gras season.

With the help of a garrulous old police detective, Felix follows one clue to another, getting deeper into a world where he doesn’t belong. And someone is watching.

What shadowy forces want to sweep this case under the rug?

How far is Felix willing to go to find answers?

Can he avenge the death of his brother and live up to the family name?

The seedy underbelly of New Orleans is filled with jazz and secrets. Read the rave reviews below and get this stand-alone series opener today. You’re sure to get hooked on the ongoing adventures of Felix and Melancon!