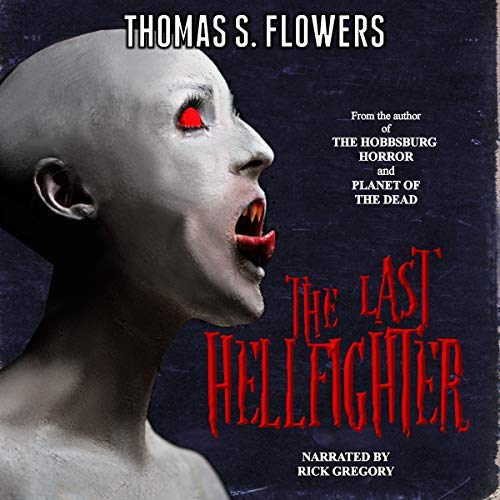 The plot centers on Ben Harker, a man who has lived a very long time…144 years to be exact. He’s seen a lot and done even more. He is telling his story to a reporter and the story goes back and forth from present day to past. He has lived through many wars, both with man and beast and has a lot to tell the young reporter, some of which is hard to believe, but as the tale unfolds, we start to see that Ben has been trying to kill one Vampire for a long time. Time is coming to an end for Ben, will he finish his life’s work before it’s too late.

For the most part, there’s a lot to love about this, but for me, what brought it down was that there was a lot of filler. I know everything was necessary to tell the story, but there seemed to be an awful lot of detail and not a lot of action. I became bored halfway through and was tempted to skip to the end, but I didn’t, and in a weird way I’m glad I didn’t. While it was long, it was also unique and I was invested enough to find out what happened.

Ben was a good character. He has so much information and memories in his head, and I loved finding them out along with the reporter. I also loved how the author made Ben pick out certain music to trigger his memories, it worked really well.

Overall, The Last Hellfighter was an enjoyable read. It’s a unique take on Vampires and the Harker lore, which I thoroughly enjoyed!

In the year 2044, reporters from the Public Relations Ministry gather at the home of Benjamin Harker, the last surviving member of the Harlem Hellfighters. At the age of 144, he is the oldest recorded man alive. Hidden among them, Clyde Bruner is looking for a different kind of story.

Across the US, despite the Great Walls and patrol drones built to keep America secure, something has found its way in. Now, towns are vanishing during the night. Entire populations, gone, only to return after the sun sets, changed, unholy, and lethal. Whatever this evil is, its spreading west.

According to a bedtime story Bruner’s grandfather told him when he was a boy, Benjamin Harker has seen this before. He’s faced this scourge. Fought this evil. Survived them. Killed them. From the trenches of the Great War to the jungles of Vietnam to the sands of Iraq, Harker will search his past to save our future.

But as each city light extinguishes across the country, is there no time left to stop what’s coming?

Also by this author: Planet of the Dead

Midnight in a Perfect World by Ambrose I