The Last Storm by Jack Hunt (Narrated by Kevin Pierce) 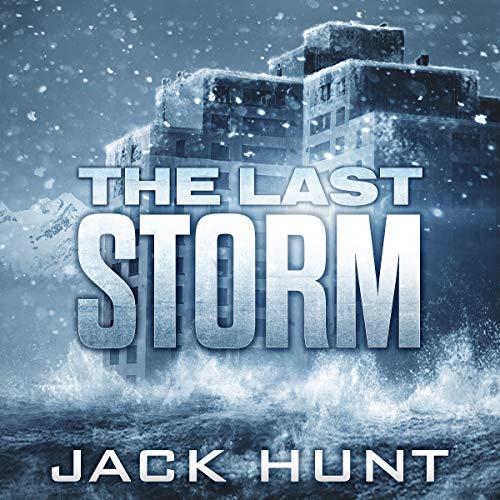 This Book Has A Heart of Gold

It’s really weird to read a post-apocalyptic story (especially one narrated by Kevin Pierce) that is just one story.  This isn’t a series and there really isn’t much that Hunt could do that would match what happens in The Last Storm.  Sure, he could continue their story – but it wouldn’t be the same and wouldn’t even match the pacing that he set up in this book.

What I found most interesting was that this wasn’t just your typical PA book.  There was a whole other theme going on.  Sure, most PA books have “bad guys” but this was a slight change from that.  The storm and subsequent issues that it caused really played in the background to a “what would you do to protect your family” type of a story.  Hunt was able to turn the PA tropes on their side a little and played with the apocalypse some too.

The world he created would be fun to read from other angles though.  It was at its heart a Cli-Fi book.  He doesn’t dive too far into what caused it (really he doesn’t dive into it at all) and we just find out that there is flooding and a massive storm hitting this tiny Alaska town.  The town that Hunt describes reminded me of some of the smaller towns I visited on my recent Alaskan cruise.  You could tell that if something major happened that they were going to be partially prepared – but also that they would be screwed pretty quickly.

Overall, The Last Storm was a really enjoyable PA and Cli-Fi book that had a heart of gold.

How far would you go to survive?

Following the death of his son, Alex Riley moves to a small town with his family to take a position from a recently deceased police officer. However, their peaceful existence is shattered when a sudden catastrophic storm sweeps the nation and they find themselves trapped in the town's 14-story building with local gang boss Cayden Jones.

When Alex learns the truth behind the death and the reason Cayden is there, Alex, an aging chief, and a small band of survivors must ride out the storm and fight back to stay alive.

This intense, pulse-pounding postapocalyptic survival thriller will keep you listening long into the night. It's a powerful story of one family's struggle to survive against incredible odds.

Also by this author: Days of Panic (EMP Survival Series #1)