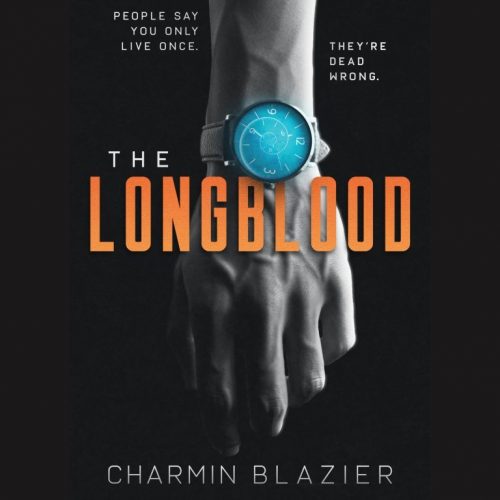 Lots of Drama and Romance

The Longblood was one of those books that took a bit to get started but once it did it was off to the races. Blazier did a pretty good job introducing each character and gave the reader borderline too much information about certain aspects. I had a hard time getting into the story to start, but after I learned Blazier’s writing style I got into the flow of things.

The biggest thing this story has going for it is it’s chalk full of drama. The Longblood has a lot of genres in it, but I would put it as a suspense or a drama first, with lots of romantic elements sprinkled in for spice. Blazier was able to write a story that jumped off of the pages but was also nail biting. It was one of those stories that I wanted to figure out what was going to happen next after every new thing.

As mentioned, the lower point of the book was just the storytelling early on. It’s really describe the things that are to come in any new book. But it’s especially hard in one that has as many plot points and twists and turns as this one did. I’ll forgive Blazier a bit here for that. I’m glad that I stuck to it, but I feel like if the book was a bit shorter (I feel like I’m the only one who ever says that) it might have been a bit more concise and easier to jump into.

Overall, The Longblood was a great read that I blew through. Even being a longer book I was able to finish it in a few sessions, ones that I couldn’t walk away from once it got going. Blazier is a name that I wasn’t familiar with before, but I’ll be on the lookout for more in the future.

Love will make him a better man. If it doesn’t kill him first.

Nineteen-year-old Daniel Marco is about to start the life he’s always wanted. But when he blacks out and etches a mysterious code on his arm, it changes his plans in ways he never imagined.

The code leads him to the grounds of an ancient British asylum housing a secret society where he learns the unthinkable – he’s lived before. As his past life begins to resurface in unpredictable and terrifying ways, Daniel seeks answers and learns his life is in danger.

And he’s not alone.

When he meets bold Ainsley Fairfax, who is working in the shadows to solve a mystery tied to both their fates, Daniel is intensely drawn to her in ways he can’t explain. Ainsley believes Daniel is the key to solving the mystery and keeping them alive. But the more time Daniel spends with Ainsley, the deeper he’s drawn into danger. And the more he begins to lose control…

Together, they must solve the mystery before it’s too late. Will he prevail? Or will all he cares for be destroyed?

Be on the lookout for the second audiobook in this paranormal new adult romance – Lost Longblood: The Longblood Series, Book 2 (coming soon).

Meet Me in Madrid by Verity Lowell (Narr