I just finished Mack Breaks the Case, and overall, I enjoyed the story. John Holmes did a good job writing a compelling narrative that involved the private investigator Paz and his new hire Mack that literally stumbled into his office, Mack.

However, I found Paz’s character to be a bit questionable at times, and it seemed like the author may have purposely made him seem like a less than likable person. I say this because of the inner monologue that Paz had when first meeting Mack and then the scene at Mack’s place where someone was trying to get their job back. I can’t tell if these were put in to “humanize” Paz, make him seem a bit sleazy, or just how Holmes wanted Paz’s character to behave.

On the other hand, the character of Mack is flaky and manipulative. However, she was still likable enough that I wanted to finish the story and would be interested in reading more stories with her as the main focus. I think Holmes did the same with her here as well. Mack would be manipulative one moment and submissive the next. And anytime there was talk about her girlfriend, it seemed like it turned her into a different person.

I feel like I keep calling out the bad things in the book, and that’s not fair. I obviously still enjoyed the heck out of it, as you can see from my rating. I wanted to say that when turning a novel into an audiobook, it is important to provide more guidance for the listener. Chapter titles or an indication of a change in what case(s) they were working on would have been helpful and caused less confusion. The story also jumped around a lot, and they switched cases seemingly quite often. However, it wasn’t enough to completely pull me out of the story. I mention this for the readers, like me, who sometimes do other things while they listen. If you’re someone who sits down and focuses on each word, it won’t be a problem. But if you’re folding laundry or something, I ended up going, “wait, what case are they on” from time to time.

Each case seemed to have its own flair. Each one had a strength for either Mack or Paz, and as the story and their working relationship grew – you could tell that Paz was becoming more and more reliant on the information that Mack was giving. They seemed to start to figure each other out, and it made the last quarter of the story flow off of the pages.

Overall, if some of the confusion and jumping around were cleaned up, this would have been an easy 5-star review. However, because of these issues, the rating came down a bit. Now, this shouldn’t discourage you from reading this. Holmes does a great job writing interesting cases and even more interesting characters (as I spent 2 paragraphs talking about them earlier). But the people they meet and the different schemes, frauds, etc., that they run into made this one stand out.

Twenty years in the seaside town of Brighton, England, has given Paz Wheat the notion he’s seen it all as a private investigator. But that’s before young “wild spirit” Alison (“Mack”) tumbles bewildered and unannounced into his office. For the buttoned-up Anglo-American there’s nothing more unnerving than a touch of the random, but what does this enigmatic bohemian want? Surely not the job that hasn’t even been advertised yet? It’s a mystery and he dislikes mysteries until they’re solved, and then he loves them.

Thus begins a relationship that changes both: the solitary man wedded to his work and the firebrand living with her long-term girlfriend. Paramount to them are the cases they handle sometimes intricate, always intriguing, like The Chagall Lithograph, The Shadow Yacht, A Box Of Air, and The Everything Man. They investigate strange disappearances–missing persons, but also artworks–and grapple with the trickiest of fraudsters and chancers.

John Holmes has extensive experience working with investigators, loss adjusters, and lawyers. As a social sciences graduate he has a keen interest in the psychology of the private investigator. His previous books include the surrealist Lily Upshire Is Winning–part coming-of-age story, part corporate satire. 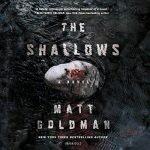 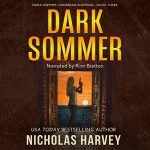 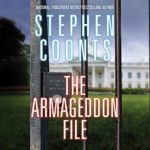 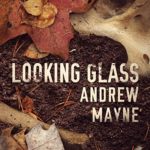