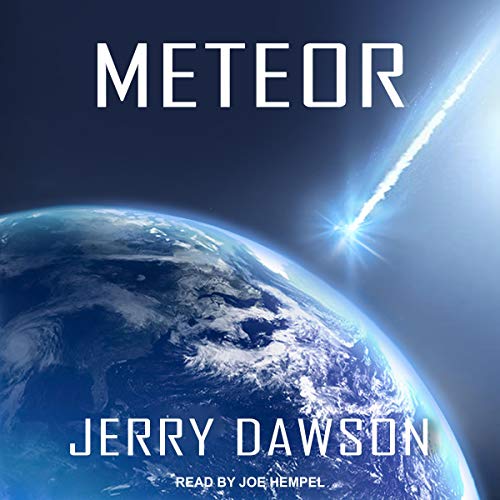 Don’t Believe The Tagline – This One Was Rough

Where to begin with this book! I’m at a loss for words really so if this rambles a bit, please forgive me. This sounded like something I would love, I mean when it’s compared to both Aliens and Jurassic Park it must be a winner… right? Wrong.

I’ll start with the plot. There’s a large Asteroid near Earth and NASA send a rocket to essentially blow it off its path, but it goes wrong and a part of the asteroid lands near an island. It contains Alien life and a team is sent to investigate. Again, this sounds awesome but the plot fails in the execution. I’m going to break somethings down and some of them might be minor spoilers, but I don’t think they will.

Point one.. if a large asteroid is near Earth but not on a collision course with us, would NASA really send a rocket to break it apart? I mean, it says that it’s miles away from us and won’t come anywhere near us!

Point two… if an asteroid did hit the earth and NASA and the Government heard that it may have caused people’s death, would they send an inexperienced person to check it out? Would they really tell the world about the asteroid and let reporters and other people go to the place. They know there are signs of something on the asteroid, yet they don’t send people in hazard suits, nor do they block off access to the area… no, reporters from all over the world seem to be able to get there, Germany and China have sent people to get a sample of the asteroid and they were able to get some!

I also have to comment on the characters dialogue. I’m not a writer, but the dialogue was painful to listen to at times. It felt very…. juvenile. I think that best describes it! I was rolling my eyes so much. I wanted to put this aside so many times, but I also wanted to see how it ended (which was another big let down).

In all, this book wasn’t for me. I think I was hoping for too much from it but it failed to deliver. There were too many plot holes and nothing felt right with how things were handled.

Joe Hempel was the only redeeming factor. He read this really well and was able to keep my attention on the book. He had plenty of voices for the different characters and was clear and easy to follow.

When an ill-fated NASA project causes an extrasolar meteor to hit a small Pacific island, people rush to blame the agency for a mysterious death on the island. Under social media pressure, NASA sends David Anderson to the island to investigate the death and vindicate the agency.

But Anderson is not the only newcomer to the island.

More people are dying. Anderson and his team must figure out what is killing everyone before they, too, become victims. But how do you stop a killing machine that keeps evolving?