A Great Continuation of the Story

Pick up where Android Paradox leaves off with X and Shortcut trying to figure out what is going on with this so-called coming Android Winter.  These two special ops guys (well one android and one young man) are tasked with stopping a veritable maniac from running rampant among the streets of the UEA.

The narration of this was great, no issues at all.  The narrator Erik Johnson has done a great job doing different voices for the different characters.  I never had to guess who was talking within the book.  The narration was steady and well enunciated.  I had no trouble at all listening to either one of La Ronn’s books with Johnson’s narration.  Quality is great with no hiccups or issues at all.

Having jumped into the story (and listening to this within a few hours of finishing the first one) this book went even faster than the first in this series.  Though I won’t lie, the ending was more disappointing for me.  The first one had one of those ending that I could take or leave and walk away and feel like I got a good story but I won’t know the finale.  But this ending… it just kind of stopped.  I understand writing multiple books, but when did not ending a book become a thing?  Regardless I enjoyed listening to this immensely.

This book loses a whole star for its ending.  I enjoyed the shortness of the book, but I think La Ronn could have written two books instead of three and combined the 3 books into 2.  With that being said, the book did hook me and I need to know how this series ends.  I hope book 3 gives me the ending I feel like I’ve earned.

Picking up just days after the end of Android Paradox, X and Shortcut are back, and so is their highly intelligent foe. This time, the entire city is the battleground. A struggle for the security of the world begins, filled with androids, crazy fights, quirky technology, and action that will keep you guessing.

The future belongs to humans and androids…or is that a deception? 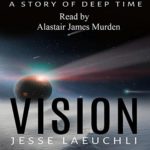 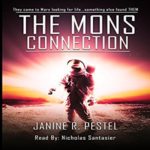 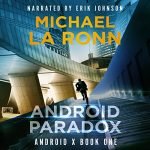