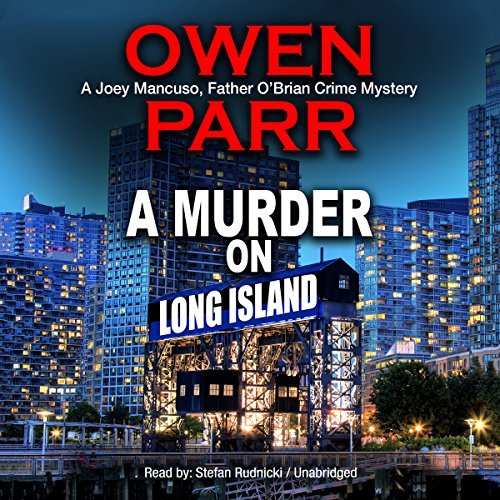 Maybe Better Than The First Book

Joey Mancuso & Father O’Brian are back for another murder mystery. This time they only have 10 days until the convicted murderer’s trial is set to begin. Fortunately for Joey Mancuso and Father O’Brien they are up to the challenge. Everything appears to be stacked against their client, but Mancuso has a hunch that he didn’t do it. Now he has to prove it before the wrong person is sentenced for a crime that he did not commit.

This was a helluva book. I love Parr’s writing style, especially for this series. Father and Joey are the perfect dichotomy and provide a great back and forth. Sprinkle in Joey’s girlfriend and the bartender at the bar that they own and you’ve got a great cast of characters.

The way that Mancuso goes into a crime scene is very reminiscent of Sherlock Holmes (which he happens to quote a fair bit). And I love it. He just looks at things with such a different point of view that you really feel like you’re there with him as he is setting up his retelling of a crime.

I didn’t have any issues at all with this book and I thought it was a flawless piece of “who done it”/murder mystery with the added bonus of having the court case attached to it.

The first part of the book was all about trying to find out who did it. But the second part (which I wasn’t expecting) was all about the trial. As a reader, I got to witness the trial firsthand and listen to all of the ways that the investigation that Mancuso and O’Brien helped with the examination and cross-examination of everyone.

I blew through this story. I couldn’t put it down. I ended up staying up late one night and then getting up early to finish it. I think it took me 2 days to listen to this beginning to end. I couldn’t wait to get out of work to listen to more of it. Parr is up there with one of my favorite Mystery/Thriller authors. And I hope that there are much more Joey Mancuso and Father O’Brien stories in store for us.

Also, the addition of more back-story/more inner looking into Mancuso was really appreciated in this book. It made him even more human. He has flaws, and he gets scared. He’s deathly afraid of losing his girlfriend/fiancé throughout and you really feel for him by the end of the book. When an author can get real emotion like that out of a reader, I would say that’s a pretty awesome book.

Mancuso, in his admitted Sherlock Holmes style, likes to look beyond the obvious. To observe things others looked at, but, did not see.

Former NYPD Detective, Giuseppe “Joey” Mancuso, and his half-brother, Father Dominic O’Brian have ten days before the end of the trial, to find the real murderer. Real Estate developer, Harold Longworth, is facing life in prison for the murder of his wife in the Sagaponack, Long Island, New York, home. Just hired by the defense attorneys, Joey realizes that for a whole year before the trial, the attorneys have bundled the investigation. Was it on purpose? Are the attorneys covering something up?

The day of the murder, a year ago, Suffolk PD homicide detectives, found Mr. Longworth, alone in the home, sitting by his wife’s body after he called 9-1-1. Her blood was on his clothes. His bloody prints were on the murder weapon. Gunshot residue, on his arms and hands.The prosecution is on the last days of their presentation. They have proven opportunity on the part of Longworth. As for motivation, they are about to show that Mrs. Longworth, the victim, was asking for a divorce, and settlement on a $75 Million estate. Further, they uncovered that Mr. Harold Longworth, suspected his wife of having an affair.

Joey, having been nicknamed; The Last Advocate of the Victims, by the local New York press, due to their last case, in which they solved three murders in one week, was hired reluctantly, by the defense in the last days of the trial. Margery, the 19-year-old daughter of Mr. & Mrs. Longworth, insisted that Joey and brother Dominic get involved in the case.

As Mancuso and Father O’Brian begin working the case, from their center of operations; Captain O’Brian’s Pub and Cigar Bar, corner of Beaver and Hanover Streets, in the Financial District of Manhattan, they find that there could be a lot more to this murder. The Longworth Foundation, a $100 Million non-profit-organization, is under FBI probe and IRS audit, for potential tax-schemes, money laundering, and colluding with foreign governments. Mancuso, in his admitted Sherlock Holmes style, likes to look beyond the obvious. To observe things others looked at, but, did not see.

Can Mancuso and O’Brian save Mr. Longworth from a life-sentence? Will they be able to unravel a possible fraudulent tax scheme being concocted by the Foundation executives? Or, is it simply a case of the husband did it, out of jealously?

Join Joey and Father Dominic, as they work feverishly in the last days of the trial, in their latest crime mystery. A whodunit page turner, with sides of humor and romance.

Make Me No Grave by Hayley Stone (Narrat