Murder Theory (Naturalist #3) by Andrew Mayne (Narrated by Will Damron) 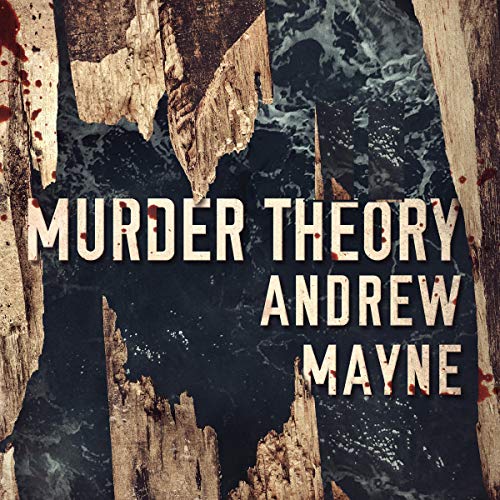 I LOVE This Series. This Book Was Excellent

There hasn’t been a ton of books in 2019 that jumped off the page and just blew my mind (I know it’s still early).  That was before I started Murder Theory.  Good god was this book a thriller from beginning to end.  I read a lot of books and when my wife asks me about what I’m reading I can usually give her a synopsis and tell her how I feel.  I was dumbstruck by how well written and buttoned up this book was it took me a bit to describe it without giving anything away (since I want her to read it).

Being the third book in the series, I’m intimately familiar with Theo and his eccentricities (I think that’s the first time I’ve ever used that word in a review).  He has this sort of House MD meets a Sherlock Holmes that he’s just fascinating to read.  I’m sure if Mayne wrote a book that had Theo in his office or in the lab doing lab work, I would still find it interesting.

There were numerous times in the book I’d wished I wasn’t driving while reading so that I could highlight the quote in my Kindle edition but one of them that stood out to me was:

I realize Darnell is staring at me. “Sorry. Just had a train of thought. Go on.” “No worries.  We call it a Theo seizure”…

Three books in and Theo along with those that he surrounds himself with crack me up. This was just one case, I can recount at least five times where something happened and I ended up needing to rewind because I was laughing over the next lines.

The fact that Mayne can throw in humor into these deeply thought out scientific mysteries is what makes this series for me.  They talk about completely plausible situations and science and do it in a terrifying way, but at the same time allow for the characters to be real and believable themselves. I love that.

Overall, easily one of the best books I’ve read in 2019 and I need to figure out how to mark this to remember to keep it in my final running for 2019.

The desire to kill is becoming contagious in this riveting novel of conceivable mad science by The Wall Street Journal bestselling author of The Naturalist.

Computational biologist and serial-killer hunter Dr. Theo Cray receives an off-the-record request from the FBI to investigate an inexplicable double homicide. It happened at the excavation site where a murderer had buried his victims’ remains. In custody is a forensic technician in shock, with no history of aggression. He doesn’t remember a thing. His colleagues don’t even recognize the man they thought they knew. But an MRI reveals something peculiar. And abnormal.

What on earth made him commit murder?

After discovering that a mysterious man has been stalking crime scenes and stealing forensic data, Cray has a radical and terrifying theory. Now he must race against time to find a darker version of himself: a scientist with an obsession in pathological behavior who uses his genius not to catch serial killers – but to create them.