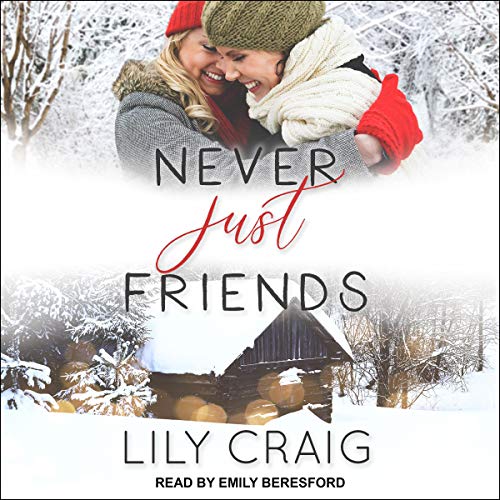 I need to open this in a way that doesn’t make it sound like I hated this book. I didn’t at all. There were just a few things in it that bugged me. I thought that Craig could have skipped the entire backstory and settled on a description of how Georgie and Madelyn became friends, Georgie had a crush on Madelyn, and finally how Madelyn came out. It didn’t need to be continuous flashbacks that, in my opinion, kind of took away from the flow of the story.

That being said, the story itself was cute. It’s the “I fell in love with my best friend” point of view. There was a long struggle (including years where one of them did not realize/know they were gay). And then there’s some drama, and then a make up. The story itself follows a pretty typical (and well-liked) pattern so I won’t ding it for that. I knew what I was getting into when diving into this one and I did enjoy it.

Georgie was an interesting character. I know a couple of girls that remind me of her a little bit so I could related to her a lot. I didn’t really like/understand her moments of anger and resentment, but near the end of the story they’re sort of resolved. Speaking of the ending, the ending of Never Just Friends was super cute and definitely made up for some of the other shortcomings that I mentioned above.

Honestly, the setting of the majority of this book (both being set in Canada and the cabin) were interesting and a slight chance from the norm. There wasn’t the “big city girl” meets the “country girl” sort – these two were best friends and had been since they were little.  They take a trip every year to get away with their other friends.  They were snowed in and things get… interesting. But the actual settings (outside of Banff) was breathtaking.

Overall, a pretty good book that I definitely enjoyed (I did finish it in two sittings). One that made my heart happy at the end.

Falling for your best friend is hard.

Georgiana – Georgie to everyone outside her family – figured out long ago that being in love with your straight best friend sucks. Turns out it’s even worse when that friend, Madelyn, tells you she’s not so straight after all. After it becomes clear to Georgie that she needs to get over Madelyn, Georgie moves cities and starts a new job.

To grad student Madelyn, though, the sudden rift between the friends prompts painful introspection. A year later, she realizes her feelings for Georgie are romantic after all. Madelyn plans to use their annual winter cabin getaway to confess her love.

But Canadian winters are unpredictable. When Madelyn and Georgie are snowed into their cabin in the woods, the two are forced into difficult conversations that confront deeply felt emotions about the past, present, and future. Can the friends find common ground after all they’ve been through?