Check out the new and notable audiobooks for the week of August 24th including books from Bobby Akart, Robin Cook, and Andrew Gross.  Featuring Narrations by Kevin Pierce, Andrew Tell, and Jeffrey Kafer. In LEVEL 6, book three of The Pandemic Series, the pandemic has hit a brick wall, but not because it’s burned itself out. Rather, it’s running out of victims. Social distancing is the only way to avoid a gruesome fate. Unfortunately, in a dystopian world where resources are scarce and scavenging is a way of life, every moment away from where you live could result in your death from either the disease, or your fellow man. He survived The Scourge, defeated The Cartel, and escaped The Dwellers. Now he wants revenge.

After a brutal attack on his homestead, Marcus Battle seeks to find the men who took away his second chance at life in a post-apocalyptic world. When he does, they’ll wish they’d left him alone. To the victors go the spoils…

As Cassy and her Clan celebrate their freedom and the Empire’s defeat, Ethan—AKA Dark Ryder—receives a message from his secret masters that forces him to choose between his own life and the fate of the Clan. Meanwhile, as their enemies loom in the shadows, unseen, a new threat arrives from far to the west—the Empire’s master launches a new proxy war against the Confederation.

It’s a shadow war that threatens to boil over into a direct conflict, one the wounded Alliance can scarcely face, much less win. As divisions between allies grow hotter, threatening to tear them apart, Cassy hatches a daring plot to unite the Confederation and deal a fatal blow to the Empire and its master.

But will a chance at victory be worth the price they all must pay to achieve it?

In the post-apocalyptic aftermath, Megan Wolford is settling in with her makeshift family at the safe haven of their lodge, but she remains wary of trusting others. Despite her growing feelings for Wyatt Morris, the leader of the group, she still feels most secure on her own. But when she becomes separated from her beloved daughter Caitlin in a storm, Megan is in danger of losing the one thing keeping her fighting to stay alive. Injured and desperate, she must fight every instinct within her to rely on the others for help when they find evidence that Caitlin has been kidnapped.

Wyatt is determined to do everything he can to bring her home, and he organizes a search party to visit a set of old adversaries in the guise of traders to try and find the missing girl—but Megan would rather take matters into her own hands. With Megan setting off alone to face unknown enemies, she is more vulnerable than ever. When a mysterious stranger known as the Green Woman appears to be a lead in finding Caitlin, she’ll have to track her down.

Can she put aside her stubborn need for independence and accept help from her newfound community before it’s too late? A dark descent into the world of the dead.

Legends call it Xibalba—the Place of Fear. But some legends are true.

The discovery of a treasure in the Yucatan sets former Navy SEALs Dane Maddock and Bones Bonebrake on a search for the legendary Maya city of the dead, and into the path of deadly enemies. From ancient ruins to perilous jungles, Maddock and Bones must outwit the vicious Serpent Brotherhood, and find the fabled city before an old enemy unlocks its secrets and plunges the world into shadow. Can they survive the descent into Xibalba? Newly minted chief resident at Boston Memorial Hospital Noah Rothauser is swamped in his new position, from managing the surgical schedules to dealing with the fallouts from patient deaths. Known for its medical advances, the famed teaching hospital has fitted several ORs as “hybrid operating rooms of the future”—an improvement that seems positive until an anesthesia error during a routine procedure results in the death of an otherwise healthy man. Noah suspects Dr. William Mason, an egotistical, world-class surgeon, of an error during the operation and of tampering with the patient’s record afterward. But Mason is quick to blame anesthesiologist, Dr. Ava London.

When more anesthesia-related deaths start to occur, Noah is forced to question all of the residents on his staff, including Ava, and he quickly realizes there’s more to her than what he sees. A social-media junkie, Ava has created multiple alternate personas for herself on the Internet. With his own job and credibility now in jeopardy, Noah must decide which doctor is at fault and who he can believe—before any more lives are lost. The Saboteur: A Novel by Andrew Gross
Narrated by Edoardo Ballerini

Based on the stirring true story, The Saboteur is Andrew Gross’s follow-up to the riveting historical thriller, The One Man. A richly-woven story probing the limits of heroism, sacrifice and determination, The Saboteurportrays a hero who must weigh duty against his heart in order to single-handedly end the one threat that could alter the course of World War II.

February, 1943. Both the Allies and the Nazis are closing in on attempts to construct the decisive weapon of the war.

Kurt Nordstrum, an engineer in Oslo, puts his life aside to take up arms against the Germans as part of the Norwegian resistance. After the loss of his fiancée, his outfit whittled to shreds, he commandeers a coastal steamer and escapes to England to transmit secret evidence of the Nazis’s progress towards an atomic bomb at an isolated factory in Norway. There, he joins a team of dedicated Norwegians in training in the Scottish Highlands for a mission to disrupt the Nazis’ plans before they advance any further.

Parachuted onto the most unforgiving terrain in Europe, braving the fiercest of mountain storms, Nordstrum and his team attempt the most daring raid of the war, targeting the heavily-guarded factory built on a shelf of rock thought to be impregnable, a mission even they know they likely will not survive. Months later, Nordstrum is called upon again to do the impossible, opposed by both elite Nazi soldiers and a long-standing enemy who is now a local collaborator—one man against overwhelming odds, with the fate of the war in the balance, but the choice to act means putting the one person he has a chance to love in peril.

“The One Man contains many different plots and characters that cross the globe, and narrator Ballerini effortlessly manages the complex story line. All accents are portrayed authentically… the audio truly enhances the written text. This historical thriller will keep listeners engaged, and although they know how the war ends, they will find themselves on the edge of their seats wondering what happens next.” – Booklist on The One Man It came from space…

Something virulent. Something evil. Something new. And it is infecting the town of Falls Breath.

Carried to Earth in a freak meteor shower, an alien virus has infected the animals. Pets and wildlife have turned rabid, attacking without warning. Dogs and cats terrorize their owners, while deer and wolves from the neighboring woods hunt in packs, stalking and killing their human prey without mercy.

As the town comes under siege, Lauren searches for her boyfriend, while her policeman father fights to restore some semblance of order against a threat unlike anything he has seen before. The Natural Order has been upended completely, and nowhere is safe.

…and it is spreading.

Soon, the city will find itself in the grips of mass hysteria.

To survive, humanity will have to fight tooth and nail. 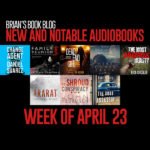 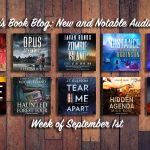 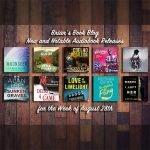