Here are the books that were released the week of June 28th that I think are new and notable including books from Andrew Warren, Franklin Horton, and Jay J. Falconer. Featuring Narrations by Kevin Pierce, Scott Brick, and Gary Tiedemann. A burned spy must stop a deadly cult from igniting global conflict.

Thomas Caine lives in the shadows. Betrayed and left for dead, he has put his past as a CIA assassin behind him. Now he lives off the grid, and hides from his dark past in the seedy underworld of Pattaya, Thailand.

But when local gangsters set him up for a crime he didn’t commit, he finds himself back in the clutches of the CIA. His old masters make him an offer he can’t refuse: rot in a hellish Thai prison, or accept a dangerous mission in Tokyo, Japan.

As he hunts the neon-lit city for a CIA asset’s missing daughter, he quickly learns there is more to this assignment than meets the eye. Yakuza thugs, Japan’s Security Bureau, and even rogue CIA operatives all stand between him and his objective.

And looming in the shadows is Tokyo Black; a right wing terrorist cult, whose members demonstrate their loyalty by burning their yakuza tattoos from their skin. Can Thomas Caine defeat this fanatical enemy, before they ignite an international conflict that kills thousands?

Tokyo Black is a high-octane thrill-ride filled with gun battles, car chases, fascinating characters and exotic locations. Reviews say “Up there with Lee Child and Vince Flynn, A heart stopping roller-coaster ride, Everything you want in a spy thriller!” ONE OF THE GREATEST ACHIEVEMENTS IN HUMAN HISTORY.
A SECRET THAT WAS NEVER SUPPOSED TO BE FOUND.
AND A CRISIS THAT CANNOT BE STOPPED.

Deep in the Caribbean Sea, a nuclear submarine is forced to suddenly abort its mission under mysterious circumstances. Strange facts begin to emerge that lead naval investigator, John Clay, to a small group of marine biologists who are quietly on the verge of making history.

With the help of a powerful computer system, Alison Shaw and her team are preparing to translate the first two-way conversation with the planet’s second smartest species. But the team discovers much more from their dolphins than they ever expected when a secret object is revealed on the ocean floor. One that was never supposed to be found.

Alison was sure she would never trust the military again. However, when an unknown group immediately becomes interested in her work, Alison realizes John Clay may be the only person she can trust. Together they must piece together a dangerous puzzle, and the most frightening piece, is the trembling in Antarctica.

To make matters worse, someone from the inside is trying to stop them. Now time is running out…and our understanding of the world is about to change forever. When a coordinated attack brings chaos to the country, the mountain community of Clearwater, Colorado finds itself at ground zero.

Without power, technology, and the ability to survive, the desperate townspeople turn to a mysterious drifter for help—Jack Bunker, a troubled man with the skills and training to keep everyone alive.

Soon it becomes clear that not everything in Clearwater is what it seems. Dark forces are amassing in the shadows, preparing to unleash an evil far worse than anyone could have imagined. An evil even Bunker might not be able to stop.

>>> From award-winning, bestselling author, Jay J. Falconer, comes another Amazon #1 Bestseller with a heart-pounding, post-apocalyptic plot that you won’t be able to put down. If you loved The Sum of All Fears and Red Dawn, don’t miss this gripping, action-packed thriller.

Rated R for Violence and Language From New York Times bestselling author Lis Wiehl comes the final book in her Newsmakers series. Journalist and newscaster Erica Sparks is only planning to report on an explosive story—until she gets caught in the middle of it.

After getting the green light from her network to launch an investigative news show, Erica flies to Bismarck, North Dakota, to investigate Take Back Our Homeland, the largest secessionist group. What she finds is profoundly disturbing – a growing threat to the future of our union.

Back home, her husband Greg is drinking more and talking less—and taking an unusual interest in the glamorous author Leslie Burke Wilson. Erica’s teenage daughter has also begun acting out in troubling ways.

Then she discovers a potential informant murdered in her Bismarck hotel. Take Back Our Homeland might be even more dangerous than she had thought—and she’s unwittingly become one of the key players in the story. Her fear and anxiety escalate – for her marriage, her daughter, and her own life.

Bestselling novelist and former legal analyst for Fox News Lis Wiehl takes us behind the anchor’s desk in this gripping look at high-stakes reporting in a country torn apart. Use of Force by Brad Thor
Narrated by Armand Schultz

As a storm rages across the Mediterranean Sea, a terrifying distress call is made to the Italian Coast Guard. Days later, a body washes ashore.

Identified as a high value terrorism suspect (who had disappeared three years prior), his name sends panic through the Central Intelligence Agency.

Where was he headed? What was he planning? And could he be connected to the “spectacular attack” they have been fearing all summer?

In a race against time, the CIA taps an unorthodox source to get answers: Navy SEAL turned covert counterterrorism operative, Scot Harvath.

Hired on a black contract, Harvath will provide the deniability the United States needs, while he breaks every rule along the way.

Packed with pulse-pounding action, fascinating characters, and electrifying intrigue, Brad Thor does it again and proves why he is known around-the-world as the “Master of Thrillers.” To the peril of all who accompany him, a salvager sails the globe searching for a creature supposed to have gone extinct before the time of the dinosaurs. Megalodon was the length of a sperm whale with jaws that could swallow an orca. Its teeth that still wash onto distant shores measure six inches from tip to root. How much fame and fortune awaits the one who proves such a monster from the Pleistocene still exists?

A video surfaces purporting to document a megalodon attacking an adult sperm whale. Treasure hunter and soldier of fortune, Enzo Palmer, becomes obsessed with proving it’s real. With his voluptuous inamorata, skeptical partner and his somewhat harebrained paramour, Enzo embarks on an around the world monster quest. From Key West to the Sea of Cortéz the team dives, trolls and trawls in their high stakes voyage to prove the gigantic living fossil still lurks in the depths. However, there is competition on the horizon in the form of a slightly deranged megalodon enthusiast who has the support of environmental activists with malevolent intent. Kaijunaut by Doug Goodman
Narrated by Marlin May

They were there to stretch the realms of the cosmos. To learn about new planets, and perhaps old civilizations. To explore. But then they discovered something they shouldn’t have. Something that shouldn’t have been there.

Kaijunaut is the story of five NASA astronauts venturing out to an exoplanet with the hopes of bringing back relics of an ancient alien civilization. But this civilization holds many secrets, some small and some…gigantic. The astronauts’ training will be tested in ways they never could have imagined because they are about to come face to face with the implausible.

The M/S Atlantica, one of the most advanced cruise ships in the world, is lost.

Land has disappeared. Fuel, food and hope begin to dwindle.

After months recuperating in hospital, US Marine Jack Cohen hoped a Caribbean cruise would help him recover from the horrific injuries he sustained fighting in the Middle East. Instead, when the ship is attacked, he is once again thrust into battle to protect Atlantica against the ruthless enemy hunting her, and the insidious threat already aboard.

On these mysterious and uncharted seas, where even the compass shows the sun rising to the west, Atlantica’s salvation may lie with a Navy warship which is as lost as they are. Together, they must pool their resources and use every means available to defend themselves while discovering what has happened to them.

And the rest of the world.

Unfathomed, a military science fiction thriller which will appeal to anyone who enjoyed Lost, BSG or The Last Ship.

From the international best-selling author of Endeavour and Erebus. Terradox by Craig A. Falconer
Narrated by Dina Pearlman

They were heading for Venus. Somewhere else found them first…

When a sudden impact sends a spacecraft bound for a distant research station hurtling towards a previously unseen and inexplicable planet, responsibility for the safety of its passengers immediately falls on Ivy ‘Holly’ Wood, a former poster-child of the public space program now fleeing Earth’s tyrannical leadership.

The mysterious planet’s startlingly Earth-like atmosphere initially breeds optimism among Holly’s group of stranded survivors, but before long it becomes clear that Earth’s rules don’t apply and that nothing can be taken for granted.

With all hopes of escape dependent on discovering the true nature of this increasingly hostile planet, Holly and the rest of the desperate survivors know only one thing for sure: their newly discovered world will not give up its secrets without a fight.

Terradox is a sci-fi thriller/adventure novel from the author of the breakout bestseller Not Alone, an Audible.com ‘Best of 2016’ finalist. [Paperback length: 550 pages] In this fifth installment in The Borrowed World Series, Human Resources Manager Alice Watkins is finally making it home. In her journey across Virginia, she experiences a country disintegrating and collapsing in on itself in the wake of a nationwide terror attack. Her trip home is agonizing; her experiences indescribable.

She finds that her peaceful farm community is experiencing the same strife as the rest of the nation. As her world is further shaken by a series of devastating occurrences, she comes to realize that she has been profoundly and irreversibly changed by her agonizing experiences on the road. She is both emotionally blunted and wickedly violent. She cannot feel love, nor does she feel the slightest remorse at taking someone’s life.

In an attempt to find safety for her family, she must reconnect with the former coworkers that she started this journey with. She discovers the group struggling with their own problems, finding that in this borrowed world there is no promise of safety, no peace, and no promise of tomorrow. 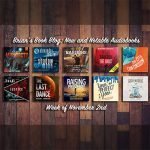 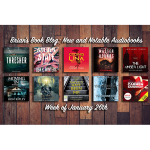