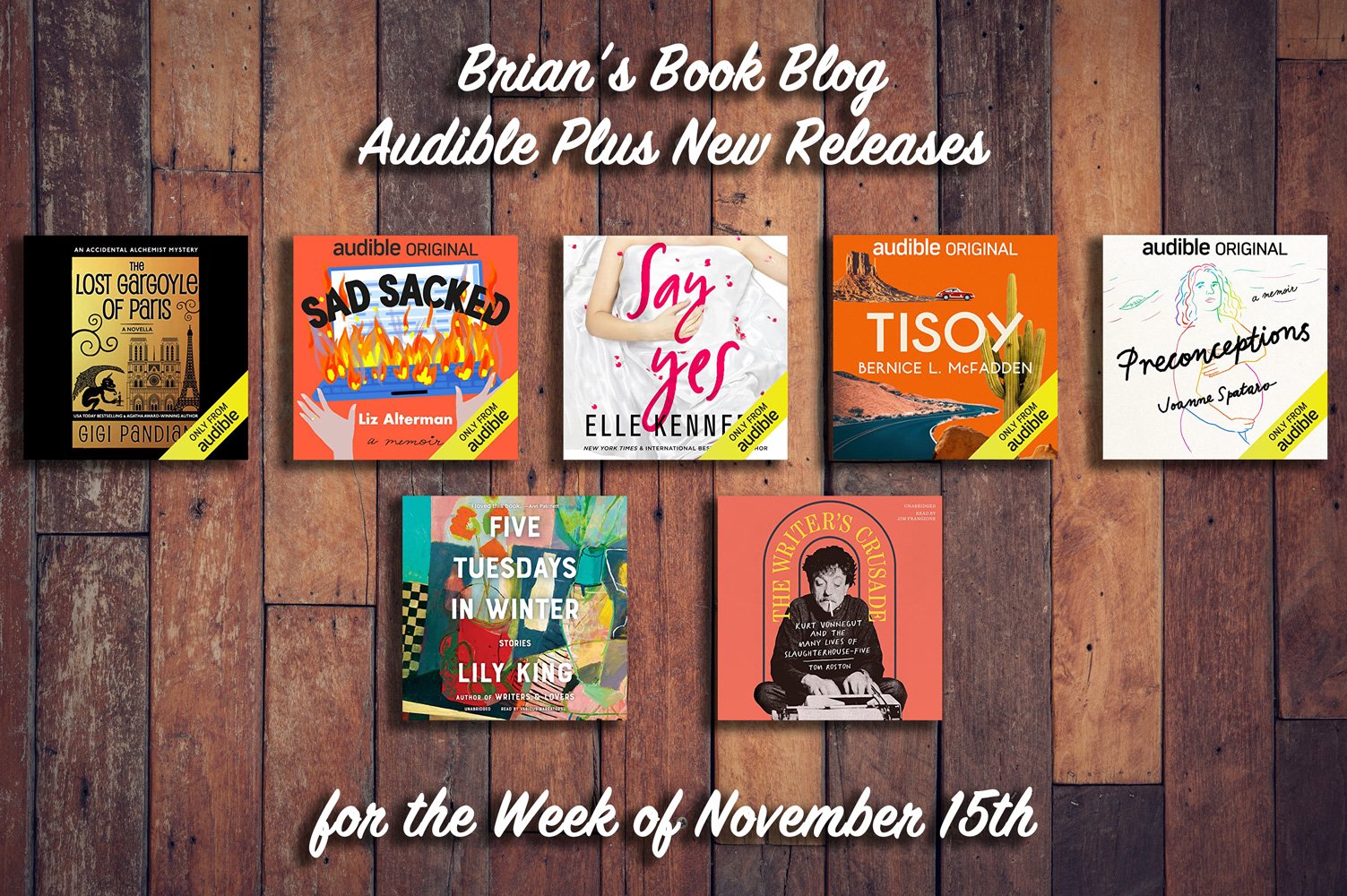 Welcome to Brian’s Book Blog’s weekly New ‘Free with Audible Plus’ Post for the Week of November 15th. 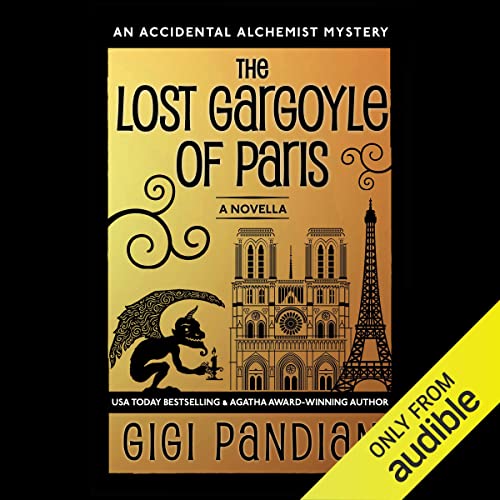 A trip to Notre Dame Cathedral in Paris. An art heist. And a locked-room mystery.

Alchemist Zoe Faust and her impish gargoyle sidekick Dorian Robert-Houdin travel to Notre Dame Cathedral in Paris to investigate a mysterious discovery found in the wreckage of the tragic fire: a long-lost gargoyle illustration drawn by Victor Hugo himself.

When the work of art is stolen under impossible circumstances, Dorian must use his “little gray cells” — not to mention his culinary skills — to solve the crime and discover the true origins of where he came from.

The Lost Gargoyle of Paris is an Accidental Alchemist Mystery novella and is less than half the length of the novels in the series. It stands alone, but if you want to hear more about Zoe, Dorian, and their misfit friends back in Portland, Oregon, check out The Accidental Alchemist, The Masquerading Magician, The Elusive Elixir, and The Alchemist’s Illusion. 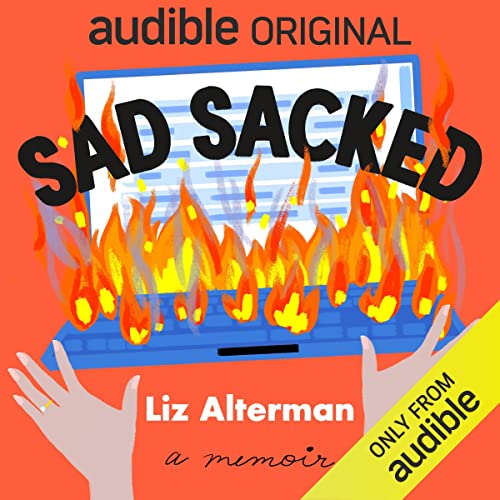 The last person Liz Alterman expects to hear from during her Thanksgiving prep is her husband, Rich. He never calls from his job at a busy Manhattan newsroom. And he never will again, because he’s just been laid off. Two months later, Liz is downsized, too.

At first, Rich is enchanted with his new leisurely lifestyle. But when he’s still unemployed six months later, his euphoric mood devolves into depression and despair. It falls to Liz to figure out how to support their family of five and keep up appearances in their well-to-do suburb, where even nannies drive the latest model Lexus.

Sad Sacked blends the wit of Nora Ephron’s Heartburn with the madcap hilarity of Maria Semple’s Where’d You Go, Bernadette to expose the pressure on women to put on a happy face even as their world falls apart. In Liz Alterman’s gifted hands, we laugh until we cry about what happens when the bottom drops out. 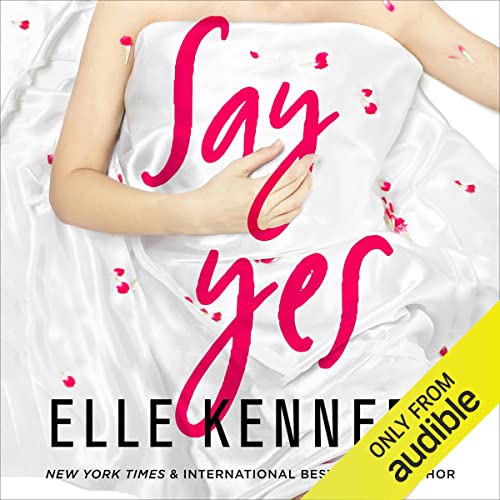 Maid-of-honor Emilia is looking for some stress-busting fun the night before her best friend’s wedding. And what’s more fun than a no-strings hookup? Good thing there’s an app for that, and she’s in luck – the sexy stud she swipes right on is more than happy to fulfill all her sexual needs. Her hot night with “Dirk” is everything she knew it would be.

He looks a hell of a lot like the groom.

From Bernice L. McFadden, one of the most cherished voices in contemporary fiction, comes a dramatic family saga spanning two generations of one mixed-race family during the second half of the 20th century.

When we meet Joseph Patrick, he’s in the midst of a classic midlife crisis. After dropping an obscene amount of money on a luxury watch—and leaving his wallet at the store—Joseph hops into a rented Porsche and takes off across the desert. He no sooner hits the open road than a coyote darts in front of the speeding car, wrecking it and leaving Joseph stranded in the heat, with no cell phone service—and no ID. The sight of the dying coyote sparks a memory that transports Joseph back to his childhood in rural Pennsylvania, shifting the story to the not-so-distant past, where the young Patrick family must navigate small-town attitudes about race and interracial marriage all while trying to rise into the American middle class.

Vividly told and by turns profoundly moving and darkly funny, Tisoy is an Audible Original Story about race, family, identity, and ambition. With a pitch-perfect performance from Ron Domingo (Law and Order: SVU), Tisoy examines the unwritten rules of the American Dream, the ones we’re forced to follow and the ones we must break. 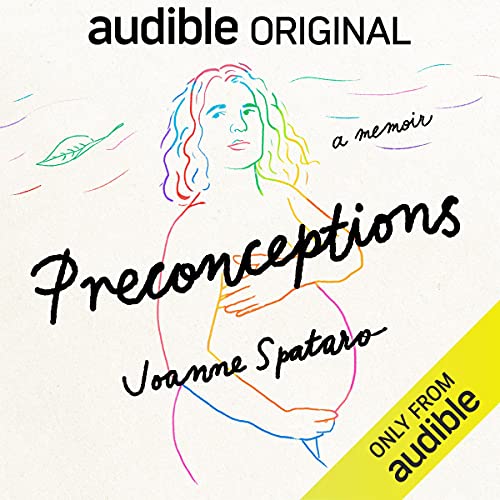 As a gay person, Joanne dreamed of falling in love and having a child. This seemed impossible—until she swiped right on Lara. From their first date on, Joanne knew Lara was the one—kind, caring, and wanting to have a child together someday.

Two years later, Lara, a transgender woman, told Joanne, a cisgender woman, that if they wanted to try having a biological child, it was now or never. Despite the physical and mental obstacles, the couple embarked on a conception journey that would take their bond to the brink.

Told with humor and heart, Preconceptions is the story of how, against all odds, two people realized their dream of becoming a party of three. 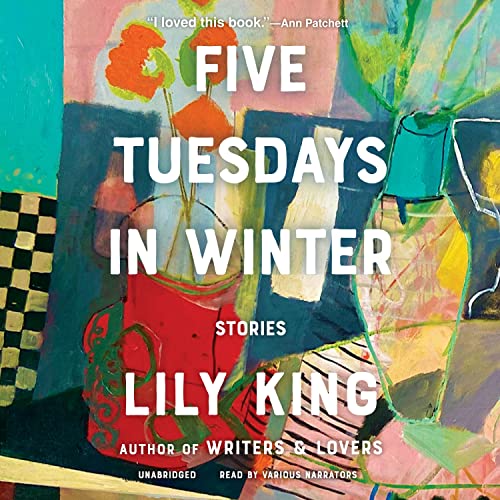 With Writers & Lovers and Euphoria, Lily King’s books catapulted onto best seller and best-of-the-year lists across the country and established her as one of our most “brilliant” (New York Times), “wildly talented” (Chicago Tribune), and beloved authors in contemporary fiction. Now, for the first time ever, King collects 10 of her finest short stories — half published in leading literary magazines and half brand new — opening fresh realms of discovery for avid and new listeners alike.

Told in the intimate voices of unique and endearing characters of all ages, these tales explore desire and heartache, loss and discovery, moments of jolting violence, and the inexorable tug toward love at all costs. A bookseller’s unspoken love for his employee rises to the surface, a neglected teenage boy finds much-needed nurturing from an unlikely pair of college students hired to housesit, a girl’s loss of innocence at the hands of her employer’s son becomes a catalyst for strength and confidence, and a proud nonagenarian rages helplessly in his granddaughter’s hospital room. Romantic, hopeful, brutally raw, and unsparingly honest, some even slipping into the surreal, these stories are, above all, about King’s enduring subject of love.

Lily King’s literary mastery, her spare and stunning prose, and her gift for creating lasting and treasured characters is on full display in this curated selection of short fiction. Five Tuesdays in Winter showcases an exhilarating new form for this extraordinarily gifted author writing at the height of her career. 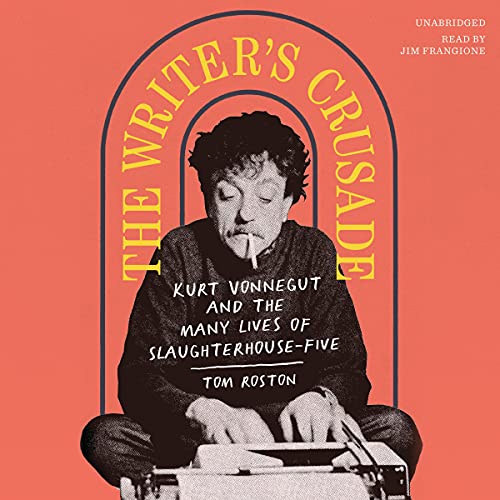 The story of Kurt Vonnegut and Slaughterhouse-Five, an enduring masterpiece on trauma and memory.

Kurt Vonnegut was 20 years old when he enlisted in the United States Army. Less than two years later, he was captured by the Germans in the single deadliest US engagement of the war, the Battle of the Bulge. He was taken to a POW camp, then transferred to a work camp near Dresden, and held in a slaughterhouse called Schlachthof Fünf where he survived the horrific firebombing that killed thousands and destroyed the city.

To the millions of fans of Vonnegut’s great novel Slaughterhouse-Five, these details are familiar. They’re told by the book’s author/narrator, and experienced by his enduring character Billy Pilgrim, a war veteran who “has come unstuck in time”. Writing during the tumultuous days of the Vietnam conflict, with the novel, Vonnegut had, after more than two decades of struggle, taken trauma and created a work of art, one that still resonates today.

In The Writer’s Crusade, author Tom Roston examines the connection between Vonnegut’s life and Slaughterhouse-Five through his work, his personal history, and discarded drafts of the novel, as well as original interviews with the writer’s family, friends, scholars, psychologists, and other novelists including Karl Marlantes, Kevin Powers, and Tim O’Brien. The Writer’s Crusade is a literary and biographical journey that probes fundamental questions about trauma, creativity, and the power of storytelling.