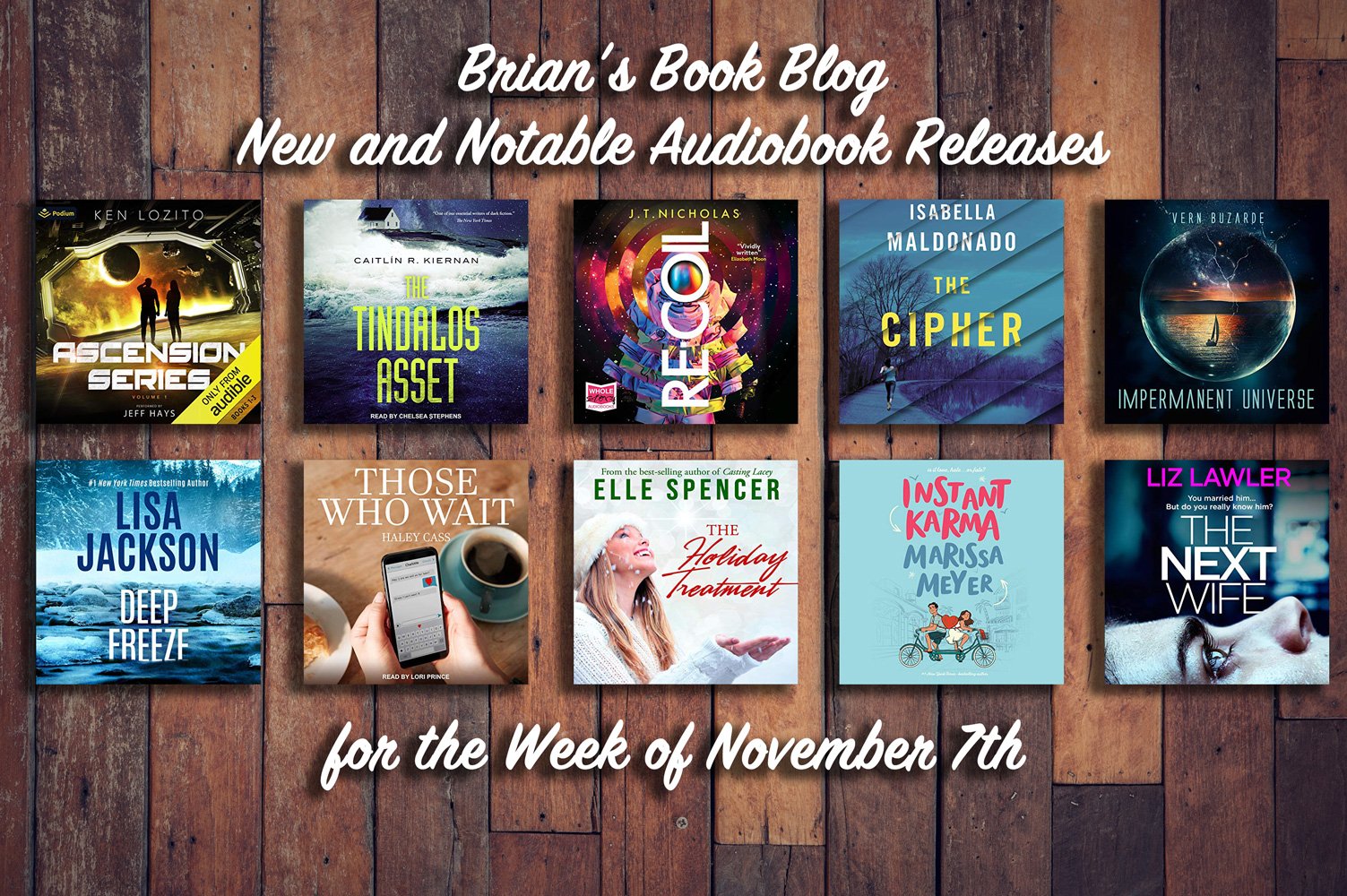 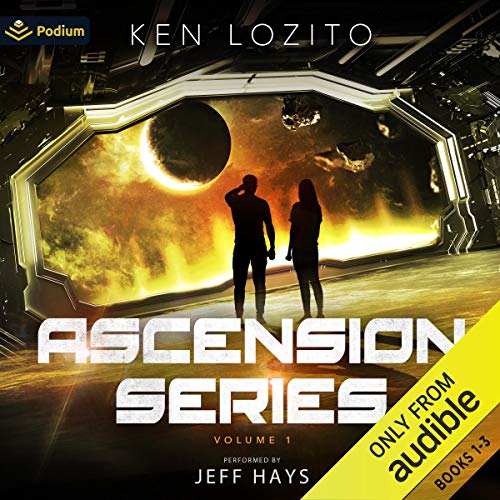 Contains books one, two and three of the action-packed space opera Ascension series.

They’ve been watching us for hundreds of years. Now they need our help. Earth is not safe.

Zack is good at finding things, but when he discovers a global conspiracy, life as he knows it is over. Sometimes, the truth doesn’t set you free. It traps you instead.

Kept secret for 60 years, the discovery of an alien signal forces an unlikely team to investigate a mysterious structure discovered in the furthest reaches of the solar system.

Join the crew of the Athena, Earth’s most advanced spaceship on the ultimate journey beyond our wildest imagining. 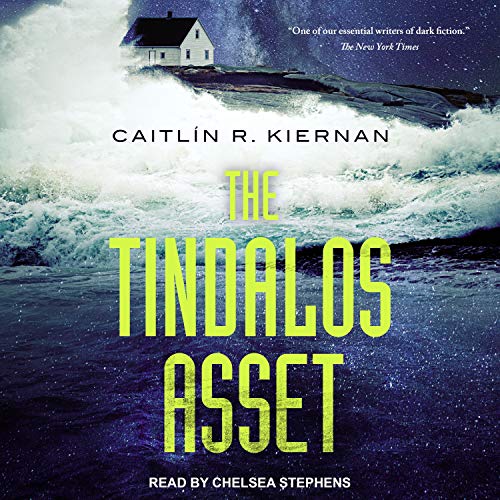 A rundown apartment in Koreatown. A Los Angeles winter. A strung out, worn out, wrecked, and used government agent is scraped up off the pavement, cleaned up, and reluctantly sent out into battle one last time.

Ellison Nicodemo has seen and done terrible things. She thought her only remaining quest was for oblivion. Then the Signalman comes calling. He wants to learn if she can stop the latest apocalypse. Ellison, once a unique and valuable asset, can barely remember why she ever fought the good fight.

Still, you don’t say no to the Signalman, and the time has come to face her fears and the nightmare forces that almost destroyed her. Only Ellison can unleash the hound of Tindalos…. 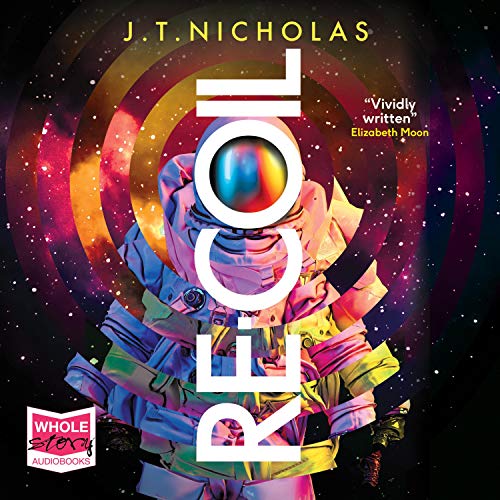 Re-Coil by J.T. Nicholas
Narrated by Toby Longworth
Self Published

The Expanse meets Altered Carbon in this breakneck science-fiction thriller where immortality is theoretically achievable, yet identity, gender and selfhood are very much in jeopardy….

Carter Langston is murdered whilst salvaging a derelict vessel – a major inconvenience as he’s downloaded into a brand new body on the space station where he backed up, several weeks’ journey away. But events quickly slip out of control when an assassin breaks into the medbay and tries to finish the job.

Death no longer holds sway over a humanity that has spread across the solar system: consciousness can be placed in a new body, or coil, straight after death, giving people the potential for immortality. Yet Carter’s backups – supposedly secure – have been damaged, his crew are missing and everything points back to the derelict that should have been a simple salvage mission. With enemies in hot pursuit, Carter tracks down his last crewmate – re-coiled after death into a body she cannot stand – to delve deeper into a mystery that threatens humanity and identity as they have come to know it. 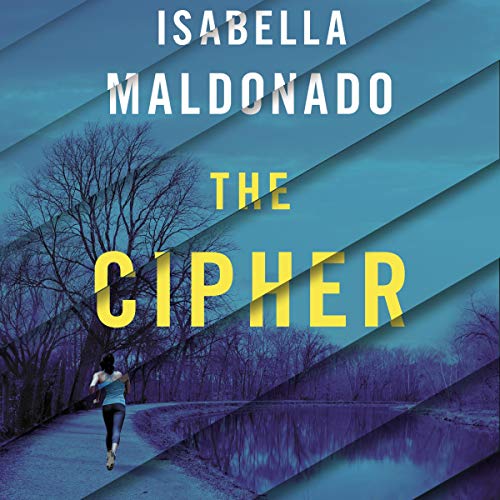 To a cunning serial killer, she was the one that got away. Until now…

FBI Special Agent Nina Guerrera escaped a serial killer’s trap at 16. Years later, when she’s jumped in a Virginia park, a video of the attack goes viral. Legions of new fans are not the only ones impressed with her fighting skills. The man who abducted her 11 years ago is watching. Determined to reclaim his lost prize, he commits a grisly murder designed to pull her into the investigation…but his games are just beginning. And he’s using the internet to invite the public to play along.

His coded riddles may have made him a depraved social media superstar – an enigmatic cyber-ghost dubbed “the Cipher” – but to Nina he’s a monster who preys on the vulnerable. Partnered with the FBI’s preeminent mind hunter, Dr. Jeffrey Wade, who is haunted by his own past, Nina tracks the predator across the country. Clue by clue, victim by victim, Nina races to stop a deadly killer while the world watches. 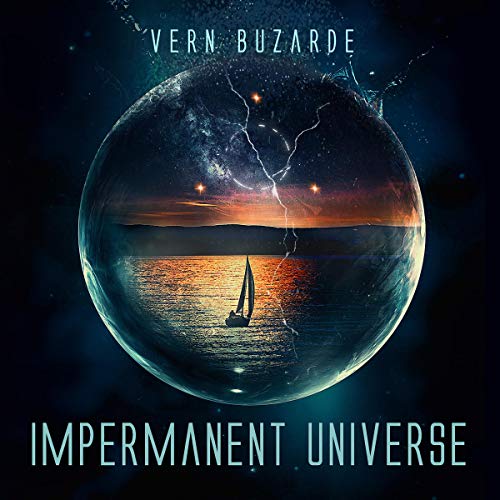 “I can’t remember a book I’ve read cover to cover in a single sitting.”

When computer scientist Tess Carrillo experiences a traumatic loss, she enters a high-stakes world where two powerful technology titans battle over the future of reality itself.

As if guided by fate, Tess is recruited to lead a team of eccentric experts in a secret complex deep within the San Juan Mountains of Colorado. As the first sentient computer comes to life, dimensional lines begin to fray and blend causing her to question what is real. Equipped with clues scattered throughout her psyche, time, and space, she struggles to solve the ultimate puzzle before everything ends.

“Masterfully casts a whole new light on our perception of reality.” 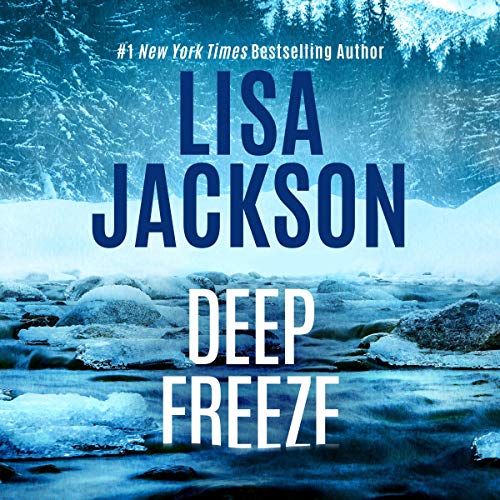 When she wakes up, she’s very cold. Colder than she’s ever been in her life. She can’t move or speak. And then she sees him. The one who took her. And before she dies, she wishes she could scream…

Is About To Become…

Former movie star Jenna Hughes left Hollywood for an isolated farm in Oregon to get away from fame. But someone has followed her – an obsessed fan whose letters are personal and deeply disturbing. And while Jenna’s already shaken up by what she’s seen on paper, she’d be terrified if she knew what Sheriff Shane Carter is investigating. It’s a shocking case that started with the discovery of a dead woman in the woods. Now two more women are missing, one of whom bears a striking resemblance to Jenna… 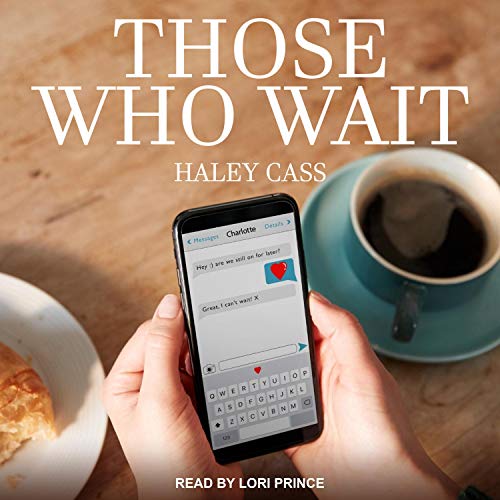 Sutton Spencer’s ideas for her life were fairly simple: finish graduate school and fall in love. It would be a lot simpler if she could pinpoint exactly what she should do when she graduates in less than a year. Oh, and if she could figure out how to talk to a woman without feeling like a total mess, that would be great, too.

Charlotte Thompson is very much the opposite. She’s always had clear steps outlining her path to success with no time or inclination for romance. Her burgeoning career in politics means everything to her, and she’s not willing to compromise it for something as insignificant as love. Fleeting, casual, and discreet worked perfectly fine.

When they meet through a dating app, it’s immediately clear that they aren’t suited for anything more than friendship. Right? 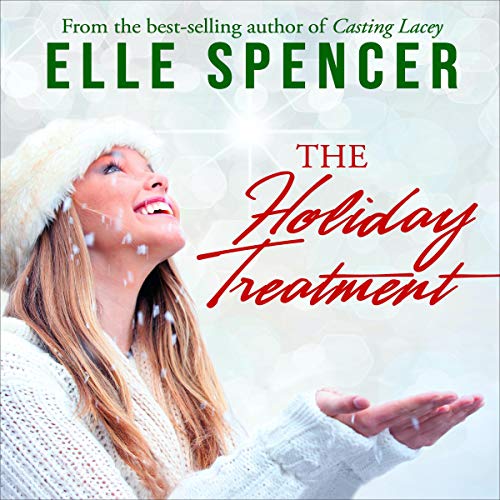 By day, Holly Hudson’s a story editor for Wifetime Network. By night, she’s the writer for the network’s very cheesy, very straight holiday romance series -Christmas in Evermore. Holly took the job to accomplish exactly one thing: A gay Christmas movie. She’s been shot down before, but things start to look up when Meredith Drake unexpectedly moves into the network’s holiday division.

On the heels of a brief (but totally hot) fling, Holly and Meredith agree to keep things professional now that they’ll be working together. Especially since the network has a strict policy about workplace relationships. Instead, they vow to channel their passion into a pitch for the network’s first Christmas movie to feature two female leads.

In this contemporary romance, Holly and Meredith work to make the Yuletide gayer while discovering that happy endings aren’t only for the movies. 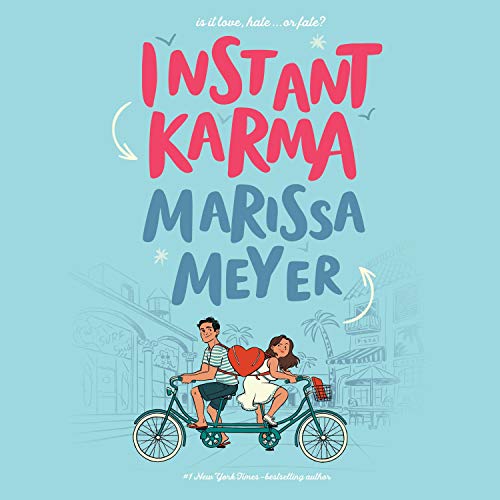 In New York Times best-selling author Marissa Meyer’s young adult contemporary romance, a girl is suddenly gifted with the ability to cast instant karma on those around her – both good and bad.

Chronic overachiever Prudence Daniels is always quick to cast judgment on the lazy, rude, and arrogant residents of her coastal town. Her dreams of karmic justice are fulfilled when, after a night out with her friends, she wakes up with the sudden ability to cast instant karma on those around her.

Pru giddily makes use of the power, punishing everyone from public vandals to mean gossips, but there is one person on whom her powers consistently backfire: Quint Erickson, her slacker of a lab partner. Quint is annoyingly cute and impressively noble, especially when it comes to his work with the rescue center for local sea animals.

When Pru resigns herself to working at the rescue center for extra credit, she begins to uncover truths about baby otters, environmental upheaval, and romantic crossed signals – not necessarily in that order. Her newfound karmic insights reveal how thin the line is between virtue and vanity, generosity and greed…love and hate…and fate. 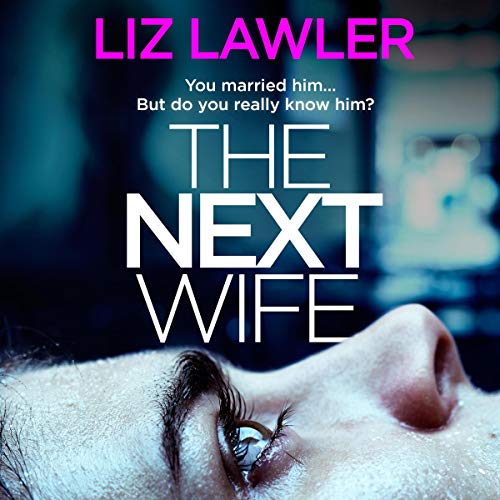 The Next Wife by Liz Lawler
Narrated by Zara Ramm
Bookouture, an imprint of Storyfire Ltd.

She watched the man help her out of the car. How could he bring this woman here and not change a thing? She wondered if his new wife was going to be safe in this house.

Daniel is everything I ever dreamed of. A handsome, successful doctor who truly swept me off my feet. I can’t wait to get back from our honeymoon and begin our new lives together.

Except, rather than taking us back to our flat, Daniel announces we are moving to a new house in a different city. And when we arrive, the house is fully furnished, with plates in the cupboard, pictures on the walls and new clothes in my closet. It’s like someone already lives here. It seems a bit strange. But I know Daniel is just trying to make sure our new life is perfect, right from the start.

And it is perfect. He’s perfect.

Until one day, Daniel makes a mistake. One that has terrible consequences. And he blames me.

I suddenly don’t recognize the kind, selfless man I fell in love with.

And soon after, an elderly lady I’ve often seen on our street knocks on the door. She tells me that I need to be careful, that I can’t trust my husband.

That I should ask him what happened to his first wife.

Liz Lawler, the true master of psychological suspense, is back with a heart-stopping, dark, and twisted story of what really goes on behind closed doors. Fans of Samantha Downing, B A Paris, and JP Delaney will be totally enthralled.