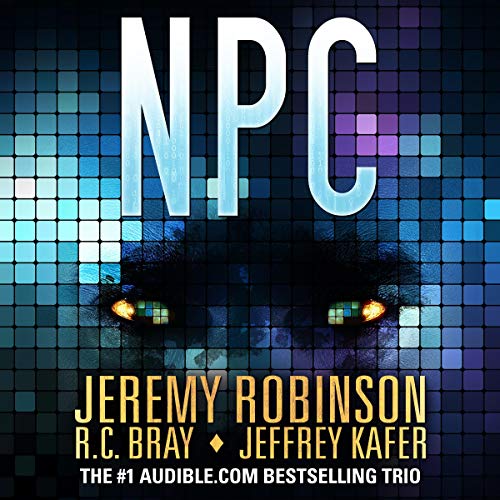 All Over The Place (In A Good Way)

What. A. Mind. Fuck. Seriously, the amount of times that I thought “okay, so this is what’s going on” where too damn high. Jeremy Robinson really threw me for a loop with this one. Then flipped me again and again. It was crazy.

I kept thinking to myself, surely it’s going to end like this or this. And I was wrong every time. I’m sure that some people will catch on faster than I did but I’ll tell you what, it was still a blast of a book.

I read the entire thing including the epilogue and I didn’t think at any point Robinson was shoving religion down my throat. I’m a former Catholic – so a lot of the stuff that was mentioned made sense especially since one of the main characters was a pastor. Each person is going to approach the thing that’s affecting them in a way that makes sense to them. If you’re an atheist you’ll see the creator one way. If you’re religious you’ll see it as God. That all makes sense to me and really didn’t take away from the book at all.

I can’t, for obvious reasons, go into much detail about this book but I can say that it starts off like a serial killer thriller, then it morphs into a psychological thriller, then again into a technothriller all the while keeping the characters and the story the same. It’s a bizarre mash up that shouldn’t work but it does.

Obviously then you throw in two of the best working voices in the business in Jeffrey Kafer and R.C. Bray and it’s perfect. Kafer and Bray each narrate one of the main characters and it helps know which one of them are talking (since the story bounces between their points of view a lot in the middle section). Kafer and Bray are great and I hope to hear a lot more books from them in the future.

Overall, NPC was an absolute “what the hell did I just read?” kind of book. One that I’ll definitely be thinking about for a while. And one that will have me never look at another human being the same.

Is your life real or is the world you live in a simulation? Are the people you call friends and neighbors living beings with inalienable rights, or are they NPCs – Non-Player Characters – whose soulless path through life is predetermined?

Samael Crane, a brilliant scientist, believes NPCs are all around us. And he can prove it.

When a body is discovered in the bay off Essex, Massachusetts, small town pastor and former Marine plagued by doubts, Ezekiel Ford finds himself called in to identify the deceased. His history is unknown. His full name is a mystery. No one knows where he came from. In fact, Ezekiel seems to be the only person in town who ever really noticed him, living on the fringe of reality, and sometimes in the homeless shelter supported by his church.

Ezekiel’s involvement in the case doesn’t go unnoticed by Samael, who has set out to prove – through deadly means – that NPCs exist, that reality is simulated, and that ‘God’ is a coder with a grudge. The two men’s missions become inextricably entwined, leading them down a path through the gray area between good and evil, science and religion, and reality and simulation, barreling toward a truth that will change the world and humankind’s place in it forever.

New York Times and number one Audible.com best-selling author Jeremy Robinson takes listeners on a journey that is not only action-packed, but full of scientific and philosophical intrigue. In his most mind-bending story since Infinite and Alter, Robinson blends genres, belief systems, and bold prose into an unputdownable tale exploring the nature of reality.

In the audiobook edition he is joined by number one Audible.com best-selling narrators, R.C. Bray and Jeffrey Kafer, creating a truly one-of-a-kind listening experience.