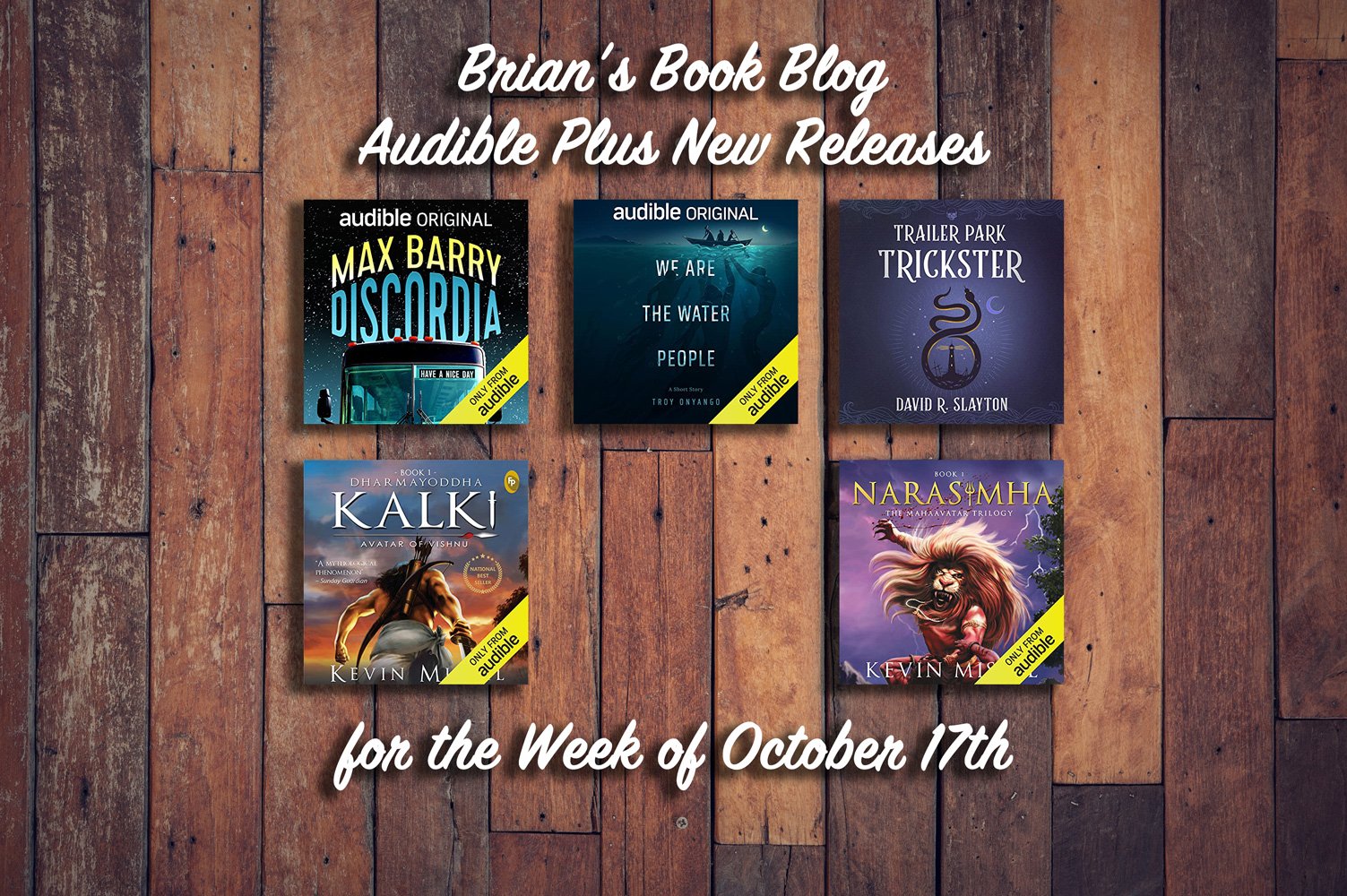 Welcome to Brian’s Book Blog’s weekly New ‘Free with Audible Plus’ Post for the Week of October 17th. 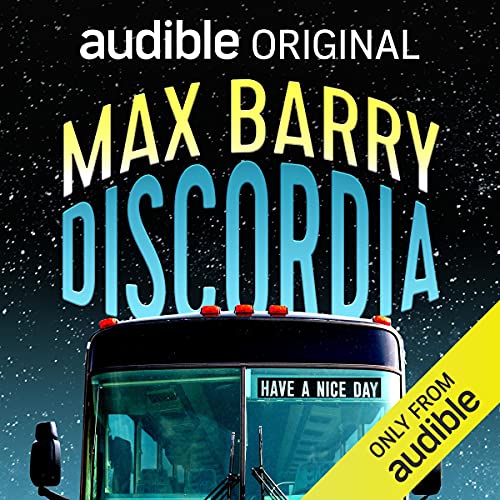 Check out my reviews of other Max Barry titles

He’s a part-time gardener and car thief. She’s a murderous nun on a holy mission from another dimension.

Together, they can save the world from a politically charged alien invasion – but only if the world wants to be saved.

From Max Barry, the author of Jennifer Government, Providence and Lexicon comes a satirical speculative adventure for fans of The Hitchhiker’s Guide to the Galaxy and Adjustment Day by Chuck Palahniuk. 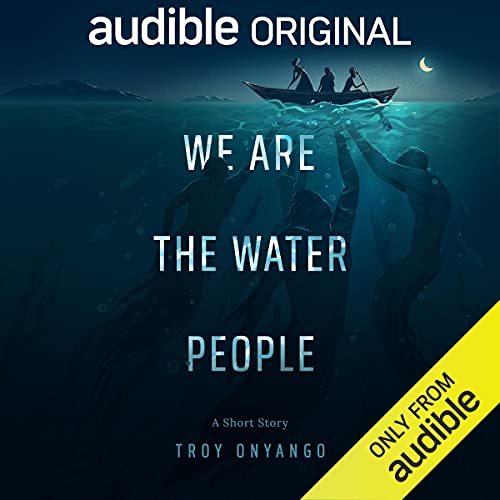 We Are the Water People by Troy Onyango
Narrated by Anita Kavuu-Ng’ang’a, Shiro Kihagi, Oheri Otobo

From critically acclaimed author Troy Onyango comes a dark, suspenseful tale of spirits bearing witness to a crime that rocks an island community, based in the Luo legend of the water people.

When fishermen on Nam Lolwe (commonly known as Lake Victoria) return with the body of a young boy found inside the sack, a close-knit island is thrown into mourning, and they all suspect foul play in the death of the child. But who could have committed such a terrible crime, and why? To discover the truth, the islanders must rely on the water spirits beneath the lake’s surface—the only souls who serve as witnesses to the vile act.

They are my harvest, and I will reap them all.

Returning to Guthrie, Oklahoma, for the funeral of his mysterious and beloved aunt, Sue, Adam Binder once again finds himself in the path of deadly magic when a dark druid begins to prey on members of Adam’s family. It all seems linked to the death of Adam’s father many years ago – a man who may have somehow survived as a warlock.

Watched by the police, separated from the man who may be the love of his life, compelled to seek the truth about his connection to the druid, Adam learns more about his family and its troubled history than he ever bargained for, and finally comes face-to-face with the warlock he has vowed to stop.

Meanwhile, beyond the Veil of the mortal world, Argent the Queen of Swords and Vic the Reaper undertake a dangerous journey to a secret meeting of the Council of Races…where the sea elves are calling for the destruction of humanity.

(Book one — NOT free with Audible Plus) 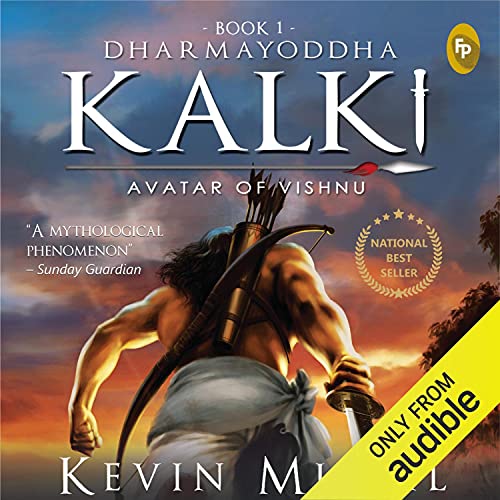 Born in the quiet village of Shambala, Kalki Hari, son of Vishnuyath and Sumati, has no idea about his heritage until he is pitted against tragedies and battles.

Whisked into the province of Keekatpur, which is under the fist of Lord Kali, Kalki sees the ignominy of death trumping life all around him. He learns that he has been born to cleanse the world he lives in, for which he must journey to the North and learn the ways of Lord Vishnu’s Avatar, from an immortal who wields an axe.

But trapped in the midst of betrayals, political intrigue and forces that seek to decimate him, will he be able to follow his destiny before the Kaliyug begins? 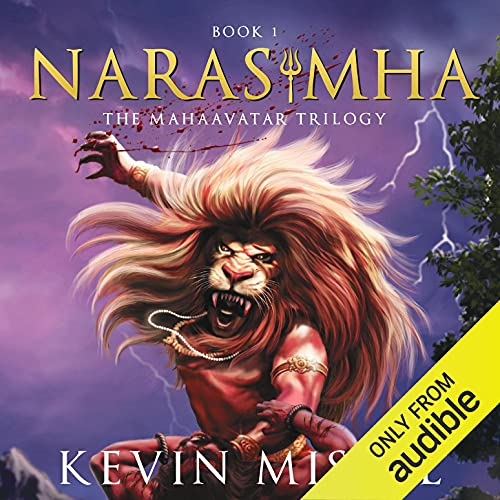 Narasimha, once a brave soldier, has left the war and lies low as a physician in a village. But a familiar face from his past seeks his help to stop the tyranny of the blind usurper Andhaka. If Narasimha refuses, the world might just end. What will he do? And why did he leave the war in the first place?

Prahlad, the interim king of Kashyapuri, is torn between the ideals of his unrighteous father and his love for Lord Vishnu. Whom will he choose?

Hiranyakashyap, the ruler of the Asura Empire, wants to avenge the death of his wife. To do that, he must go through the Trials and get the ultimate weapon – the Brahmastra. But the Trials have sent so many others to their death. Can Hiranyakashyap survive?

Welcome to the reimagining of the fourth Avatar of Lord Vishnu by best-selling author Kevin Missal.