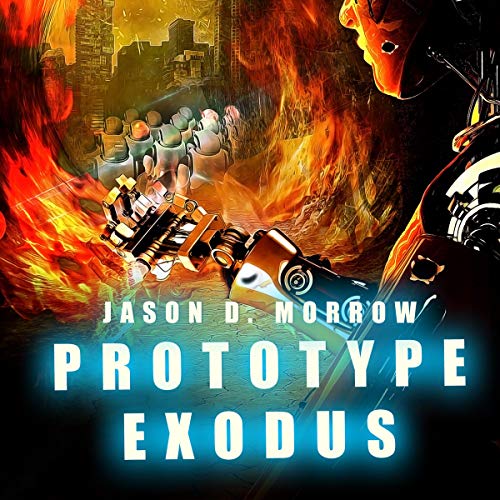 Having not read the first story in this series – I was jumping into this half-blind.  But, having read through some of the other reviews of this book (I usually try and avoid that but I couldn’t wrap my head around how I felt) it sounds like this is sort of a retelling of book one, but in the opposite direction.

Now, having not read the first book didn’t seem to affect my review or feelings on this since it was well explained and written out. I honestly thought it might be a book one since it had that “opening” feeling with only a few parts that made me feel like we were already in another story.

Morrow’s tale is an interesting one and I found myself enjoying it.  It feels weird saying that, but some stories, even if I give them a 3.5 aren’t that enjoyable. This one was.  It was entertaining from beginning to end.

The biggest area that I felt this book was missing was character development.  Even though I said it felt like a book one, it still felt like it was missing some of the reasons why characters were doing the things that they were doing.  That only bothered me when I genuinely couldn’t figure out why certain things were going on.

The narrator in this is it’s largest strong point.  This is my third title by Bennett and it will not be my last.  His narration in all three books I’ve listened to have added to the story in some way.

Overall, a pretty good book that kept me entertained from beginning to end.

Des stares at the mushroom cloud in the distance. The extreme heat threatens to melt his circuits. If he doesn't get away soon, he will be dead like the rest of his companions.

He travels onward, unable to stay behind and bury the bodies of those who had offered him friendship and a home. But his steps are not aimless. He knows there is only one group of people in all the world who could have detonated a nuclear weapon: the Mainlanders.

Upon arrival to Mainland, Des finds himself engulfed in another conflict between the Mainlanders and Outlanders as he tries to discover who is responsible for killing his friends. As the mystery unravels, he learns of a new danger that threatens to destroy humanity once and for all, and it is up to Des to stop it.