Quantum: A Thriller by Patricia Cornwell (Narrated by January LaVoy) 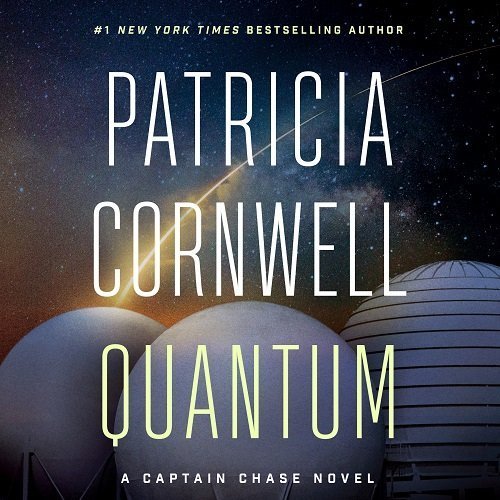 I wasn’t sure how I felt about this one upon finishing it. I did something that I rarely do. I read some other reviews to see what other reviewers thought of it.  What I realized quickly was that I’ve never read a Patricia Cornwell novel before so I wasn’t upset that the characters didn’t feel original or unique to her writing.  I also didn’t have any sort of thoughts or opinions on any of her work at all. So, I kind of went into this blind (especially compared to other reviewers). (A couple reviewers basically said that this novel was the exact same as her other books with a new setting – which obviously I wouldn’t know).

Quantum starts out extremely slow.  Cornwell sprinkled in some interesting parts but even then it’s so random and confusing that I ended up basically ignoring them or outright forgetting about them. The first 30-40% or so was pretty slow, getting to know the main characters and setting up some misdirection and a little bit of purposeful confusion.

Once it hits its stride this book was enjoyable though.  It went from a story about a scientist to a murder mystery in the middle with a little bit of science fiction sprinkled in to make this book one that’s really hard to pin down.

The final part of the book was an all out sprint.  It really kicked up the pace but I was a little bit disappointed with the ending as well. It just sort of ended instead of feeling properly like it was over.  I don’t think the characters or the original plot line are strong enough to get a sequel so I’m unsure of why Cornwell chose to end it the way that she did.

Of course, January LaVoy does a great job narrating this book. She gives Calli the right voice depending on the situation and the flashback scenes were well acted (they were in a different more panicky tone).

Overall, it was a pretty good book once you got past the opening third. It kept my interest but didn’t leave me feeling wowed like I thought it would.

On the eve of a top secret space mission, Captain Calli Chase detects a tripped alarm in the tunnels deep below a NASA research center. A NASA pilot, quantum physicist, and cybercrime investigator, Calli knows that a looming blizzard and government shutdown could provide the perfect cover for sabotage, with deadly consequences.

As it turns out, the danger is worse than she thought. A spatter of dried blood, a missing security badge, a suspicious suicide – a series of disturbing clues point to Calli’s twin sister, Carme, who’s been MIA for days.

Desperate to halt the countdown to disaster and to clear her sister’s name, Captain Chase digs deep into her vast cyber security knowledge and her painful past, probing for answers to her twin’s erratic conduct. As time is running out, she realizes that failure means catastrophe – not just for the space program but for the safety of the whole nation.