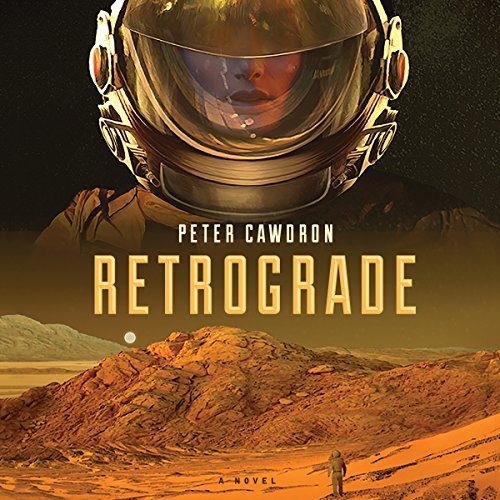 A Total Mind Mess of a Book

In a world of three and five book series, Cawdron seems to stand out writing single books that have more emotion and action than most series I’ve read.  Retrograde was no different.  It tells a story of a colony building excursion to Mars that turns out to be a fight for life.

Retrograde is perfect science fiction.  It takes all of the things that we, as humans, love and turns them against us.  We are on Mars, but the Martian environment wants to kill us.  We love technology, but sometimes it can go wrong.  We love to trust each other, that is until things break down — then it’s a selfish game. He takes all of these themes and shakes them up.  I listened to this in almost one sitting on a Saturday.  I couldn’t walk away from it.  I kept wanting to know what was going to happen next.  Or to figure out exactly what was going on.

Numerous times I tried to guess what the ending was.  I was close but still couldn’t get it right.  I’m a big fan when I can’t figure out the ending and it seems to come out of nowhere. Cawdron has done this to me on numerous books (and short stories).

The narration was done by Sarah Mollo-Christensen and she absolutely crushed it.  I’ve never listened to a book narrated by her before but I promise that this won’t be my last.  She was able to give the female main character the right voice, but didn’t ruin the male voices either.  She gave great performances for both sexes and made Retrograde an easy listen.

Overall, I may have read two of my favorite books of 2017 back-to-back this year, and I promise that if you like old-school (think Arthur C. Clarke) science fiction, you will not be disappointed in this at all.

The international team at the Mars Endeavour colony is prepared for every eventuality except one – what happens when disaster strikes Earth?

Mankind has long dreamed of reaching out to live on other planets, and with the establishment of the Mars Endeavour colony, that dream has become reality. The fledgling colony consists of 120 scientists, astronauts, medical staff, and engineers. Buried deep underground, they’re protected from the harsh radiation that sterilizes the surface of the planet. The colony is prepared for every eventuality except one – what happens when disaster strikes Earth?

Also by this author: Free Fall, Starship Mine, Anomaly, Maelstrom 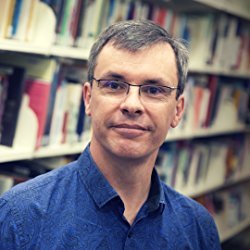 Peter is a fan of such classic science fiction writers as Philip K. Dick, Arthur C. Clarke and Michael Crichton and their influence on his style and story lines is readily apparent. You can follow Peter on Facebook or Twitter or find him posting some interesting tibit on his blog http://thinkingscifi.wordpress.com/