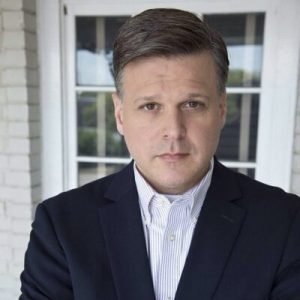 Author of political and post-apocalyptic fiction. I know. They’re the same genre.

Tom Abrahams is an Emmy and Edward R. Murrow award winning television journalist and member of International Thriller Writers. He is also a Kindle Unlimited All-Star, an Audible 5 Star Favorite, and author of more than two dozen novels. He writes in several genres including dystopian, sci-fi techno-thriller, post-apocalyptic, and political thrillers. His stories combine the realistic with the fantastic and have sold copies all over the world. The dramatic rights for his “A Dark World” trilogy are optioned for television and film. He’s married with two children and lives in Southeast Texas.