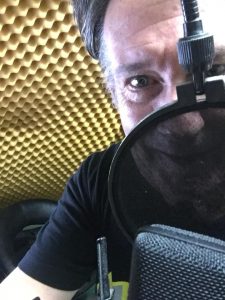 Patrick Lawlor is an award-winning audiobook narrator based in Milwaukee, WI. Lawlor has been an Audie Award finalist multiple times, and has received several AudioFile Earphones Awards. He has won a Publishers Weekly Listen-Up Award, a number of Library Journal and Kirkus starred audio reviews, and numerous Editors’ Picks, Top 10, and Year’s Best lists. He has recorded over three hundred audiobooks in almost every genre. In his spare time, Lawlor is a marathon runner.

A professional audiobook narrator since 2001, Patrick has recorded over 500 Audiobooks in just about every genre.