Audiobook: The Saboteur by Andrew Gross (Narrated by Edoardo Ballerini) 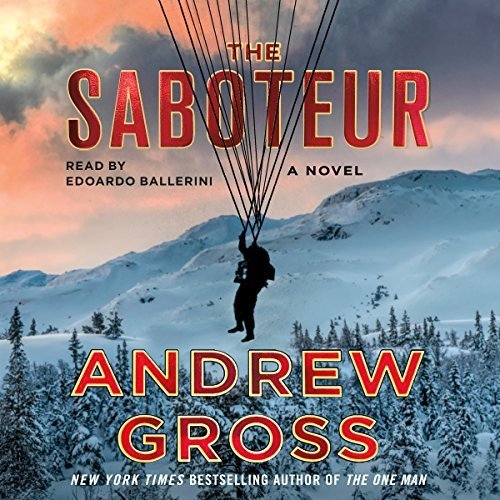 World War II is one of the most riveting time-periods in our history and I find myself enjoying more and more historical fiction from this time period.  So, when I saw that Andrew Gross wrote a book about this time period I had to jump on it (get it?)

The Saboteur is one of the better historical fiction books I’ve read in a while.  Gross is able to tell a story without going too overboard or too detail oriented.  Sure, there is a lot of detail and backstory in this book, but it wasn’t overboard.  Authors can get bogged down in making it historically accurate and forget that they are still writing a fictional book.  Gross did not do that, choosing to write a book that was both accurate and entertaining.

I wrote in my title that this read like a video game or a movie.  It really did.  I kept imaging a video game that would be based on this story and it would be an immensely fun one.  The same thing goes for a movie.  If this was made into a movie I would go see it.

Ballerini is an awesome narrator and his ability to switch from one character to another and change voices so that each person has their own feel was awesome.  It really made this book fly by and the story felt so real. I love when a narrator can breathe life into a story like this — it just helps make the story that much more enjoyable.

Overall, The Saboteur was an enjoyable historical fiction book with lots of thrilling scenes and harrowing storyline.

Based on the stirring true story, The Saboteur is Andrew Gross's follow-up to the riveting historical thriller, The One Man. A richly-woven story probing the limits of heroism, sacrifice and determination, The Saboteur portrays a hero who must weigh duty against his heart in order to single-handedly end the one threat that could alter the course of World War II.

February, 1943. Both the Allies and the Nazis are closing in on attempts to construct the decisive weapon of the war.

Kurt Nordstrum, an engineer in Oslo, puts his life aside to take up arms against the Germans as part of the Norwegian resistance. After the loss of his fiancee, his outfit whittled to shreds, he commandeers a coastal steamer and escapes to England to transmit secret evidence of the Nazis's progress towards an atomic bomb at an isolated factory in Norway. There, he joins a team of dedicated Norwegians in training in the Scottish Highlands for a mission to disrupt the Nazis' plans before they advance any further.

Parachuted onto the most unforgiving terrain in Europe, braving the fiercest of mountain storms, Nordstrum and his team attempt the most daring raid of the war, targeting the heavily-guarded factory built on a shelf of rock thought to be impregnable, a mission even they know they likely will not survive. Months later, Nordstrum is called upon again to do the impossible, opposed by both elite Nazi soldiers and a long-standing enemy who is now a local collaborator--one man against overwhelming odds, with the fate of the war in the balance, but the choice to act means putting the one person he has a chance to love in peril.

"The One Man contains many different plots and characters that cross the globe, and narrator Ballerini effortlessly manages the complex story line. All accents are portrayed authentically... the audio truly enhances the written text. This historical thriller will keep listeners engaged, and although they know how the war ends, they will find themselves on the edge of their seats wondering what happens next." - Booklist on The One Man

"[Edoardo Ballerini's] versatile transition between multiple characters will keep you riveted." - NJ.com on The One Man

ANDREW GROSS is the New York Times and internationally bestselling author of No Way Back, Everything to Lose, and One Mile Under. He is also coauthor of several #1 New York Times bestsellers with James Patterson, including Judge & Jury and Lifeguard. His books have been translated into over 25 languages. He lives in Westchester County, New York, with his wife, Lynn. They have three children. 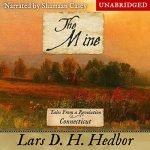 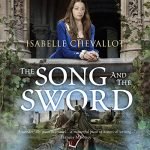 The Song and the Sword by Isabelle Cheva