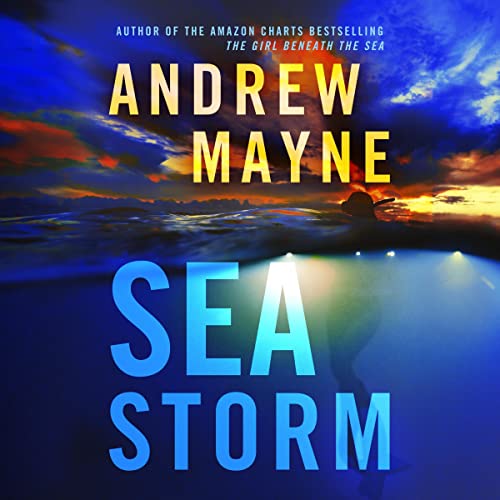 Absolutely Breezed Through It

This is the third book in the Underwater Investigation Unit series and it was just as fast-paced and interesting as the first two books were with a couple of twists and turns thrown in for good measure.

I’d started this book the day before a road trip with my wife and told her what had happened leading up to where we started on the trip. We ended up listening to the entire thing and we both really enjoyed it. There were a few scenes that had me rolling and laughing while driving – I won’t spoil them but it seemed like every time they were pushed down – another phone call happened and they were “ok”. I say this trying to disguise what was so funny to me but when you get to it you’ll likely understand.

Sea Storm was fast-paced and did a great job keeping that pacing up as things kept getting crazier and crazier. As always Mayne is able to keep the plot and the main points at the heart of the story but throws everything but the kitchen sink at the MCs.

Overall, I thought that Sea Storm was one of the best entries in this series and the cameos and character introductions made it even better. Especially if you’re a fan of Mayne’s other series’.

An explosive conspiracy sets the ocean roiling for a deep-diving investigator in a riveting thriller by the author of the Amazon Charts bestseller The Girl Beneath the Sea.

A distress call draws rescuers Sloan McPherson and the Underwater Investigation Unit to a cruise ship off the coast of Fort Lauderdale that’s sinking from a mysterious explosion. When it appears to be the work of an ecoterrorist and other ships are threatened, it becomes a race against time. More clues are discovered, and evidence is in danger of being washed away by a coming tropical storm. Sloan grows concerned that key details are being ignored, and a strange lack of urgency by authorities sets off alarms.

As the troubling questions compound, Sloan is determined to chase down every lead she has. Her persistence is getting her closer to the truth: that there’s something far more troubling at play than the official explanation. It’s also putting Sloan on a collision course with an enemy more powerful than she realizes, in a case so complex and deadly it may be impossible to prove. Now cracking the case is a matter of staying one step ahead of someone with every resource imaginable to bury Sloan and everything she knows.