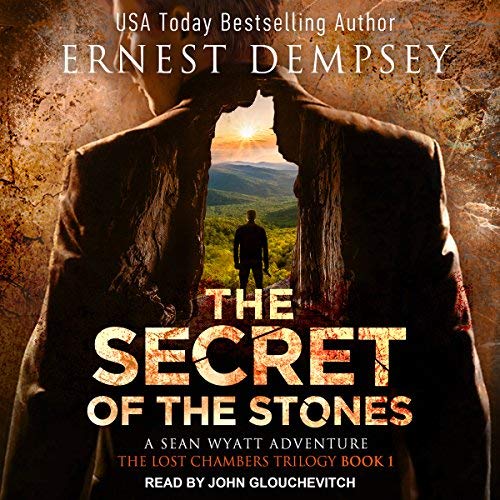 Good Aventure. Tries too hard to be more than that.

The opening of this book wasn’t slow but it wasn’t fast-paced either.  I can tell that Dempsey wanted to get into the story but also understood that we needed to understand who Sean Wyatt was a little before following him along the journey.

The Secret of the Stones is most easily summed up as an adventure book with a little bit of attitude. I’m used to reading David Wood – where there are always bad guys trying to take what the heroes of the story want – but there isn’t usually as much death in the wake of their search.

Sean Wyatt is similar to a 007 or Bourne where he probably shouldn’t be that good with a gun and shouldn’t be killing people left and right – but he did leave a wake of dead bodies (not always his kills though).

I think that Dempsey was trying to gain the attention of too many audiences in Secrets. One was definitely the Indiana Jones adventure crew.  This is obvious by all of the wording of the synopsis and most of the story.  I would definitely say if adventure books are for you – Secrets will be enjoyable.  The second group is the “fast-paced” thriller fans.  There was more action in this book than I was used to for an Adventure book.  I liked it – but it was more than I’m used to. The third group is conspiracy theorists.  Adventure and conspiracy kind of go hand in hand – so I’ll let this one pass.  The last and final group he was going at was religious-based.  I’m not sure if this was due to the story or if he’s trying to do an overarching story about religion and some new cultish religion or something – but it felt forced to me.

Overall, I thought that The Secret of the Stones was enjoyable and I definitely flew through it.  Dempsey wrote an easy to read story that flew by. They tried to kill him to cover up an ancient secret. Now Sean Wyatt is plunged head first into a race against time to save his best friend and the lives of billions.

A 4,000-year-old mystery lurks in the hills of Georgia. While investigating a strange series of ancient symbols, an archaeologist vanishes, and a professor he entrusted with the secret is murdered. Former government agent Sean Wyatt learns of his friend’s disappearance and the murder. Now he must unravel the clues to the ancient mystery that holds incredible power.

To save his friend, Sean will have to fight off highly trained mercenaries in hand to hand combat, violent shootouts, and high speed car chases through the Blue Ridge Mountains. And in the end, what he learns will change the history books as we know them.