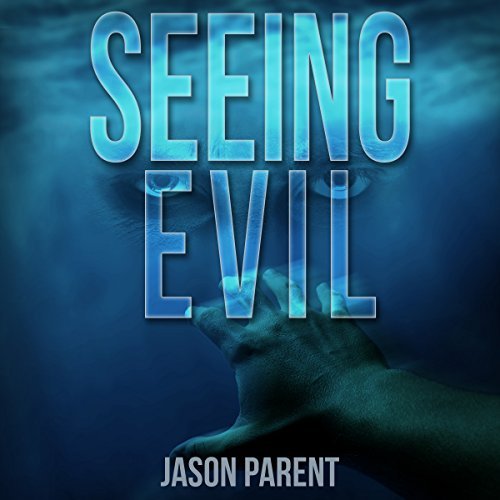 Hooked Me With Great Characters

This focuses on Michael whose parents were murdered when he was very young. The lead detective on the case, Samantha, keeps in contact with Michael throughout the years and have become good friends. Now in his teen years, Michael finds himself becoming the victim of a bully. During a vicious assault, after touching his attacker, Michael has a vision of the bully being shot and killed. It feels so real and Michael noted lots of details, that he tells anyone and everyone who will listen, including his teachers and Sam, but no-one believes him.. not until it happens exactly as he says it would. From then on Michael often gets visions of peoples deaths when he touches them.
Right from the very first page, I became hooked! Michael was a very compelling MC. He was so easy to like and to connect with. His reactions to the situations he found himself in were believable. He reacted as I would think a normal teenager would, with skepticism and moodiness!! Michael was well written and developed and I quickly became invested in his story.
The plot was fast-paced and intense. Tessa goes to Michaels school and upon hearing about Michael, she goes and asks him to touch her and tell her what her future will be. He sees something that he can’t ignore and tells Sam. They both become tangled up in something they might not live through! I don’t want to say more because it will spoil the surprise 😉
The thing I loved most about this book was the characters. As I already said, Michael was well written and developed, as were Tessa and Christopher Masterson. My heart shattered for Tessa and what she had to endure! I cried ugly tears over what happened to her and will admit that it was hard to read!! Christopher meanwhile was an absolutely horrendous person! This man was crazy with a capital c!! I loathed his character.
The only negative thing I would say about this was that the opening scene felt incomplete. I have a lot of questions and hope that they might be answered at some stage!! Other than that, this book was awesome! The pacing was solid, the plot was suspenseful and held my attention throughout, and the characters were all awesome! I hope book 2 comes to audio!!
Emma Lysy read this well. She had different tones and voices for the characters and was easy to listen to. The only problem I found was that she didn’t really capture the atmosphere as much as I would have liked! I feel like if she put the right emotion behind her voice then it would have been perfect.

Major Crimes Detective Samantha Reilly prefers to work alone - she's seen as a maverick, and she still struggles privately with the death of her partner. The only person who ever sees her softer side is Michael Turcotte, a teenager she's known since she rescued him 11 years ago from the aftermath of his parents' murder-suicide.

In foster care since his parents' death, Michael is a loner who tries to fly under the bullies' radar, but a violent assault triggers a disturbing ability to view people's dark futures. No one believes his first vision means anything, though - not even Sam Reilly. When reality mimics his prediction, however, Sam isn't the only one to take notice. A strange girl named Tessa Masterson asks Michael about her future, and what he sees sends him back to Sam - is Tessa victim or perpetrator?

Also by this author: Where Wolves Run, They Feed

Fletch by Gregory McDonald (Narrated by

They Feed by Jason Parent (Narrated by J