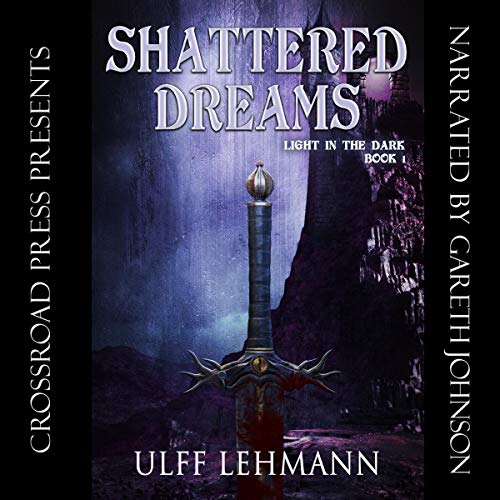 As with most epic fantasy novels, the world building in Shattered Dreams is great. A lot of time and energy is spent on this and it shows. Lehmann is able to build up this world that feels real and believable. It feels lived in and like it’s been there for eons. Sometimes this can be overdone in books like this, but I think that Lehmann was able to do it just enough.

Characters also play a huge role in epic fantasies, and there are usually a lot of them. Thankfully, the narration and overall writing style from Lehmann allows this one to not get lost in the different characters. Each one feels different and unique and almost all of them feel like they’re adding to the story.

There were a few times when reading this that I felt lost or like Lehmann was going on to fill more pages – but far less than I expected going into it. There were a few scenes that after pages and pages of description and back and forth – the payoff was worth it. And there were a few times that it wasn’t. I won’t go into details since that would spoil certain moments, but I think that the good outweighs the bad here.

Gareth Richards does a really nice job with this book. As with any epic fantasy there is always a lot to confuse the reader – but Richards is able to keep the reader interested and not confused. His narration adds to this story and really makes the 18 hours seem to fly by. One of the biggest benefits of listening to epic fantasy audiobooks is that you don’t have to guess how to say words like Dunthiochagh, Danastaer, and Ealisaid. Richards just says them and you move on.

Overall, an enjoyable grimdark epic fantasy. I don’t think I’ve ever read a book similar to this, but I definitely enjoyed it. It had this sort of edge to it that I wasn’t expecting, but it made it unique and interesting. It wasn’t a perfect book but those are hard to come by. It’s good moments definitely outweighed the few issues I had with it personally.

Epic fantasy filled to the brim with grimdark reality.

If one looks too long into the abyss, the abyss looks back. Drangar Ralgon has been avoiding the abyss’s gaze for far too long and now he turns to face it.

For 100 years the young kingdom of Danastaer has thrived in peace. Now their northern neighbor, mighty Chanastardh, has begun a cunning invasion.

Thrust into events far beyond his control, the mercenary Drangar Ralgon flees his solitary life as a shepherd to evade the coming war and take responsibility for his crimes.

As ancient forces reach forth to shape the world once more, the sorceress Ealisaid wakes from a century of hibernation only to realize the Dunthiochagh she knew is no more. Magic, believed long gone, returns, and with it comes an elven wizard sent to recover a dangerous secret.