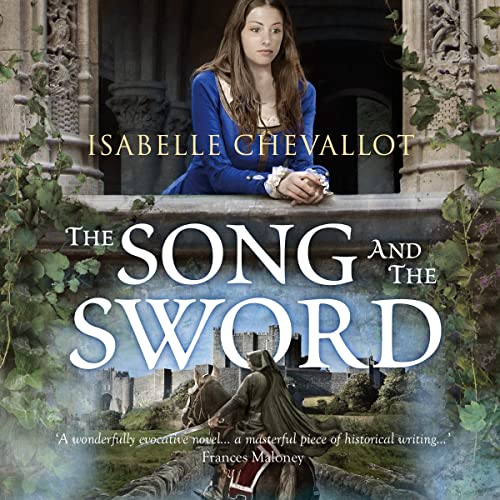 Great Storytelling In A Fascinating Era

It’s nice to step out of your comfort zone every once in a while. I did so with The Song and the Sword. Going into it, I knew it was set during a time that I knew very little about. And an era in that I’ve read even fewer fictional stories. Chevallot’s story starts off slowly, leading to a “slow burn” sort of feel where we learn about the characters, what makes them tick, and a little about the surrounding timeline.

Chevallot was able to write a romantic story within a timeline known for brutalist actions and lots of bloodsheds. And is still able to capture the essence of the romantic elements and the time it takes place. I don’t think this would have been easy, but I couldn’t tell she struggled while reading. A few times, I thought that she went on and on about certain things – but I took a step back and realized that because I knew so little about this era and these people, the descriptions of places and things were important to the storyline, and it stopped bothering me. They also let up as the story progressed and the “action” started.

The Song and the Sword was one of those books that surprised me. When I first started reading it I was perplexed as to where the story was going to go, but within a few minutes, I had a feeling I knew. Even knowing/assuming didn’t take away from the excellent storytelling Chevallot flexed here.

In 12th-century England, King Richard the Lionheart has just ascended the throne, and preparations are underway for the Third Crusade to wrest the Holy Land from Saladin’s clutches. Young lovers Eleanor and Hugh are thwarted by their fathers. While Eleanor is married off to Baron Rolf, a man who simmers with menace and will stop at nothing in his bid for power, Hugh trains to become a knight and embarks on Crusade to escape an arranged marriage to a woman he despises.

From the stark walls of Dover Castle, to the sanctuary of an austere priory and across tempest-swept seas to Normandy and the prosperous city of Messina, Sicily, Eleanor and Hugh must each brave a lonely and perilous journey of love and loss, grief and endurance with only their own wits to rely on.

The Song and the Sword by Isabelle Chevallot
Narrator: Andrew Kingston
Length: 10 hrs and 11 mins
Published by Self Published on September 16th 2022
Genres: Historical Fiction
Format: Audiobook
Buy from Audible