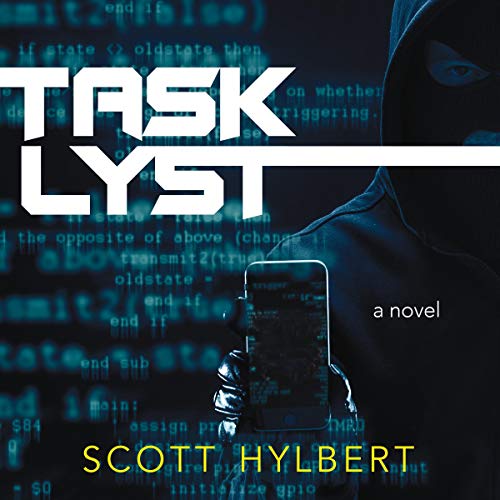 I Loved This Audiobook

I love this audiobook. It was a witty, smart and very timely listen. It focused around the Silicon Valley tech industry but also had glimpses of lives of the rich and famous and common folks alike. This was evident through our extremely diverse cast of characters.

Right from the get go this book grabs you and doesn’t let you go. It’s a wild ride and the best part is how true the possibility of this already existing on the internet already.

The author does a fantastic job giving us a glimpse into that Silicon Valley life with meetings at coffee shops, extravagant parties on huge yachts and then the nightlife of struggling musicians barhopping from gig to gig. The author really paints the picture that you are actually a part of this community.

I must admit at times during the middle of the story it sort of dragged with more details about the personal lives of the characters than I would have liked but it did not deter the overall story too much.

The performance was great and the person that did the narration was perfect for the job. At times his voice was creepy for those bar scenes and at other times very professional for those business meetings. His voicing of the female characters was also great. He made it easy to differentiate between each character no matter what gender. I especially enjoyed those scenes where our main character had some contemplation because it really showed in the performance.

This was such an awesome audiobook! It’s definitely pick this one up because it will change your view through the Internet even just a little bit. You never know what is out there on the web.

Elliot is a struggling musician who is trying to piece together enough cash every month to keep his dream of performing alive while also paying his rent. That’s when he discovered the new app TASK LYST. As a service provider, he sets his own hours, his funds are delivered covertly in bitcoin and the rates continue to grow…but so does his suspicion over the type of tasks that he is being asked to complete. Is the anonymous nature of app-based freelance work enough to abate Elliot’s suspicions…and conscious?

Meanwhile, the glossy new Task Lyst corporation is looking for start-up capital and perhaps an extra way to make the app profitable, by assisting the government in spying on users. Alice Seeger is a smart and beautiful executive who once had a promising future in Silicon Valley, but a few bad investments have put her on the edge of being fired and saddled with a lifestyle that she can no longer afford. At first glance, Task Lyst seemed like an app to pass on…until she discovers it’s dark underbelly which makes it more appealing financially while also being an enormous legal liability. She must test her own professional judgment against her morals in determining at what price she finds her own success.

This gig-economy thriller takes a look at the on-demand service industry, and it’s shady possibilities. Apps have become all-encompassing in our fast-paced modern lives and their utility is undeniable. In this gripping thriller, we follow the many sides, shades and shadows of the app economy and test the question: how far is too far?