The Coma by Alex Garland (Narrated by Shaun Grindell) 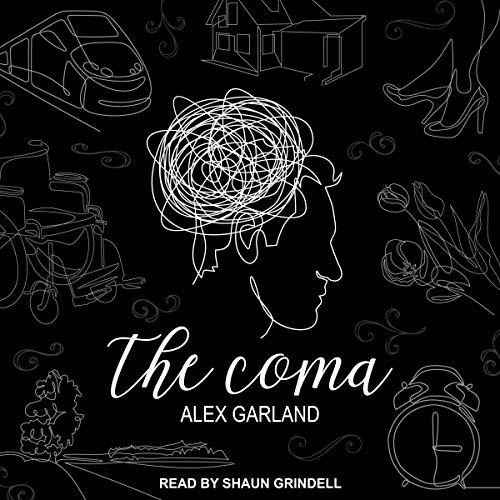 I’ve been a fan of Alex Garland’s movies for quite some time. Every since the first time I saw 28 Days Later (and then I realized after watching that, that he also wrote The Beach) I’ve been intrigued by his way of storytelling. I didn’t pick any of his books up though (other than basically a script-like book for 28 Days Later). When I saw that The Coma was going to be re-released on audio I had to give it a shot.

The thing that this book did was purposefully distort reality and non-reality. Think the way that Nolan did in Inception without as many different dream within a dreams. I don’t want to give away what I think that Garland’s actual point was to this story for fear that it’s incorrect or it’ll falsely color your reading of it, but I think I know what Garland was going for.

The story itself is short but enjoyable. Garland was able to pack a lot into this small package. Honestly, when I was reading it the only thing I could think of was that the main character in 28 Days Later wakes up, in a hospital, with a head injury similar to what Carl had in this story. I feel like if he wanted to be sneaky, he could have kept the same story-line with the two stories and it would make sense.

Overall, I really enjoyed this novella/short story and I’m glad that it has the opportunity to see the light of day as an audiobook again.

When Carl awakens from a coma after being attacked on a subway train, life around him feels unfamiliar, even strange. He arrives at his best friend’s house without remembering how he got there; he seems to be having an affair with his secretary, which is pleasant but surprising. He starts to notice distortions in his experience, strange leaps in his perception of time. Is he truly reacting with the outside world, he wonders, or might he be terribly mistaken?

So begins a dark psychological drama that raises questions about the the human psyche, dream versus reality, and the boundaries of consciousness. As Carl grapples with his predicament, Alex Garland – author of The Beach and the screenplays for 28 Days Later, Annihilation, and Ex Machina, plays with conventions and questions our assumptions about the way we exist in the world, even as it draws us into the unsettling and haunting book about a lost suitcase and a forgotten identity.

The Cabin by John Koloen (Narrated by St