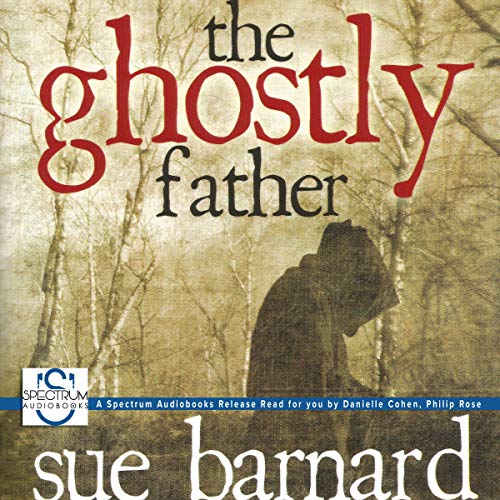 The Ghostly Father is a retelling of the classic Romeo and Juliet, but it’s quite a bit different. First off, it’s being told from a completely different perspective. And second, it’s being told (and kind of re-told) through the “translation” that the main character is performing.  Every time she translates the book, it’s read from the male narrators point of view.  Every once in a while she’ll add in thoughts about what’s going on (especially early on once she realizes what the story is actually about).

I’m not 100% sure that the females interjections were really needed. Sometimes they took away from the story (which, since it was sort of jumping back in time) had a sort of Assassin’s Creed feel to it. I can’t tell if it was just the storytelling or also jumping back into that time that did it for me.

The story itself is both familiar and not. I’ll be honest, it’s been a long time since I’ve read Romeo and Juliet, and even longer since I’ve actually thought about the plot, the people, and the overall story behind the story. Barnard takes an interesting point of view in The Ghostly Father – one that I definitely enjoyed reading.

Overall, I thought that the performance was great (especially Philip Rose who has a lot of the book). They were had the right accents and just the overall right vibe for this book.  I thought it was enjoyable and one of those “familiar-but-not” sort of books. The story and all of the major parts of it were familiar but all of the other stuff around it was not.

Think you know the world’s most famous love story? Think again. What if the story of Romeo and Juliet really happened – but not quite in the way we’ve all been told?

This part-prequel, part-sequel to the original tale, told from the point of view of the Friar, tells how an ancient Italian manuscript reveals secrets and lies which have remained hidden for hundreds of years, and casts new doubts on the official story of Shakespeare’s famous star-crossed lovers.

If you love the Romeo and Juliet story but are disappointed with the way it ended, this is the book for you.