The Guest List by Lucy Foley (Narrated by Various Artists) 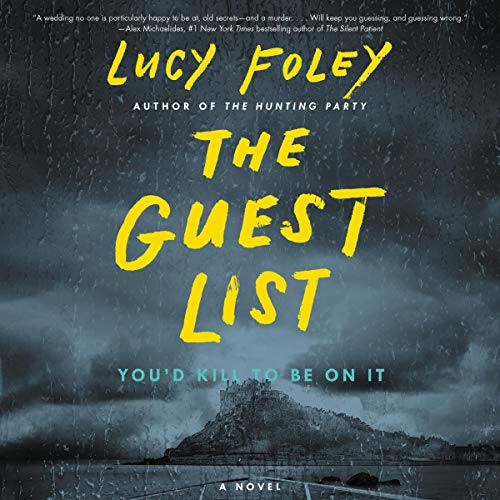 “And Then The Lights Went Out…”

This book was hard to pick a genre for – it was part Psychological Horror, part Thriller, part Suspense, and all parts one of the most interesting stories I’ve read in 2020. Sadly, I’ve not read anything from Foley before, but I kept hearing how good this book was and whoever told me that. You were right.  This book was fantastic.

The character building was interesting since Foley jumps around a lot. She would give us just enough to know someone then jump to another person.  Sometimes these characters interacted and sometimes they didn’t. Some characters had extended scenes together and some didn’t. It was a really interesting way to write a book and introduce characters but I loved it.

Throw in the narration done by multiple narrators – and this is mint. Foley writes from at least six different characters point of view and there are six narrators. One for each. I love that and it definitely helped figure out who was who when things were going faster and faster as the book drew near to its climax.

There are so many things that I want to say about this book… “and then the lights when out…”. I can’t talk about a lot of them because they are spoilers. I may have already spoiled the book a bit above but I couldn’t help it. It was so good and definitely a book that I want to talk to people about.

A wedding celebration turns dark and deadly in this deliciously wicked and atmospheric thriller reminiscent of Agatha Christie from the New York Times best-selling author of The Hunting Party.

On an island off the coast of Ireland, guests gather to celebrate two people joining their lives together as one. The groom: handsome and charming, a rising television star. The bride: smart and ambitious, a magazine publisher. It’s a wedding for a magazine, or for a celebrity: the designer dress, the remote location, the luxe party favors, the boutique whiskey. The cell phone service may be spotty and the waves may be rough, but every detail has been expertly planned and will be expertly executed.

But perfection is for plans, and people are all too human. As the champagne is popped and the festivities begin, resentments and petty jealousies begin to mingle with the reminiscences and well wishes. The groomsmen begin the drinking game from their school days. The bridesmaid not-so-accidentally ruins her dress. The bride’s oldest (male) friend gives an uncomfortably caring toast.

And then someone turns up dead. Who didn’t wish the happy couple well? And perhaps more important, why?