The Infinet by John Akers (Narrated by David A. Conatser) 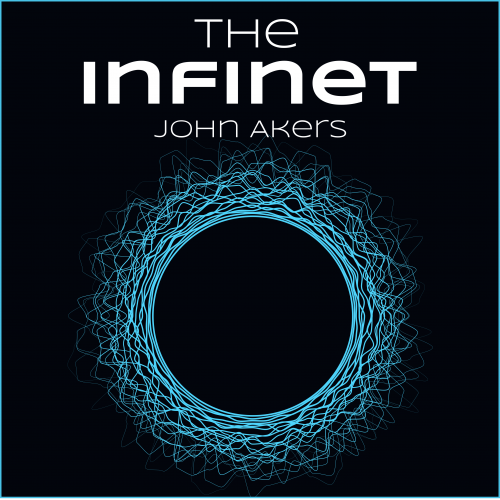 An Interesting Take on a Technothriller

The Infinet is one of those books that was exactly what I was hoping for. John Akers writes a story about the near future where certain things that we take for granted now are just common place. Where you wear a “Univiz” every day (a combination of augmented and VR glasses) and pretty much every piece of history and knowledge is at your fingertips.

The first part of the book gives us an introduction to the main characters and the technologies that are involved in the story, along with intermixed flashbacks (slightly hard to figure out when these were happening) and some news stories about people being attacked/bothered by their technology.  The scenes in which people were being bothered by their tech reminded me of an amazing scene from Mr. Robot where they harass someone by taking over all of their IoT (internet of things) connected devices to scare someone.

The final sprint of the book was completely unexpected and definitely kept my attention. The final 10% or so I just couldn’t put it down. I had to finish it to figure out what was going to happen. Thankfully, it had an “ending” but was also left pretty open since there are going to be at least two more books. I enjoyed The Infinet enough that I definitely want to know where the story goes and now that I know about the main characters and the main quantum computer – I believe that the next book won’t throw me for such a loop (or it will but that’ll be because Akers does it on purpose).

I thought that David A. Conatser did a pretty nice job with The Infinet. There were a few times that I thought he went a little overboard with some of the dramatic elements, but other times it added to the story. He definitely took a story that could have been confusing and made it a breeze to listen to.

Overall, The Infinet was an enjoyable Technothriller. It’s a book for fans of Eliot Peper and William Hertling.

A few years from now, an inventor named Pax creates the “Univiz”, a combination of augmented and virtual reality glasses that revolutionize how people communicate and interact with the world around them. The Univiz renders all other personal computing devices obsolete, and Pax goes on to become the head of Omnitech, the most powerful tech company in history.

But due to a recent downturn in sales, Pax finds himself suddenly facing a shareholder revolt. His only hope to retain control of the company he founded lies in a secret project he believes will revolutionize human cognition the way the Univiz transformed personal computing.

However, Pax’s plans are upended by a worldwide computer virus that attacks people through the internet of things (IoT). Within days, the virus threatens to destroy civilization, and Pax is forced to help deal with the crisis.

He meets a woman named Alethia, the brilliant leader of a mysterious society that has developed a quantum computer exponentially more powerful than any supercomputer ever built. Alethia reveals a devastating truth about humanity to Pax, before forcing him to make a choice that, no matter what he decides, will affect the future of the human race.

An eerie, believable vision of the near future, The Infinet is a speculative fiction thriller that can’t be missed!

The God Game by Danny Tobey (Narrated by