The Last Faoii by Tahani Nelson (Narrated by Sara Morsey) 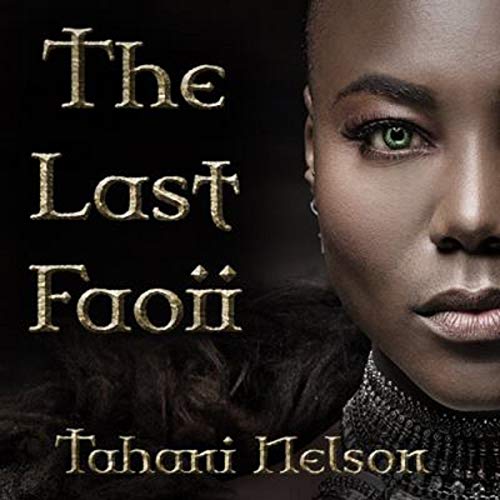 I normally don’t look at other reviews before writing mine since I don’t want to be affected by what they wrote or said but The Last Faoii left me feeling confused.  Not in a bad way but I couldn’t put the book into words.  In my head, that’s a good thing since it means that it was something new and unique that I couldn’t quickly bucket into a word or feeling.

The feeling that I think I was trying to figure out was intensely visceral.  The book was real and deep and dark at times, but I thought that Nelson did a wonderful job writing a world, characters, and an overall story arc that kept me going “just a few more minutes” until it was late into the night.

Fantasy isn’t normally my jam and Epic Fantasy is even less, but there was something about The Last Faoii that pulled me in and held on.  I couldn’t stop reading it and I wanted to figure out what was going to happen minute after minute.

The only issues I had with it were probably more personal and an issue related to the genre and the tropes surrounding it.  I won’t even air them here since there isn’t a major reason to put a black eye on an otherwise great book.

Nelson’s work was only elevated by Morsey’s narration.  She was able to take an already good book and turn it into something better.  I love when a narrator is able to embody a work like I felt that Morsey did with The Last Faoii.

Overall, an enjoyable work of Epic Fantasy that had me staying up way too late to get through another chapter.

The Faoii have protected Clearwall for generations. With militaristic order and stalwart discipline, these women have reigned in prosperity. But when her monastery is attacked and her sisters slaughtered, only young Kaiya-faoii is left alive.

Forced to cope without the long-standing traditions of her Order, Kaiya travels the country on a mission to avenge her sisters and preserve what is left of her heritage. The search brings her not only to dark discoveries and ancient family secrets, but to something she never wanted or dreamed of: a brother she never knew she had.

Thrust into a war at the heart of a broken empire, the siblings must evaluate the true meanings of enemy, betrayal, and freedom - and the gray areas surrounding each. Kaiya slowly learns the true state of the world outside her monastery's walls, the dangers of the poisonous army that is slowly covering the land, and of her own innate abilities gifted by the Goddess.