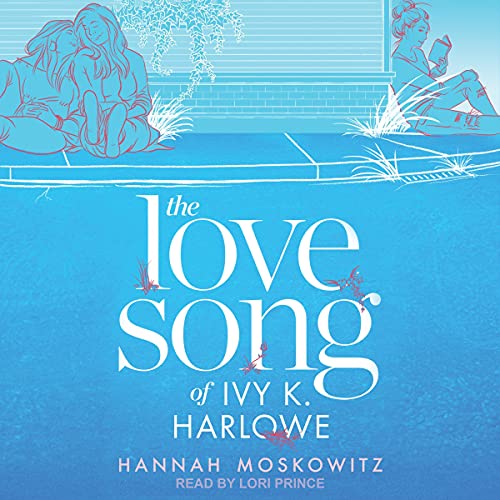 What An Interesting Story

I don’t think I’m able to write this review without some sort of spoilers since the book had some specific things that happened that were parts of the story that if I don’t talk about them or at least mention them – I won’t be writing the best review that I can write. Now, that being said, I promise to try not to put a full spoiler in here – and if I do, I’ll try and mark it.

I don’t know if I’ve ever read a book where the entire introduction and probably first, almost half, of it was about a love story that I wasn’t rooting for. As things started I thought, “oh okay, I know where this is going”, but as Moskowitz wrote more and more about Ivy I just found myself understanding who she was but also not really wanting her to be the one that Andie ends up with. Now, I’m happy with how the story ended without spoiling officially, but I definitely didn’t see it coming.

I did enjoy the parts of the story that happened that “softened” up Ivy (man it’s hard to not spoil things), but those scenes and the things that happen after really changed who she was, or at least the perception that Andie had of her. It didn’t make my feelings for Andie change at all, but it changed how I saw Ivy and her.

This book is so much more than just a love story, it’s a story about who Andie is (and about what’s it’s like not knowing who you are supposed to be), it’s about “healing” in interesting and different ways, along with a story about what to do when someone you love is hurting (and you can’t help them get better).

Lori Prince nails the narration as always – and she really adds a lot to this story. This is the first book from Hannah Moskowitz that I’ve read, but it won’t be my last.

Ivy K. Harlowe is a lot of things.

She’s my best friend. She’s the center of attention. She is, without fail, the hottest girl in the room. Anytime. Anyplace.

She has freckles and dimples and bright green eyes, and with someone else’s energy she’d be adorable. But there is nothing cute about Ivy. She is ice and hot metal and electricity.

She is the girl who every lesbian wants, but she has never been with the same person twice. She’s one-of-a-kind but also predictable, so I will always be Andie, her best friend, never Andie, her girlfriend.

Then she meets Dot, and Ivy does something even I would have never guessed – she sees Dot another day. And another. And another.

Now my world is slowly going up in smoke, and no matter what I do, the flames grow higher. She lit that match without knowing who or what it would burn.

Ivy K. Harlowe is a lot of things. But falling in love wasn’t supposed to be one of them…unless it was with me.