The Network: A Novel by L. C. Shaw (Narrated by Charlie Thurston) 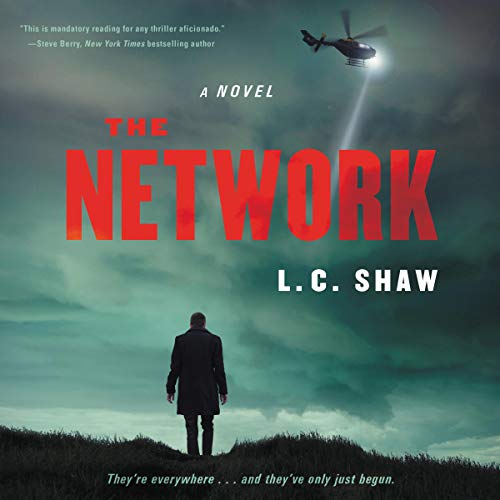 An Overdone Premise With a Little Too Much Religion For Me

While yes, this is a “pulse-pounding thriller” there were some scenes in it that were a little too much for me.  I believe that a book can be grounded in religious mysticism without pushing religion on its readers – The Network felt like it was trying to hard to change non-believers into believers.  I don’t know if that’s what Shaw was going for but it sure felt like it.

The story was jumping timelines and somehow I missed that for the first almost three-quarters of the book – once I figured it out, the book made a lot more sense.  I was trying to figure out how things were happening so linearly when they were talking about things in the past – then I was like, oh crap, Shaw is telling me that it’s a different time but I wasn’t paying attention.  I think because it wasn’t announced when we would jump into the present – but always when we jumped into the past.

The Network was an interesting and different thriller than many of the other ones that I’ve read.  Shaw is able to tell and interesting story while also mixing in some religious artifacts into it while also throwing in Nazi scientists, interesting research, and an overall “the whole world is going to end” vibe.

The “shadowy government group” can be overdone in some books – and this one I think it was a little overdone.  There are cool and interesting ways to have it work, but it just felt like a cop out in The Network.

Trying not to spoil anything, I think there will probably be another book in this series and at this point, I don’t know if I’ll read it or not. If Shaw leaves it alone, it’ll have a good ending, but if it’s picked up and continued it has the chance of being overdone very quickly.

A pulse-pounding thriller involving corruption, secrets, and lies at the very deepest levels of government and media.

A shadowy group is manipulating society – and they’ve only just begun.

Late one night, investigative journalist Jack Logan receives a surprise visit from US Senator Malcolm Phillips at his New York apartment. Disheveled and in a panic, the senator swears that he’s about to be murdered and pleads with Jack to protect his wife, Taylor, who happens to be the only woman Jack has ever truly loved.

Days later, Phillips is found dead in a hotel room in Micronesia, the apparent victim of an allergy attack. While the nation mourns, Jack and Taylor race to find the one man who knows the truth. As they’re pursued by unknown assailants, their desperate hunt leads them to the Institute, an immense facility shrouded in mystery that has indoctrinated a generation of America’s political and media power players. Led by the enigmatic Damon Crosse, the Institute has its tentacles everywhere – but Taylor unknowingly holds the secret to the one thing that Crosse needs to carry out his plan.

Taking listeners on a thrill ride from the back halls of Congress to the high-rise offices of Madison Avenue and a remote Greek island, The Network is a provocative, pulse-pounding novel that dares to ask the question: Who’s really in charge?