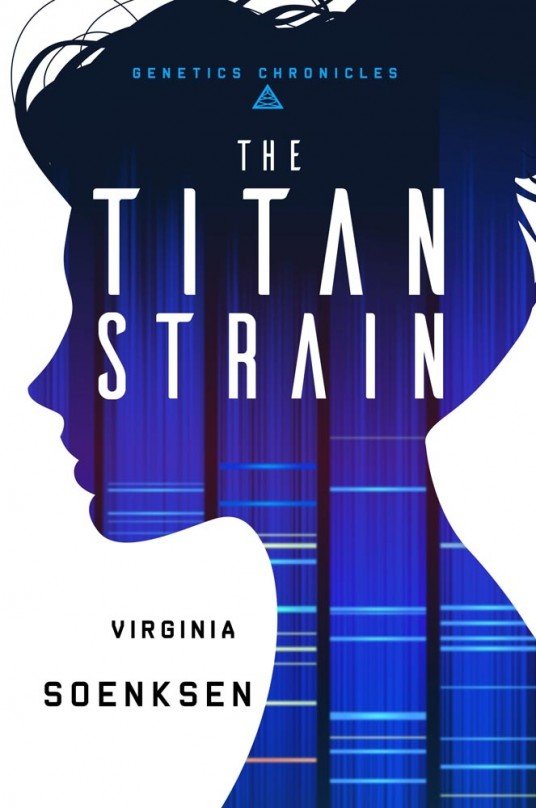 Easily one of the weirdest review taglines I’ve ever written. I don’t know why I went into this thinking that it was going to be a young adult book.  I mean, the cover and description are pretty good indicators that it looks and sounds like one – but, alas, it is NOT a YA book. I just wanted to warn any youngin’s out there that thought they might enjoy this one.  You might, but I didn’t. I’m not even a big YA fan – but I do like YA dystopians like The Hunger Games and Divergent. This was not like those books, unfortunately. It’s apparently a “New Adult” book, but that doesn’t really help me either – I just know that I wasn’t a fan.

I tried and tried to like this book a little, but I just could not get into it.  The premise sounds great.  I love anything with “strain” in it (usually).  But this was more about drugs (mods) and a new mod that was leaving a trail of dead bodies everywhere.  The premise sounds awesome and the “dystopian cyberpunk” world also sounded really interesting to me, but there wasn’t much world or character building to make me fall in love with anything.

The story follows a “modded” girl, Liane, who (according to the synopsis) is a girl trained since childhood to be an unfeeling, unthinking killing machine known as an Agent. The first strike with this book was Damian her “handler” as he was called. I didn’t like him at all (I don’t know if I was supposed to or not) but he was basically her controller and wouldn’t let her do anything without being around.  I just got a bad vibe from the book right away because of Damian.  I know that he was there for a reason and that he was supposed to be this overbearing and protective handler – but I just read him as a creep who wanted to be close to her all the time.

Then we move on to Liane’s “love” interest (read screw-buddy) Seth, who is a cop and has a thing for Liane.  Apparently, this book is more “new adult” which I don’t even know what that means. I’ve seen other reviews call it a coming of age story and I can kind of see that, but there were some scenes that really surprised me when I thought this was considered a YA title.

The book itself reads like a “whodunit” mystery in a cyberpunk futuristic world but I just could not get into the plot, the characters, or the mystery.

Overall, a book that I would not recommend unless you like random killing, sex scenes, modded humans, and cyberpunk (I mean doesn’t it sound kinda cool?)

The city of London is beginning to rebuild from the ashes of the Third World War. Ruled by the fascist Libertas Party, the city is a desolate landscape of crime, corruption, and illegal genetic modification that turn humans into animalistic mods. Ineffectually policed, mods blend into normal society by day and rule the ruins beyond the city limits at night. People frequently go missing in this world, and those who want to survive must close their eyes to the crimes committed on their streets.

Within the city lives Liane, a girl trained since childhood to be an unfeeling, unthinking killing machine known as an Agent. Beautiful and deadly, Liane exists in a world of constant surveillance and brutality, living only to carry out the orders of the all-powerful Agency. This secret government organization enforces the laws of Libertas, killing anyone who threatens the tenuous peace within the country. Liane’s only human contact comes in the form of her Handler, Damian, who demands perfect obedience from her and desires for them to be far more than Agent and Handler. Chafing under the rules of the Agency, Liane secretly longs for a normal life and steals away to the ruins to spend time with the mods.

But when mods begin to turn up murdered and mutilated around the city, Liane finds herself wanting to help protect the people who have been her only friends. Working alongside Seth, a young police officer on the Genetic Modification Task Force, Liane defies her Handler in an effort to find the killers. Together, Liane and Seth weave their way through the dark world of cyberpunk London, following whispers of the next genetic advancement known as the Titan Strain.

Audiobook: The Maze by Charity Tahmaseb

2 thoughts on “The Titan Strain by Virginia Soenksen”