The Wanderers by Meg Howrey (Narrated by Mozhan Marno) 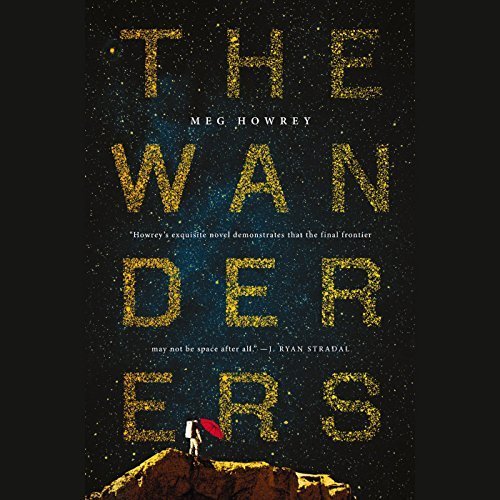 A Book Without An Ending

I wrote and re-wrote a description of the book numerous times.  Each time I gave too much away.  I came up with: basically, some people with things to prove, join up for the MarsNOW program to train to go to Mars.  They are put into a “simulation” to make sure they can make it there and back – along the way – things go wrong and not only are they not sure if they are in a simulation, but they find new things out about each other and themselves.

I really wanted to like The Wanderers – there was something about it that could have bumped it into a better review – but then there were other parts that just kept it going down and down. This might be one of the first reviews I’ve ever half-spoiled.  About halfway through the book I tweeted:

I want to look up spoilers and reviews for the book I’m currently listening to but I’m holding out. I have an idea of what I THINK is happening, but I want to know what’s right. Apparently, my wife has rubbed off on me (she does this during every movie ever) pic.twitter.com/GBqJAClGuk

“I wanted to look up spoilers and reviews for the book I’m currently reading but I’m holding out.  I have an idea of what I THINK is happening, but I want to know what’s right…” – Apparently, even if I’d looked it up I wouldn’t have found anything out.  I’m pretty sure that’s what Howrey wanted with The Wanderers but man did it annoy the heck out of me.

There is no real “ending” to this book.  Sure, it ends and the characters are safe and sound – but you don’t actually know if they went to Mars or not. (Spoiler – I’m pretty sure they did).  But not actually knowing bugs me more than I thought it would.  I don’t like the “American Ending” to movies or books. Everything does not need to end happily-ever-after. But give me what the heck happened.

I know that some people will say that a 2.5 is generous for a book that bugged me as much as The Wanderers did – but I finished it with the hopes I would learn more.  Sure, I was let down, but the fact that Howrey was able to write a book that I HAD to know the ending of is worth something, right?

Overall, The Wanderers was a middle-of-the-road Sci-Fi drama that was more focused on the psychology of “is this a test?” and “are they watching us” than an actual Martian-like book. I’m disappointed, the story could have been so good but just fell short for me. Station Eleven meets The Martian in this brilliantly inventive novel about three astronauts training for the first-ever mission to Mars, an experience that will push the boundary between real and unreal, test their relationships, and leave each of them—and their families—changed forever.

In four years Prime Space will put the first humans on Mars. Helen Kane, Yoshi Tanaka, and Sergei Kuznetsov must prove they’re the crew for the job by spending seventeen months in the most realistic simulation every created.

Retired from NASA, Helen had not trained for irrelevance. It is nobody’s fault that the best of her exists in space, but her daughter can’t help placing blame. The MarsNOW mission is Helen’s last chance to return to the only place she’s ever truly felt at home. For Yoshi, it’s an opportunity to prove himself worthy of the wife he has loved absolutely, if not quite rightly. Sergei is willing to spend seventeen months in a tin can if it means travelling to Mars. He will at least be tested past the point of exhaustion, and this is the example he will set for his sons.

As the days turn into months the line between what is real and unreal becomes blurred, and the astronauts learn that the complications of inner space are no less fraught than those of outer space. The Wanderers gets at the desire behind all exploration: the longing for discovery and the great search to understand the human heart.