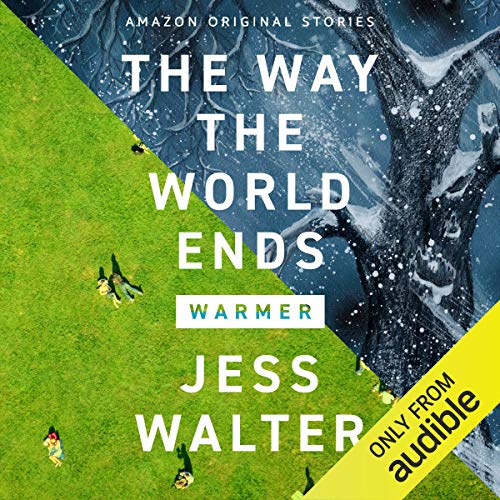 I really wanted to like this story, I love the premise and there were parts of it that I did enjoy but if I look at the book as a whole, I wasn’t a huge fan of it. I think the reasoning behind it is because it felt like it jumped around too much and utilized the paralyzing jumps that some short stories cling to. It’s possible to write a short story without leaving out details or at least with explaining what happened – but in The Way The World Ends it felt like Walter just “jumped” ahead a few too many times without really explaining what was going on.

The story itself was interesting, I thought it was going to be more about the end of the world, but it was about the time before the end of the world (which can also be fascinating). It told the stories of a few different characters and each one was interesting and unique. I’m a little bummed because even now, re-reading the synopsis, I’m confused as to what book that’s describing. It was so much less about the world ending and so much more about the human condition. If it had mentioned that a bit more I probably wouldn’t have had as much of a problem with it – but since it made it sound like it was going to be a short “day after tomorrow”-like story – I was expecting more Michael Bay and less Wes Anderson (I love them both but go into their films with completely different mindsets.

Dan John Miller does a good job narrating this and really helped me get through the book when I was struggling. I can’t tell if there was one mistake or not in the middle of the book (there was a repeated line), but the way the book was written – it could have been there. If I can remember the line, I’ll look it up and change my review to reflect that.

Sleet in Mississippi? In March? A crazy ice storm lays waste to the South in a #1 New York Times bestselling author’s invigorating, touching story of one slippery night, an open bar, and total abandon.

For three strangers whose paths will cross, the storm hasn’t even reached its peak. Two of them are the kind of climate scientists no one ever listens to in disaster movies. The third, against even icier opposition, has just moved to the Magnolia State to come out. Soon they’ll all be pushed closer to the edge, where the bracing winds of cataclysmic change can be so wildly liberating.

Jess Walter’s The Way the World Ends is part of Warmer, a collection of seven visions of a conceivable tomorrow by today’s most thought-provoking authors. Alarming, inventive, intimate, and frightening, each story can be read, or listened to, in a single breathtaking sitting.