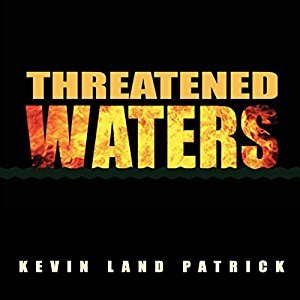 Threatened Waters is a Thriller revolving around what could be a devastating attack on the US and their citizens.  Kevin Land Patrick writes a story that is incredibly thought out and researched — allowing the reader to really get into the story without feeling like “this couldn’t happen” or being pulled out by an inaccuracy.  Now, that being said — I’m not a Park Ranger, CIA or FBI agent,  or an engineer, so I don’t really know if the details inside are actually accurate or not.  But they felt accurate.

This book was fast-paced and hard-hitting.  Every time I thought that I had an exact idea of what the bad guys would do next or what the good guys would do to counteract them the book would take another turn.  I found myself trying to guess one step ahead towards the end and I was still wrong.  Any book that can keep me on my toes without losing me in the dust is an enjoyable one in my book.

Kevin Land Patrick can count himself up there with some of my favorite thriller authors like Nick Thacker and Boyd Morrison.  Threatened Waters had some of the same story and plot lines as some of my favorite books by those authors but he was able to write it in a way that also felt new and unique.

It’s amazing to me, until the last hour or so of the book, I wasn’t sure about the name or the description for Threatened Waters. But without giving much away — the final push of the book really does make everything and you really feel rewarded as a reader as you get to the end.

The narration for Threatened Waters was done by Alex Knox, whom I think lent the perfect voice for this story.  Knox was able to take some of the technical and more detail oriented paragraphs and pages and make them flow like water. I believe that Patrick is lucky to have Knox voice this because it really took an already enjoyable story and made it even more enjoyable.

Overall, you can count Threatened Waters up there as one of my favorite terror-thrillers of 2017.  I’m glad that I was able to check this book out and I will be recommending it to my friends and family.

Water as a weapon of war. The world's vulnerable water supplies. While the world reels from Russia's overtures in its former republics and the Middle East falls into turmoil, Islamic terrorist cells disappear overnight from Europe after meeting with a Russian suspected to deal in unconventional arms. Appearing in the United States through its southern border, multiple attacks on America's vulnerable water infrastructure threaten to return the United States to 18th-century conditions. With the intelligence community compromised, a frantic search develops to uncover the plot and what elements or Nation States are behind it. The attacks require a response from a President seeking reelection. But will it be against the wrong target? Are the attacks designed not only to attack America but also bring American retaliation against the antagonist's real enemy? While the Middle East is embroiled in secular conflict and the vulnerable Russian economy edges toward the loss of its natural gas monopoly with Europe, the United States must confront a new understanding of the importance of electricity and water to 21st century civilization. Kevin Land Patrick is an accomplished water attorney who has represented many of nation’s most prominent companies, people, and water providers. He’s appeared in State and Federal appellate courts, including the US Supreme Court and has written and spoken extensively on water and infrastructure issues throughout the US, Europe, and South America. For more information please visit: www.kevinlandpatrick.com

He is on the Board of Advisors for the Bloomberg Water Law and Policy Monitor and Board of Advisors of the Sustainable Energy Resources Law Institute. He is the founding partner of WATERLAW-Patrick Miller Kropf Noto with offices in Aspen, Denver, Scottsdale, and Tulsa. The firm practices exclusively in the fields of water rights, transboundary water, and water planning. See: www.waterlaw.com He is a PADI Divemaster who enjoys travel, wine, and good books. He lives on a small horse property outside of Aspen, Colorado with his wife and teenage son. 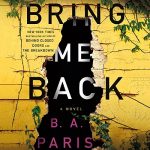 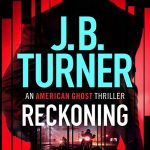 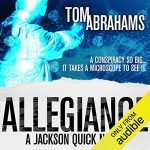 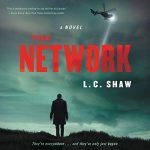