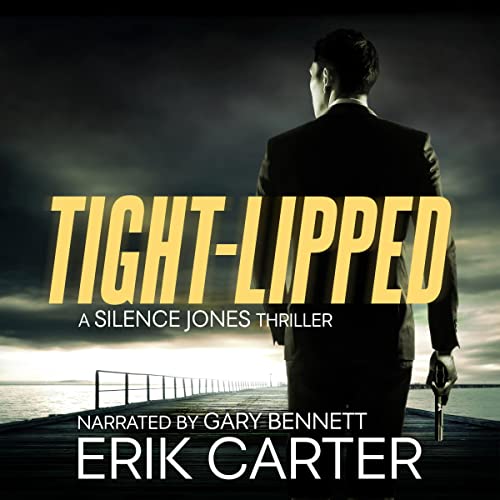 The Best Silence Book Yet!

I sat down, having read the other books in this series – understanding what I was getting myself into and I was still blown away. Somehow Carter has made an already interesting and unique character even more.

Tight-Lipped, book three in the Silence Jones series starts off with the end of one of Silence’s missions. He’s quickly thrown into another mission and this time it’s high-intensity and deals with other parts of the government. The woman that he has to meet up with and help is skeptical and especially so of the shadowy government types. I liked their interactions a lot and the bond and the trust that was developed over the length of the book really made Silence even more likable. He’s still an antihero for sure – there was even a line later in the book that cracked me up where he mentioned how he’s one of the good assassins not one of the bad ones (purposefully messing it up as to not give away the scene).

Also, this being a multi-state and multi-person mission made this one really interesting and one that was damn hard to put down. Add in the great narration by Gary Bennett and it was easily one of the best in the series on top of being a great thriller from start to finish. In the book description he says “hold on tight” and that’s true. This one was a jet-setting mystery that I couldn’t put down that went from 0-100 and kept it near 100 throughout.

But the secret has been kept for years.

Vigilante assassin Silence Jones is accustomed to hunting people who escaped justice. But nothing can prepare him for the depths of deceit he’s about to face.

People are being murdered across the United States, and law enforcement is powerless to stop it. The victims’ only connection: They’re all survivors of a military training disaster years earlier.

As Silence feverishly chases the killer around the country, he uncovers a sinister cover-up and the dark forces willing to do anything to maintain the secret. If Silence is going to stop the slaughter, he’ll have to tear down a web of lies that powerful people have held in place for years.

The next stand-alone action thriller in the pulse-pounding new series. Enter the world of Silence Jones. Hold on tight.

Each book in the explosive Silence Jones Action Thrillers Series is a stand-alone mission, and there is no chronological order, aside from book one, The Suppressor, the character’s origin story.

Dawn of the Storm (Raina Storm #1) by Ki