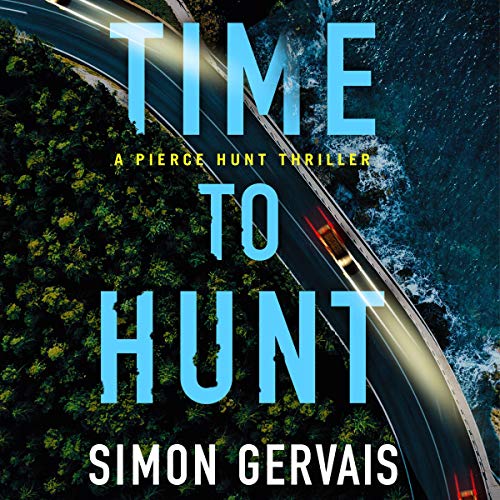 Time to Hunt was just the book I needed. I knew I needed something fast-paced and action-packed and this had both of those in spades. Gervais knows how to write a thriller and this one is definitely one that I won’t forget for a while.

This is the third book in the Pierce Hunt series and reading them in order will definitely help you follow along with the story. Gervais includes enough data from former books (and ops for the guys in the book) so that you’re not completely lost, but the relationships and the way that they are with each other (along with who people are and whether or not Hunt trusts them) is something that the other two books help a lot with.

As I said above, this book was absolutely non-stop action. Every corner held more things and I felt like every time I stopped to catch my breath we were right back in it. I love when a book gives you little windows to breath but even then you never feel like you’re going to catch your breath until it’s finished. Time to Hunt was definitely one of those books.

Of course, this book was made even better by the veteran narrator Bon Shaw (aka R.C. Bray). He does a great job being Hunt along with ramping up the already-at-a-10 action to 11. I’m glad that Gervais and Shaw were able to work together again for this series and I hope, if there are more Hunt titles that Shaw is attached to their audio.

In the latest addition to the acclaimed Pierce Hunt series, Hunt races across Europe to stop an ever-changing threat to national security before it’s too late to save his country or his friends.

When the CIA calls on former Army Ranger Pierce Hunt to find a missing operative and friend, the last thing he wants to do is leave the peace of home and family behind. But there’s more to this mission than meets the eye, and Hunt knows he has no choice but to risk everything to save his friend and protect his country.

Hunt’s target is Jorge Ramirez, who allegedly has information that poses a threat to the national security of the United States. As Hunt tracks Ramirez in Switzerland, he learns that someone close to his operation has betrayed the CIA. His team is attacked, and not everyone makes it out alive.

Facing betrayal on an international scale, Hunt doesn’t know who to trust. The rules of engagement have changed, and the body count is rising. Will he find out the truth in time, or will this be Hunt’s final mission?