Top Of Her Game by M Ullrich (Narrated by Keira Grace) 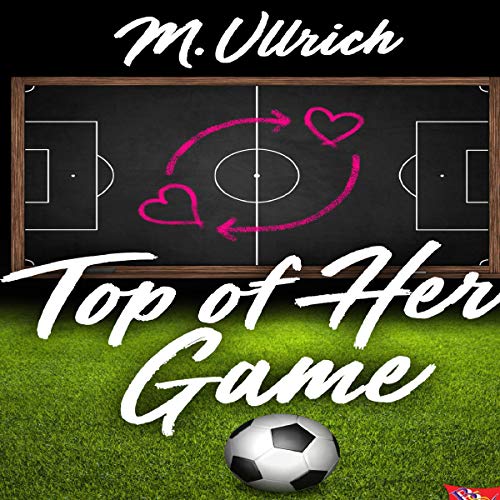 Made Me Feel Every Emotion

The amount of times that this one book put a smile on my face… was a lot. Ullrich did a great job making this a super cute Sports Romance book. She also took some of the serious notes and threw them in there too. (I was getting towards the end of the book and I thought, wow this book isn’t going to have the typical issue/drama in the relationship — little did I know just how wrong I was about to be). Ullrich covers an insanely accurate topic and I thought did an insanely good job with it (I won’t spoil it, but it happens in the final third of the book).

Top of Her Game tells the story of Kenzie Shaw (aka Chicken) – a hot rookie signed to one of the best teams in women’s soccer. It’s about her rise but also about getting to play with her idol and her longtime crush.  Things heat up both on and off the field and what comes out was a fantastic book that had me smiling, laughing, crying and every emotion in between.

The setting and the characters were realistic and well thought out. I found every person to be believable and every interaction that they had to be true to human form. Sometimes in books like these authors can make wildly fake feeling people – but that was not the case here. Every person Kenzie and Sutton interact with felt real. Especially in the later parts of the book when it gets a bit darker.

Overall, a fantastic book that I absolutely couldn’t put down. Ullrich will definitely be a name that I look out for in the future, and I hope that she writes books similar to this that get turned into audiobooks as well.

Kenzie Shaw is the most sought-after rookie in women’s major league soccer, but her life changes forever when she’s drafted in her home state of New Jersey. After all, it’s not every day you get a chance to play alongside your idol and the woman you’ve crushed on for years.

Sutton Flores has soccer in her blood. Her father raised her to play, her brothers pushed her even harder, and her coaches shaped her into a superstar athlete. Despite her success, Sutton never lost sight of what matters most – her family, friends, and the woman she’s dating – even if most of her relationships fizzle out as quickly as they start.

Kenzie and Sutton’s chemistry as teammates quickly escalates to undeniable attraction off the field, but when allegations of sexual harassment rock the team and their relationship, they must decide if they’re willing to sacrifice their dreams for love. Are they destined to last, or are they players in a game set to lose?

Under the Sitka Sky by Violet Morley (Na

Sprinkled in the Stars by Violet Morley