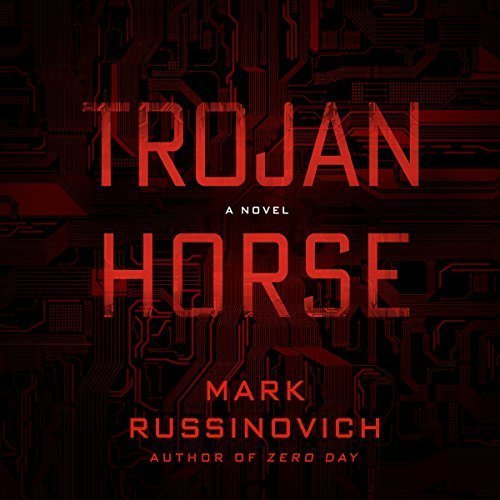 A Tight and Technical Technothriller

I read the original novel by Russinovich years ago (Zero Day) and absolutely loved it.  Jeff Aiken was such a fun and different character. And Russinovich was incredibly detailed in his writings about the zero day virus he was writing out.  It helps that he has lots of knowledge in the tech world having worked at Microsoft and other tech firms.

Trojan Horse was a little different, showing off more of the thriller part of technothriller — it was a little bit focused on the virus(es) and computer stuff, but more focused on Jeff and Daryl trying to save the world… again.

The story itself was strong and a fun one to follow.  Trojan Horse as a book was one of the most fun technothrillers I’ve read in a while. There were just nonstop action scenes intermixed in with some technical detail here and there.  The best part is that this book is a few years old now and it could still be as true as the day it was written.  All of the things inside are possible, have happened, or could easily happen.

I can’t wait to continue the series and read the third Aiken novel and I’ll hopefully get to that this year.

If you like action-packed Technothrillers — Trojan Horse is definitely for you.  Russinovich wrote a tight and technical thriller that I’ll remember for a while.

Trojan Horse was narrated by the great Johnny Heller — if you’re an audiobook person I don’t have to say much more.  If you’re not, he has a wonderfully easy voice to listen to and made this book fly by.

It's two years after the Zero Day attacks, and cyber-security analyst Jeff Aiken is reaping the rewards for crippling Al-Qaida's assault on the computer infrastructure of the Western world. His company is flourishing, and his relationship with former government agent Daryl Haugen has intensified since she became a part of his team.

But the West is under its greatest threat yet. A revolutionary, invisible trojan that alters data without leaving a trace---more sophisticated than any virus seen before---has been identified, roiling international politics. Jeff and Daryl are summoned to root it out and discover its source. As the trojan penetrates Western intelligence, and the terrifying truth about its creator is revealed, Jeff and Daryl find themselves in a desperate race to reverse it as the fate of both East and West hangs in the balance.

A thrilling suspense story and a sober warning from one of the world's leading experts on cyber-security, Trojan Horse exposes the already widespread use of international cyber-espionage as a powerful and dangerous weapon, and the lengths to which one man will go to stop it.