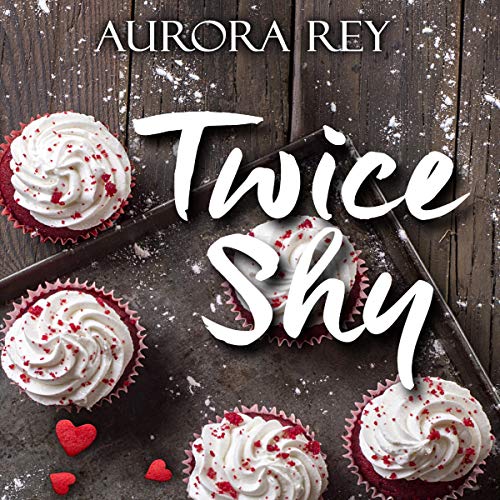 Great From Beginning To End

Twice Shy was a super cute book that I couldn’t put down. Rey was able to write characters that weren’t only believable but you cheered for both of them for different reasons. I liked the different aspects that Rey added in (like wanting to hire a female-lead construction crew instead of a male-owned business) and the things that would matter and mean something to these characters.

I knew going into this one that it was going to be exactly what I wanted out of a book. A slow-burn romance where both parties had been through some stuff. They found each other and it didn’t seem like it was going to work, then suddenly things fell into place and started working. Thankfully, there wasn’t a massive “problem” invented to keep them apart but there was enough drama the solidify their relationship and prove that it was worth staying for.

The overall feel of this book left me with a smile on my face and honestly it was there for almost the entire story. It was just really cute and enjoyable. Add in the narration by Keira Grace (this was the second book she’s narrated that I really enjoyed) and you have an audiobook that was great from beginning to end.

Sometimes, you get a second chance at love. Sometimes, you hook up with your ex and remember why you broke up in the first place.

Amanda Russo knows better than to give her failed marriage another try, but the brief fling reminds her there’s more to life than work and parenting. When the architect she hires to remodel her bakery turns out to be as charming as she is talented, Amanda finds herself ready to take a chance on new love. The only problem? Her ex-wife didn’t get the memo.

For Quinn Sullivan, the sting of divorce is still fresh. Getting set up by pretty much everyone she knows hasn’t inspired her to give love another shot. Meeting Amanda does. Sure, they’re working together, but that’s not a deal breaker. Amanda’s ex might be another story.

The Rift In Our Reality by Amy Proebstel