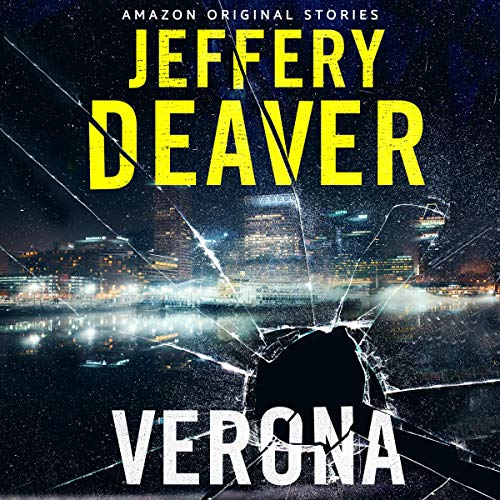 I don’t know what made me grab this Kindle/Amazon Original Story – but boy am I glad that I did. I don’t think I’ve ever read anything from Deaver before this, but I’ll be sure to add him to my list from now on.

He wrote a near perfect short story. 70 pages on a Kindle, and around 2 hours in audio – Verona was one of those stories that felt familiar yet brand new.  Deaver actually coins it’s exact feeling late in the book. I’ll throw it in spoiler tags just in case you don’t want to know.

Without going too deeply into the story – I was fully and completely fooled.  I was a quarterback sitting happy in the backfield and just got absolutely blindsided by the twist in this story.  I don’t know if it was obvious to others, but it caught me completely off guard.

The story itself was great.  It didn’t need to be any longer and if I’m being frank – it probably couldn’t have been.  Deaver was able to tell the story just the way it needed to be told without all the extra baggage of hundreds of unneeded pages.

When your mob families are at war, what are the risks of giving love a shot?

In this explosive short story, international bestselling author Jeffery Deaver brings readers a classic tale of star-crossed lovers who defy the boundaries of enemy territory. When an underworld kingpin gets taken out, his prime turf is up for grabs. For Irish crime lord Brendon Nagle and archrival John Yung, head of a forty-man tong, it’s war. For Nagle’s son, Andrew, and Yung’s daughter, Loi, it’s love at first sight. But others are watching as their secret love unfolds. Surveilled, suspected of betrayal, and targets of their fathers’ ruthless greed, Andrew and Loi know this story well. They’re doomed. But they have plans of their own. Challenging the violent rules of the mob, they’re rushing headlong toward a fate that few can see coming.