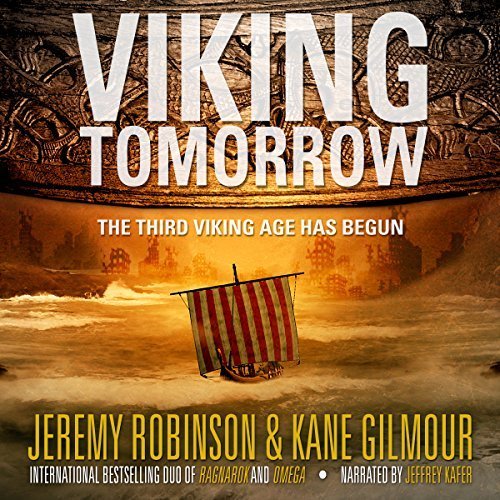 In a ravaged world, in the wilds of Scandinavia, there is a civilization that has survived….. barely. They are barren, with no live births in over a decade. A scientist has put a call out for the greatest warriors because there is hope for humanity, but it’s in Italy, and with no way to get there quickly or safely, it’s an important but extremely dangerous mission.

Val is determined to lead the mission, and with proving her worth in a battle, she is tasked with bringing the genetic material back from Italy. Along with a small group of Vikings, Val sets out with some provisions and the few quads they have managed to keep running. But the world is totally different than what they are used to and the group has to contend with mutated animals and groups of gangs. Can they make it or will this be the death of them?

I devoured this book!! It was absolutely brilliant!! Comparing it to “the savagery of the History Channel’s Vikings with the frenetic chase scenes of Mad Max” sums this up perfectly. I adored the Viking group, especially Val and Ulrick. Val was such a kick-ass character and her second in command Ulrick was the same. Ulrick respects Val in a way none of the others do. He backs up her decisions and Val comes to rely on him too.

Right from the start, we are brought into the action and taken on an unforgettable journey. The world these authors have created was brutal, deadly and oh so good!! The team have to learn new things as they go, have to learn to work together and most importantly, learn to trust each other, and I loved seeing that play out. Things don’t always work smoothly, but I loved how Val does her best for all her men.

In all, this was an action-packed, adventurous and extremely fun book to read. I’ve always loved reading about the Vikings, and when you add in a creature feature, I knew I’d love this, and love it I did!! Filled with amazing characters, danger at every turn, deception and plenty of action, this is a must read for everyone!!! I really hope we get to see Val and Ulrick again soon.

What can I about Jeffrey Kafer’s performance that I haven’t said before?? Every book he reads, he brings his “A” game. He read this well and his accents were actually pretty good. I say that because he had to do quite a few different ones here and they were great. He is so easy to listen to and nails the performance.

The world is barely holding on. A century after a series of apocalyptic events, humanity is struggling to survive. In the frigid north of Scandinavia, people have returned to farming, fishing, and fighting amongst themselves, living as their ancient Viking ancestors once did. But their days in the world are numbered. The last tattered remnants of humankind have become barren. No new live births have occurred in over a decade. When the remaining population dies, the human race will end.

When a call goes out to the greatest fighters in the North, men capable of surviving a long journey and crushing any obstacle in their path, a young female berserker named Val takes up the challenge. With her eyes hidden behind red-lens goggles, she violently proves her worth, seizes control of a small band of fellow berserkers, and heads south to claim her prize: the first glimmer of hope for a tomorrow.

Traveling deep into the wastes of Europe, surrounded by dangerous landscapes and the mutated creatures that populate them, they find themselves pursued by enemies determined to stop them at all costs. Attacked from without and betrayed from within, Val fights for the future, and if she fails, humanity fails along with her.

Jeremy Robinson and Kane Gilmour imagine a world that has survived multiple apocalyptic events, mixing the savagery of the History Channel's Vikings with the frenetic chase scenes of Mad Max, resulting in a high-octane battle raging across Europe with the fate of humanity at stake.

Also by this author: Hunger, From Above, Herculean, Helios

Jeremy Robinson is the international bestselling author of sixty novels and novellas, including Infinite, The Distance, Unity, Apocalypse Machine, and SecondWorld, as well as the Jack Sigler thriller series and Project Nemesis, the highest selling, original (non-licensed) kaiju novel of all time. He’s known for mixing elements of science, history and mythology, which has earned him the #1 spot in Science Fiction and Action-Adventure, and secured him as the top creature feature author. Many of Jeremy’s novels have been adapted into comic books, optioned for film and TV, and translated into thirteen languages. He lives in New Hampshire with his wife and three children.

Kane Gilmour is the international bestselling author of The Crypt of Dracula. He has co-authored several titles with Jeremy Robinson and also writes his own thriller novels. In addition to his work in novels, Kane has had short stories appear in several anthologies and magazines, and he worked on artist Scott P. Vaughn’s sci-fi noir webcomic, Warbirds of Mars as well as on Jeremy Robinson’s comic book adaptation of the novel Island 731. He lives with his significant other, his kids, her kids, and three dogs in Vermont. He’s thinking of buying a farm to house them all. 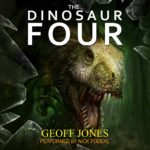 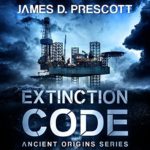 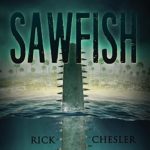 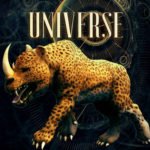 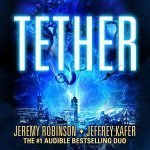 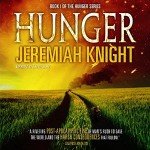 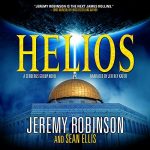 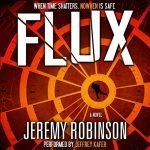