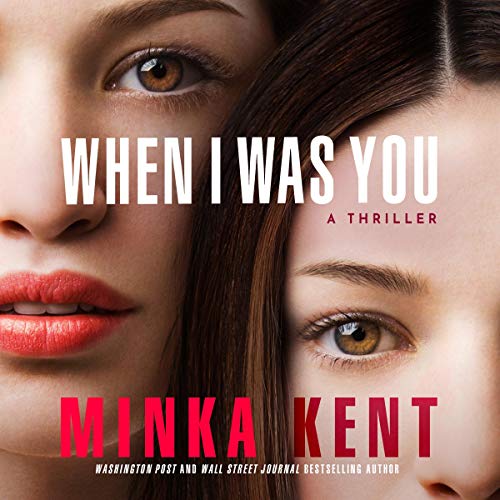 I Was Flabbergasted By This One

The twists and turns within this one are top notch. Right when I’m pretty sure I understand and know the story, Kent not only flips me on my head but basically starts another book it was such a shock. I probably should have seen it coming, but Kent really pulled the wool over my eyes.

Now, given that there are a few moments in the book that if I talked about them would really ruin the surprise I was talking about above – know/understand that this review will have to be short. I can’t talk much about the book at all, know that the synopsis only covers the intro of the book and the first parts of it. Kent does a great job writing enough into the synopsis to get you hooked but then saves the suckerpunch for the later rounds.

When I Was You was an intense book. There were times that I couldn’t put it down – and others where I had to put it down so that I could take a breath. Know that not just the mystery and thriller aspects were top notch.  Her character development was also some of the best I’ve read in some time. Brienne was a deeply screwed up main character and her flaws were part of her. They just became her. And it made her a more believable character. Niall was also well written out. We don’t find out much about him until later in the book, but once we do, that world is just insane.

Overall, a phenomenal book that I won’t forget for some time. Kent wrote a deep and insane story that kept me reading late into the night. Add in the narration by Erin deWard & Will Damron and you have an even better book.  They trade off chapters later in the story, but any time it’s from Brienne’s point of view deWard kills it. And Damron is one of my favorite narrators for these types of books. His version of Niall was composed and thoughtful when it needed to be and dark and menacing later in the story.

A stolen identity leads a woman down a dark and desperate path in a gripping novel of psychological suspense by Wall Street Journal bestselling author Minka Kent.

After barely surviving a brutal attack, Brienne Dougray rarely leaves her house. Suffering from debilitating headaches and memory loss, she can rely only on her compassionate new tenant, Dr. Niall Emberlin, a welcome distraction from the discomfiting bubble that has become her existence.

But Brienne’s growing confidence in her new routine is shaken when she stumbles across unsettling evidence that someone else is living as…her. Same name. Same car. Same hair. Same clothes. She’s even friended her family on social media. To find out why, Brienne must leave the safety of her home to hunt a familiar stranger.

What she discovers is more disturbing than she could have ever imagined. With her fragile mind close to shattering, Brienne is prepared to do anything to reclaim her life. If it’s even hers to reclaim.

When I Was You by Minka Kent
Narrator: Erin DeWard, Will Damron
Length: 8 hrs and 27 mins
Published by Brilliance Audio on February 1st 2020
Genres: Suspense
Format: Audiobook